At almost 35, is Hatem Ben Arfa physically cooked for Ligue 1? 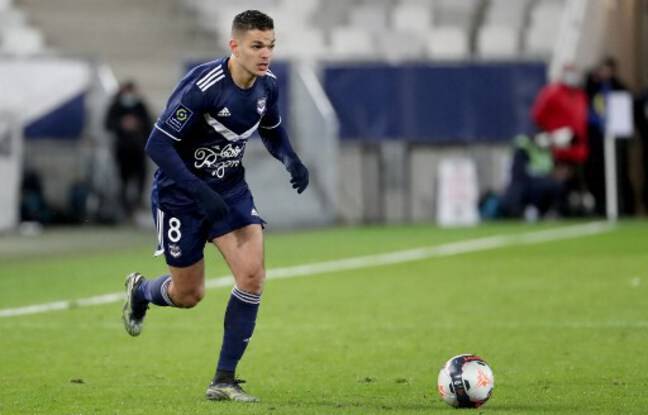 Everything is ready, only details remain to be settled before signing. Arrived Monday in Lille, Hatem Ben Arfa will become a Losc player in the next few hours until the end of the season. “He is there and trains individually. We are waiting for the green light. I hope it will be resolved very quickly so that he can join the group, ”confirmed Tuesday Jocelyn Gourvennec, the coach of Losc who receives Lorient this Wednesday (7 p.m.) in a late Ligue 1 match.

At almost 35 years old, the player is preparing to join the seventh French club of his career (Lyon, Marseille, Nice, Paris, Rennes, Bordeaux). A nice media stunt for the northern club but a real question on a sporting level. Because Ben Arfa has not played an official match for nine months. Even if everything is fine because-he-trains-individually-with-a-physical-trainer-don’t-worry-about-him, a tenacious myth advanced by all the left behind on the pitch, as if a personalized preparation could replace the intensity of a basic collective training.

A physique in question

“From what we have seen of him he is ‘fit’. It has been checked individually and it looks good,” assures Gourvennec. Good. Same opinion on the side of his great friend Mathieu Bodmer. “Hatem is sharp. I saw him not long ago, he is in great shape. He trains once or twice a day so I don’t have too many doubts about the athletic part,” the Prime Video consultant said on Sunday. Candy.

Impossible for his future coach and his great friend to say that Ben Arfa is on the street physically. However, the question clearly arises for a player who has not done any collective pre-season preparation for five years and his last season at PSG, when he was already a tricard. Whether in Rennes, Valladolid or Bordeaux, the ex-genius of French football signed his contracts each time after the recovery, dodging the founding cardio sessions to keep up. It just happened in Brittany, much less in Spain and Gironde where Ben Arfa struggled after two decent months. Suddenly, difficult to ignite before his landing at Losc.

An explosiveness that decreases with age

“It all depends on what he has done in the meantime. For it to work physically, you have to do exactly what you do throughout the season at club: put intensity all the time and then also put some play. You have to reproduce what is done in a normal season “Explains Fabien Richard, individual physical trainer who revived Ben Arfa then lacking playing time in Lyon.

But that was in 2007, a time when the striker was still a kid. Fifteen years later, it is no longer the same story as recognized by the physical trainer Alexandre Dellal. “Hatem needs volume to make a difference with his above average technical quality. And his explosiveness, his high-intensity changes of pace are paramount in his game. But the qualities that decline most quickly when you’re over 30 are explosiveness and the ability to repeat high-intensity sprints,” explains the former member of the OGC Nice staff during the Ben Arfa era (2015-2016).

He hasn’t played for eight months

Another handicap for the former international: the lack of land. Even if he has already assured to do 5 against 5 to keep the rhythm during these periods without a club, like when he was waiting for his signing in Nice to be approved by Fifa, nothing replaces the real ground. “You’re losing pace, that’s obvious. What often happens is that the guys are good in the first two or three games before having a small physical hole in their stride, ”explains Fabien Richard.

However, his former physical trainers assure him: Ben Arfa is not finished thanks in particular to extraordinary technical qualities. And contrary to what he can sometimes show, the attacker is a hard worker. “He has a healthy lifestyle. He watches what he eats and is very conscientious. He is an intelligent boy, well surrounded who has a maturity which allows him to know what he must do and what Ligue 1 requires for a player of his position, ”explains Alexandre Dellal.

“For it to work physically with Hatem, you have to tell him that you love him”

Maybe it’s Ben Arfa’s luck. Often a starter during his previous stints in Ligue 1, the 34-year-old comes above all to be a complementary player at Losc, the kind of guy capable of making you rock a match by entering the last quarter of an hour. A logical status in a club which did not need him to be champion of France or qualified for the knockout stages of the Champions League.

It remains to be seen whether the transplant will take quickly with the Lille locker room, because Ben Arfa needs the head for the legs to turn. “For it to work physically with Hatem, you have to tell him that you love him. Hatem needs to be very much loved. If you know how to take it, it will go very very far. When he wants, he’s fantastic, when he doesn’t, it’s more complicated. He’s really a cyclical person, ”supports Fabien Richard.

He arrives in Lille on familiar ground

Fortunately, this great emotional will be in good hands in Lille. In the locker room, he knows Benjamin André well, with whom he won the Coupe de France in Rennes. In the offices, his proximity to Olivier Létang, the main reason for his coming to Lille, will also be an asset. The same goes for his relationship with Martin Buchheit, head of performance of Losc, whom Ben Arfa has already rubbed shoulders with at PSG.

“He’s a huge player who can surprise athletically if you have confidence in yourself. And in Lille, he arrives in a field where he already has his bearings, which is very important, ”concludes Alexandre Dellal. It remains to be seen whether the heart will succeed in making up for the lack of legs for these five months in the North.