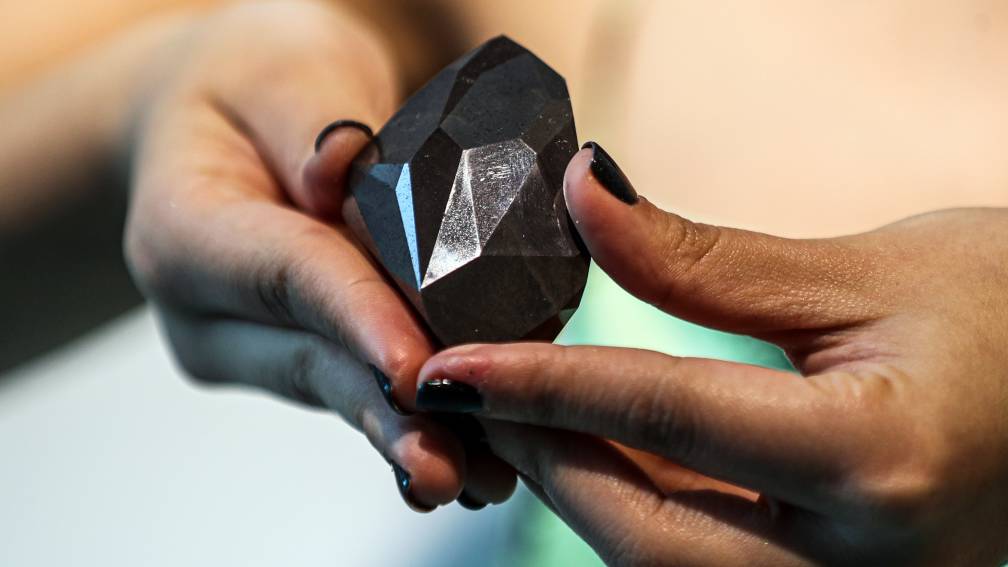 A rare black diamond is on display for the first time. It will be exhibited in Dubai and will soon be auctioned.

The gem is also called ‘the enigma’ and is also in the Record Book. It is the largest cut diamond in the world. Experts think that the diamond will be sold for about 6 million euros.

The enigma is more than 2 billion years old and comes from space, according to the auction house. The diamond probably formed when a meteorite hit the earth. The gem also contains a substance that is only found in meteorites.