Valérie Pécresse imposes her conditions for the Bourdin program on BFMTV 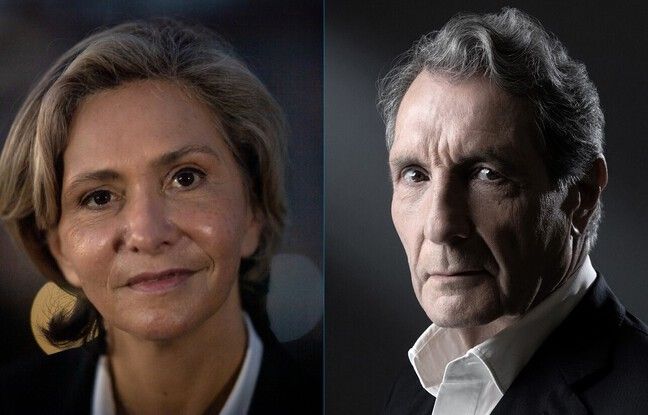 This Tuesday, Jean-Jacques Bourdin launches his new political program on BFMTV, France in the eyes. A relocated meeting during which presidential candidates will answer questions from citizens. Valérie Pécresse (LR) is the guest of this first issue which will take place in Uzerche in Corrèze. The opportunity also to cement the central role that the host is supposed to hold in the device of the channel to cover the election.

But this Tuesday is far from being like the others for Jean-Jacques Bourdin. The Paris prosecutor’s office announced in the morning that an investigation has been opened against him for suspicion of sexual assault. A former BFMTV / RMC journalist filed a complaint against him last week for facts dating back to 2013.

BFMTV, contacted by 20 Minutes, indicated that the presence of the journalist at the controls of the prime-time show was not called into question. At least, that was the case when we called at 3:25 p.m.

Valérie Pécresse, however, conditioned her participation in La France dans les yeux to “an introductory remark” that she will make during the antenna and about which her entourage did not give details. The chain would have given its agreement.

The unions question the maintenance on the air

Already on Sunday, the day after the announcement of the filing of a complaint, the SDJ (society of journalists) of BFMTV, RMC and RMC Sport wondered “about the relevance of keeping Jean-Jacques Bourdin on the air for the time of the ‘investigation “. This Tuesday, the CGT and the SNJ (national union of journalists) of NextRadioTV made it known that they associated themselves with this press release: “If our unions are committed to respecting the presumption of innocence, we also believe that [le témoignage de la plaignante] is believable. »

And to add: “We are wondering about the choice of keeping Jean-Jacques Bourdin on the air during the investigation. The credibility of our branches depends on it. (…) How to imagine employees still in office testifying against a personality of our antenna. »

On Sunday, the Altice Media group, owner of RMC and BFMTV, announced the launch of an internal investigation. “We are not minimizing this accusation, nor giving it a disproportionate dimension, had declared to the Parisian Marc-Olivier Fogiel, CEO of BFMTV. There is nothing preventing Jean-Jacques Bourdin from doing his job. A simple complaint does not justify disqualifying someone. But these remarks were made before the prosecution opened its investigation.