‘Sustainable Winter Games’ depend on huge amount of fake snow 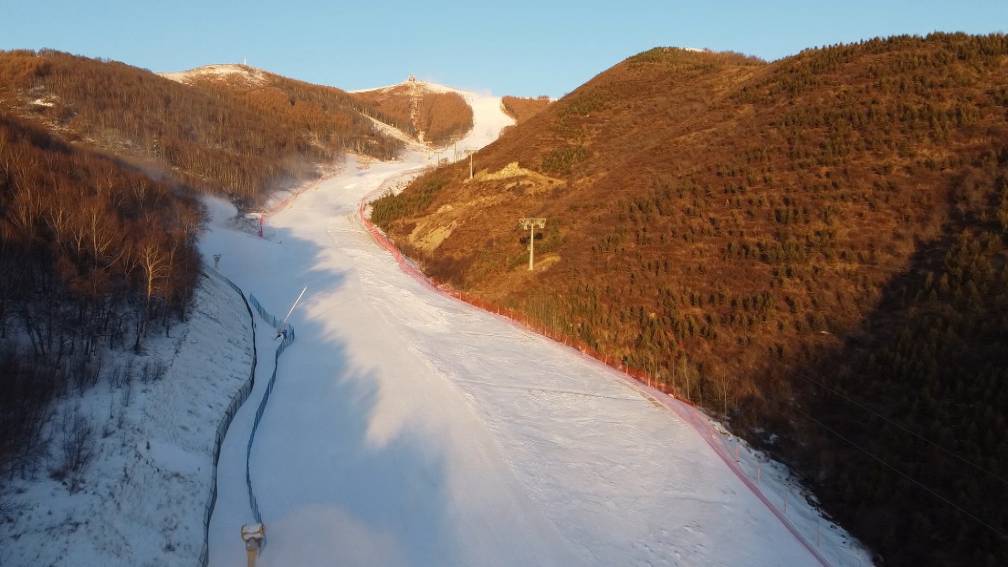 That is also the view of the authorities, who say they are strongly committed to water-saving measures. “The artificial snow system uses the world’s most advanced techniques and is highly efficient,” said Yan Jiarong of the organizing committee at a press conference. “Waste of water resources is prevented, there is no impact on the environment.”

People prefer to talk about what has come to be called “CO2-neutral Games”. For example, within the Olympic bubble in Beijing, only natural gas and electricity would be driven. Yanqing and Zhangjiakou are deploying buses that run on hydrogen. Energy is often generated from renewable energy sources, such as wind.

Critics have questioned building ski resorts in the mountains, but Zhangjiakou Deputy Mayor Liu Haifeng says everything has been thought of: massive trees have been planted. “In the competition area in Chongli, the forestation is now at 81.02 percent,” he says. In 2015 it was still about 50 percent. They are trees that have to hold back the sand of the Mongolian desert plains and prevent erosion. They would also retain water better and help ‘neutralize’ CO2 emissions.

In the state media, asking questions about sustainability is often referred to as a ‘western media smear campaign’, as party spokeswoman Global Times described it last week. The subject is sensitive: several Chinese experts stated that they did not want to give interviews on the subject.

Greenpeace wanted that and is showing itself mildly. “If we look purely at the use of water, I think it is relatively sustainable,” said Gan Yiwei, campaigner at Greenpeace. “Of course we hope that people will continue to pay attention to sustainability in the longer term, when the Olympic Winter Games are over.”

According to Beijing, that is a must. “What used to be the Water Cube (built for the 2008 Summer Olympics) has now been converted into the Ice Cube,” said Yan of the organizing committee. “The basketball hall in Wukesong now serves as an ice hockey hall.” The Ice Ribbon, where the long track skaters will compete for the medals, is new, but the majority of the stadiums were also used during the 2008 Games.

The authorities believe that many of the facilities will also be used after the upcoming Games, including by making winter sports more accessible to larger groups of Chinese. “An industry in which a large part of the people in Zhangjiakou have already found a job in recent years,” said Deputy Mayor Liu. “The snow rice bowl”, he calls it. A job for life.

The Winter Games start on February 4. Corona is also a challenge: China is doing everything to keep the virus out. Sjoerd den Daas previously made this video about the Olympic bubble: