How snowboarder Victor Daviet saved the Afghan team from the Taliban

“It’s still a hell of a story,” breathes Victor Daviet. Since last summer, the 32-year-old professional freerider has been on the front line to extradite the 14 members of the Afghan national snowboard team, threatened with death by the Taliban because of their practice of this sport.

The Annecy, vice-champion of European slopestyle in 2010, did not imagine being embarked on such an adventure, which contributed to the birth of the association Snowboarders of solidarity (S.O.S.). From an improbable competition in Pakistan a year ago to the extraction of 14 young Afghans (including five women) aged between 19 and 23, the snowboarder tells 20 Minutes about this crazy rescue. 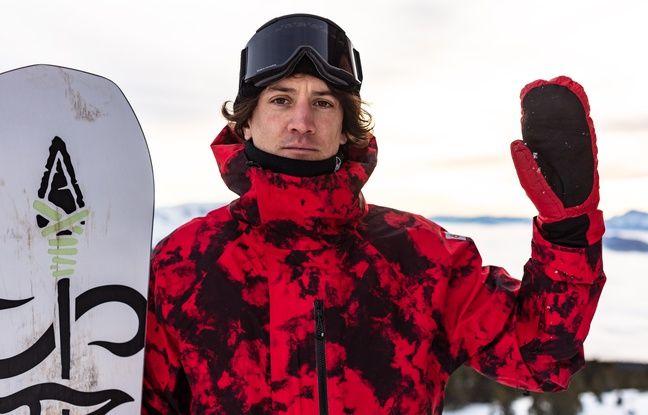 Victor Daviet was vice-champion of European slopestyle in 2010 before specializing in freeride videos. – Solomon

How did you come into contact with the national snowboard team of Afghanistan?

I left in January 2021 for Pakistan with Julien “Pica” Hery, a well-known Chamonix guide, an excellent freeride snowboarder, and a regular on expeditions there. He created the ZOM connection association to develop winter sports in Pakistan, so we went there to distribute equipment there. We also trained the Pakistanis in snowboarding, ski touring and ice hockey. You should know that Pakistan has 228 million inhabitants and only 3,000 skiers and snowboarders. In the Malam Jabba station, there was a very rootsy international competition, with a Belgian, a single chairlift, and therefore the Afghan team that had been created shortly before. For a week, we were in the same hotel as the dozen Afghans present and we spent our evenings drinking tea with them.

They have 20 snowboards all over the country, that’s the equivalent of what I get every year as personal equipment. They have no station, no groomed trail. They only practice their passion by the side of the roads, on the passes. For most of them, it was their first time on a chairlift in Malam Jabba. But their team is well organized, around several members who were in skateboarding associations. It looks like the beginnings of snowboarding in France actually. They are just a little out of step with time, and on the level too (smile). Seeing their reactions made me feel like a superhero on my snowboard. As soon as I do a little figure, it’s like I’m performing a magic trick.

Did you then plan to meet again?

Yes, as I do a series of snowboarding videos, Trip Roulette, I said to myself that we had to highlight these brilliant young people. So the plan was for me to go to Afghanistan this winter to snowboard with them. Then there was this call from the head of the Afghan team on August 17 at 8:30 a.m., while I was on vacation with my girlfriend in Paris. He said to me, “You are currently the closest person to us in the West. I’m sorry, our trip together in Afghanistan is not going to be possible. But you absolutely must help us get out of the country because we received letters from the Taliban threatening us with death. » 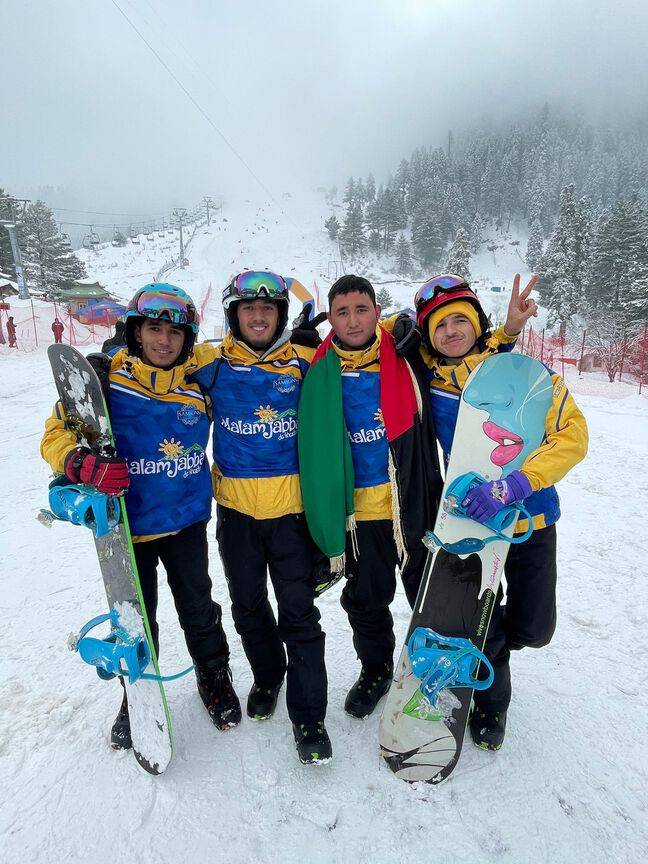 Young Afghan snowboarders for the most part discovered a real groomed piste for the first time last year in Pakistan. – V.Daviet

That’s right, I have a big heart, but I’m just a good snowboarder. My first instinct was to go straight to the Afghan embassy in Paris. I found myself in the middle of a lot of people, without being able to get the slightest answer. To try to help the team, I then started writing on Twitter to the French ambassadors in Kabul, to senators, but there were obviously millions of people in this situation. I also asked for help on Instagram and Facebook to exfiltrate these young people. This was partly a mistake because it exposed them a bit on the Internet.

But this is where we see that social networks still sometimes have a positive role. Because my two posts made it possible to create a group on Telegram bringing together volunteers determined to help these young people. I came across real little angels ready to accompany this story, including my two “American angels”, a lawyer and a very connected person, plus Laurent Pordié from the French snowboarding federation and my photographer-director friend Jérôme Tanon. Only big-hearted people with whom we created the Snowboarders of Solidarity association.

What were the most stressful moments in allowing these 14 young Afghans to leave their country?

It was necessary to find funds as well as local contacts to get them out, either by air or by land. Missions have come up and they have failed, with huge twists and turns. Checkpoints exploded as everything was settled. In September, a private militia was once called in to smuggle them out of the country by land. We had all the documents, Pakistani and Canadian visas. But these visas were not enough to cross the border, whereas we had managed to bring them from Kabul all the way there. It was THE big failure. We really thought we were in a secret agent movie, it was unreal.

How did these young people experience all these twists and turns?

You should know that they had never grown up under the Taliban regime given their young age. They lived a little western style, some speak good English in the band. And there, they are young people of 20 who had to leave family, studies, past, absolutely everything, overnight, to save their skin, even that of their family that they were putting in danger by staying in the country. All without money because the Taliban blocked their bank account. The five young women were all the more targeted by the Taliban regime, so they had to be brought out first. 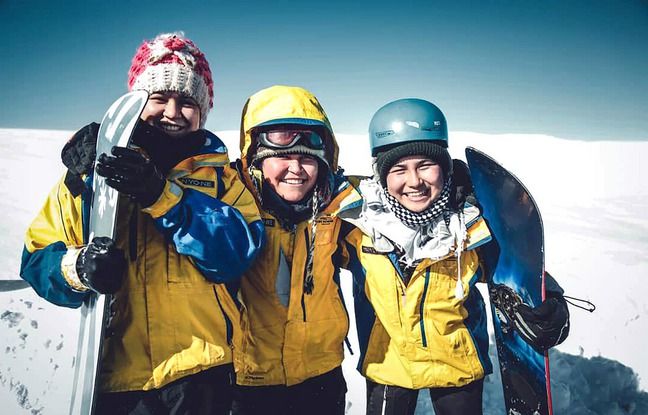 The young snowboarders of the Afghan team were the most threatened last summer by the return to power of the Taliban. – V.Daviet

What was the outcome of these multiple extradition attempts?

13 members of the team left in October by air. It was a bit in save who can mode. We put them where we could on planes. When the American troops left at the end of August, the funnel tightened and we did what we could. There remained one last member who was reluctant to leave his family and who finally left Afghanistan last week. We didn’t want to communicate this whole story earlier so as not to make him take even more risks. We took a lot of precautions and now we need help, especially in terms of political contacts.

Are they all currently safe?

Seven of them are temporarily together in a country bordering Afghanistan, in a precarious situation with a tourist visa. We are looking for a host country offering them the right of asylum. We can’t get a visa for them because unfortunately, it’s no longer a hot topic in the eyes of the world. We no longer see on social networks Afghans who fall from planes to save their skin. The seven other young people are scattered around the world between Canada, the United States, Germany and Sweden.

What are the priorities of the association concerning these seven young people?

With Snowboarders of solidarity, we collected nearly 5,000 euros to help them through crowdfunding on GoFundMe. Personally, I put 3,000 euros out of my pocket, and the whole team around this story supports them as best as possible. We could see that the snowboarding community is a big family. For those who are already in a Western host country, we want to enable them to integrate better into their new life, to go back to snowboarding, to connect them with universities. You have to remember that they lost everything. We want to bring them a little happiness. 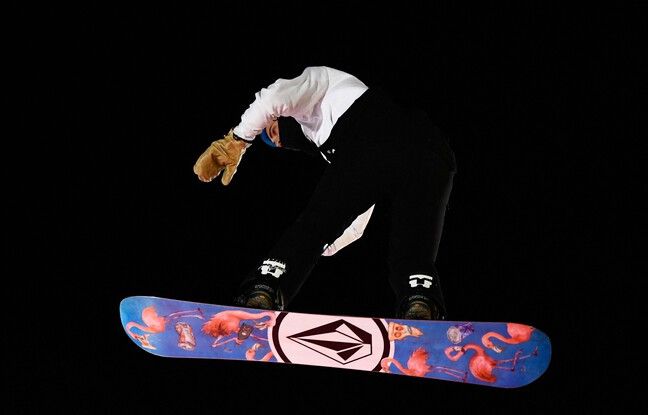 Do you dream of bringing them all together one day, in France or elsewhere?

Yes, but we have never heard back from the French government so far. Ideally, it is certain that they would like to be brought together. At first, it seems to be utopian. It would be amazing to be able to snowboard with them again one day.

In the messages that you always exchange with these young people today, is snowboarding still part of their dreams?

Yes, the objective of their team at the base was to represent their country in an international competition. Wanting to achieve this through a new sport was a hyper-modernist approach on their part. Especially for the women of the team, it was still huge to go snowboarding in Afghanistan. They would now like to participate in the Olympics as a refugee team.

How much has your life as a professional freerider changed in the last five months?

It’s simple, I only saw that during all this time. When you have 14 people counting on you to save their lives… We’re still there, selling dreams as top athletes. Life is beautiful for us: a run on the shores of Lake Annecy, drinking a beer with friends, climbing such and such a summit… No, there I no longer saw any pleasure in that. The only project that mattered was getting them out of Afghanistan. It’s done. It’s a nice big first step and they are always ultra-grateful by messages. But this is only the beginning of their new life.

The kitty organized by the association Snowboarders of solidarity, in order to help Afghan refugees, is located here.