Covid-19: what we know about Paxlovid, the Pfizer treatment which will be available in France at the end of January 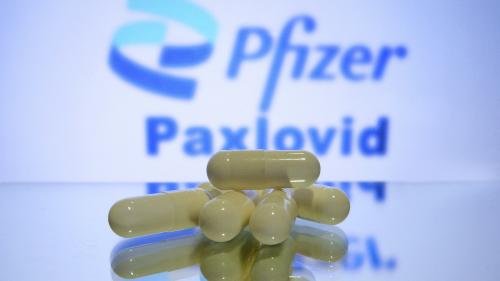 A new weapon against the pandemic. The Paxlovid antiviral treatment, created by the American laboratory Pfizer, should soon arrive in France. These tablets drastically reduce the risk of hospitalization and death for people with Covid-19. Here’s what we know about this promising new treatment.

Paxlovid is an antiviral: it works by reducing the ability of the virus to replicate, thus slowing down the disease. It is a complement to vaccines to protect against Covid-19. Unlike its competitors, Pfizer’s treatment was not readapted from another drug, but developed specifically against Sars-CoV-2. This is a new molecule called nirmatrelvir (or PF-07321332).

The treatment is administered in the form of two tablets of nirmatrelvir and one tablet of ritonavir, an antiretroviral already used against HIV. Easy to administer, it should be taken twice daily for five days, upon diagnosis and within five days of the onset of symptoms.

89% effectiveness against hospitalizations and deaths

Beginning of November, Pfizer announced the first results very positive about his anti-Covid drug. In adults at high risk of developing a severe form of the disease, Paxlovid has been shown to be 89% effective in preventing hospitalizations and deaths, according to interim results from clinical trials.

The first results from Pfizer are based on clinical trials carried out on just over 1,200 adults who have contracted Covid-19 and are at risk of developing a severe form.

Contraindications and side effects

Pfizer’s treatment is not recommended during pregnancy and in people who could become pregnant, the European Medicines Agency said in a statement on December 16, 2021. Breastfeeding should also be discontinued while taking the drug. processing. Finally, the most common side effects are taste disturbance, diarrhea and nausea.

A treatment available in France at the end of January

The Paxlovid should soon arrive in French pharmacies. “We are expecting two ‘drug’ deployments by the end of this month,” said Olivier Véran, on January 10 in the Senate. The Minister of Health then mentioned Paxlovid but also the treatment developed by GSK, sotrovimab, administered at the hospital.

In December, the European Medicines Agency approved the emergency use in the European Union of Pfizer’s treatment. And this, even if, for the time being, these tablets have not yet received full marketing authorization. The final opinion of the European regulator is expected in the coming weeks.

An order of 20 million treatments in the United States

The United States doubles the bet. At the beginning of January, the American government announced that it was going to double, to 20 million against 10 million previously, its order of Paxlovid. “We have already placed the largest order in the world, and now I’m doubling it,” said Joe Biden. The US executive had paid $5.29 billion for its initial order of 10 million treatments. Some 250,000 treatments should be available in the country by January, according to Joe Biden.

Tablets partly made in France

The Paxlovid will be partly made in France, with production planned in Mourenx, in the Pyrénées-Atlantiques. “We have announced a major investment plan in France, 520 million euros over five years,” said Pfizer chief executive Albert Bourla. on BFMTV, Monday, January 17. “Most of this investment will be allocated to a partnership with the Novasep company in Mourenx to produce the active pharmaceutical ingredient of this drug for the whole world.”