Carlsen does not bend Van Foreest and stalls 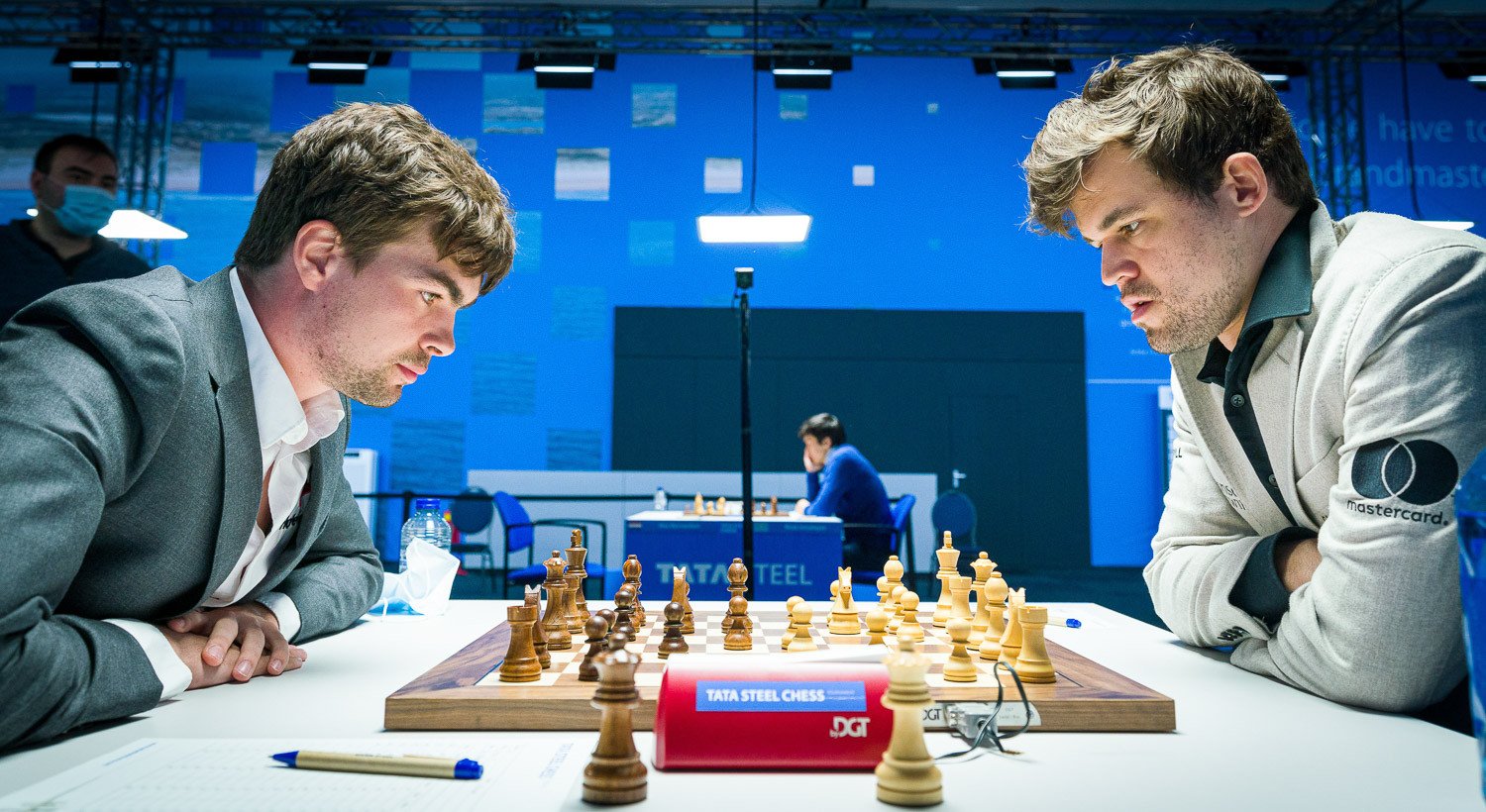 Magnus Carlsen has been able to see today how hard it is to win tournaments with the necessary clearance to achieve his new goal of approaching the stratospheric height of 2,900 points on the world list. The Dutchman Jorden Van Foreest has wrested half a point from him with the black pieces in the 4th round of the 13 scheduled at the Tata Steel tournament in Wijk aan Zee (The Netherlands). The Indian Santosh Vidit is still in the lead before the rest day on Wednesday.

Van Foreest was very brave, giving up two pawns in exchange for the initiative to avoid falling into the typical spider web of the world champion, who has achieved many victories throughout his career by pressuring his rivals for hours. But the Dutchman, unexpected winner of the tournament in 2021, made an inaccuracy and was left in a losing position according to the computers. However, the winning move was not at all easy for a human to see and evaluate, Carlsen skipped it and then even had to fight for a draw.

There were four disappointing boards for very different reasons. Kariakin-Giri and Shankland-Rapport, for their brevity (14 and 24 moves, respectively). Caruana-Dúbov, because the fight was bland, although long. And the strangest was that of Vidit with the Russian Andréi Yesipenko, who accepted the distribution of the point for fear of time trouble when he had a clear advantage in a position full of life.

After three disappointing draws, the Azerbaijani Shakhriyar Mamediárov achieved his first victory after rising from a clearly lower position against one of the leading players, the Polish Jan Duda. And India’s Rameshbabu Praggnanandhaa, 16, bounced back from his loss on Monday by beating Sweden’s Nils Grandelius.