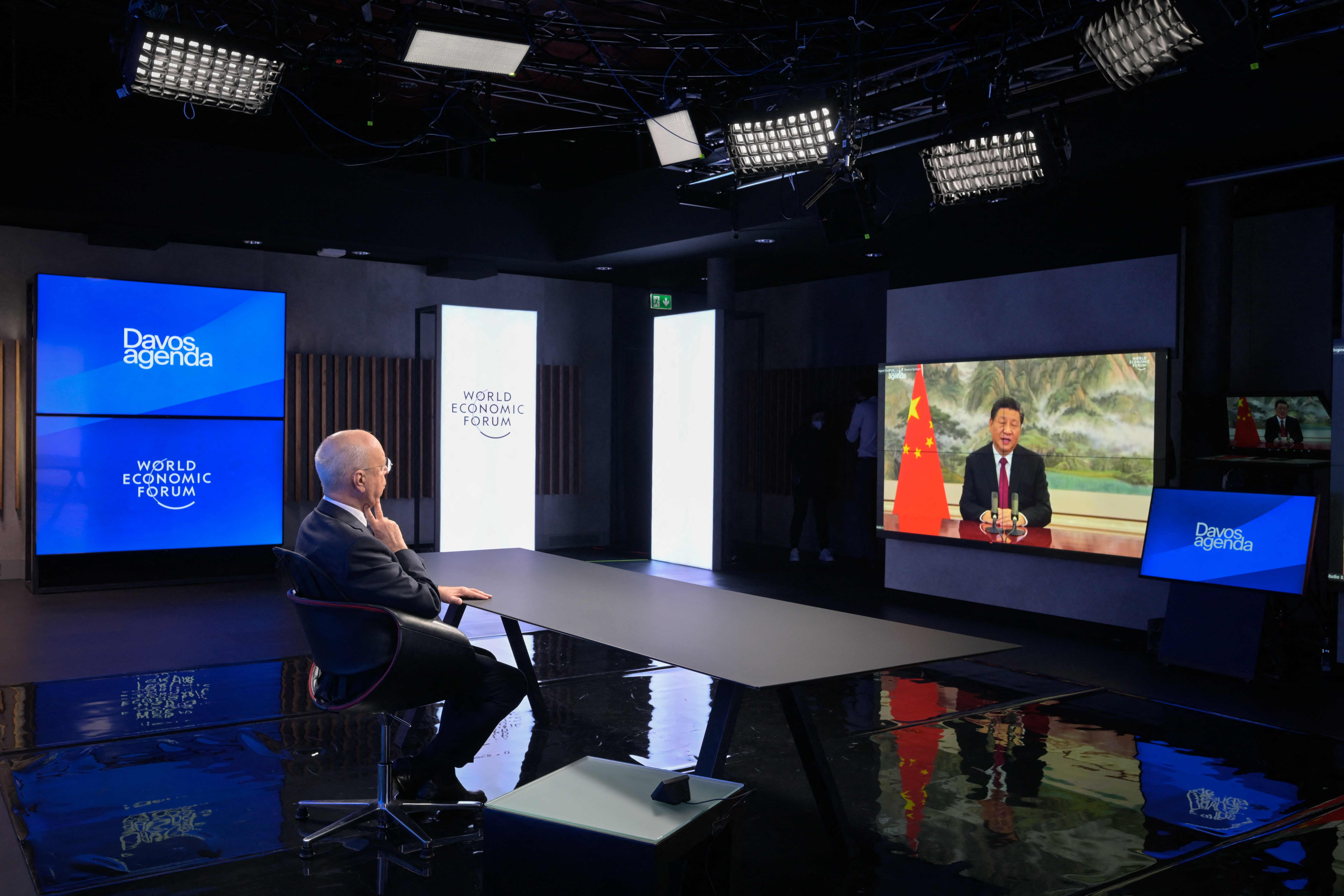 The uncertainty surrounding the economic recovery and the exit from the covid-19 has focused this Monday the message of the Chinese president, Xi Jinping, in his inaugural speech of the Davos Agenda organized by the World Economic Forum (WEF, for its acronym in English) in virtual format precisely because of the pandemic. Xi assured that despite the fact that the world economy has left behind the worst of the health and economic crisis, there are still “several risks” that threaten it, including “disruptions in global supply chains, the increase in the price of materials raw materials and energy supply.

Along these lines, the Chinese president concluded that “the low inflation environment has changed radically” and that the danger of a price rebound driven by multiple factors is resurfacing. This is where the president of the world’s second largest economy issued a warning: if “the main economies abruptly slow down or turn 180 degrees on their monetary policies” to deal with the acceleration of inflation, the measure could have serious consequences for emerging countries, as happened in 2013. To avoid systemic risks, Xi called for greater economic cooperation and a firm commitment to multilateralism.

Xi’s warning is in line with the caution expressed by international organizations such as the International Monetary Fund (IMF) or the World Bank regarding the withdrawal of stimuli by central banks. But in the mouth of the president of the second world economy, the wake-up call takes on special relevance. In 2013, the then president of the Federal Reserve, Ben Bernanke, announced that the entity would reduce the purchases of bonds that it had been making since the outbreak of the financial crisis to inject liquidity into the economy. The ad, known as taper tantrum, caught the financial markets by surprise and caused a sharp rise in interest rates that hit hard the countries most dependent on foreign capital, or with the largest current account deficit: South Africa, Brazil, India, Indonesia and Turkey.

Without naming him explicitly, the Chinese president has also alluded to the confrontation he has with the United States over economic and technological dominance by attacking “protectionism” and attempts to undo economic integration and defended the elimination of trade barriers and greater integration, in line with the defense of globalization that he has been upholding since his first intervention before the WEF, in 2017. “Despite the fact that there are currents in a river, they cannot stop their advance towards the sea, just as globalization has not varied nor will its course vary”, he pointed out.

Xi Jinping’s speech – the third he has delivered in the framework of the Davos forum – has coincided with the publication of the data on China’s GDP, which in 2021 registered its highest growth in a decade (8.1%) although at the end of the year growth slowed to 4%. The president maintained that the objective of his policy is to move towards “common prosperity, which consists of making the cake bigger and distributing the pieces equitably through institutional agreements.” Xi specified that, despite his country’s commitment to the fight against climate change, China “must not sacrifice its growth to protect the environment”, where responsibilities “must be differentiated” between developed and emerging countries.

For the second consecutive year, the WEF canceled its annual event in the elite Swiss ski resort of Davos due to uncertainty due to the spread of new variants of the coronavirus and the difficulty of maintaining the safety of the participants. In exchange, it organizes the Davos Agenda, where prominent world leaders and executives of some important multinationals take part. The new German chancellor, Olaf Scholz, will officially present himself to the world economic elite this Wednesday.

Tour de France 2022 LIVE: For whom the first yellow jersey?.. The first stage in Copenhagen to follow with us

Keti Koti should be a national holiday, Aboutaleb thinks NOW