Vaccine pass: will Djokovic finally be deprived of Roland-Garros? 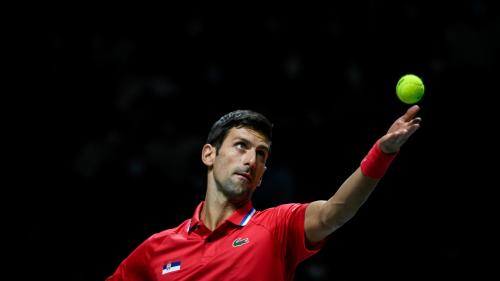 Will Novak Djokovic still play a Grand Slam tournament? The Serb was expelled from Australia on Sunday afternoon, after the Australian Federal Court rejected his appeal against the cancellation of his visa on the grounds that the world No.1 in tennis, not vaccinated, represented a “health risk “. And the Novak Djokovic case is now coming to France: the co-record holder of Major victories could see Roland-Garros slam the door in his face in four months.

He was however welcome, ten days ago: the Minister of Sports, Roxana Maracineanu, then mentioned on franceinfo a “health bubble” to replace the vaccination pass.

Covid-19: unvaccinated athletes will be able to participate in major competitions because “the health bubble will allow it”, explains Roxana Maracineanuhttps://t.co/Aw4ctbnRBQ pic.twitter.com/eoJCWgQfNl

But political news is catching up with the sports agenda: the vaccination pass was voted on in the Assembly on Sunday January 16. And the Minister retropedale: on Twitter, Roxana Maracineanu reacted very quickly by specifying that this vaccine pass will apply in all sporting events, to all spectators and all athletes, including foreigners. With, therefore, Novak Djokovic in the line of sight.

The vaccination pass has been adopted. As soon as the law is promulgated, it will become mandatory to enter public buildings already subject to the health pass (stadium, theater or lounge) for all spectators, practitioners, French or foreign professionals 1/2

Before Sunday’s vote, by French senators, there was talk of setting up, as last year, a special health system including travel limited to round trips between the stadium and the hotel.

According to Roxana Maracineanu, this is no longer on the agenda for Roland-Garros, the Grand Slam clay court tournament scheduled for May 22 to June 5.

It is easy to imagine now that the Minister of Sports and the organizers of Roland-Garros will meet as soon as possible to put in place a clear and precise protocol. The FFT has always worked so far in close collaboration with the public authorities and it is she, in fine, who will specify the rules relating to the reception of non-vaccinated athletes. It is likely that there is no exemption system to avoid what happened to Novak Djokovic in Australia.

Today, there are only three unvaccinated players among the top 100 players in the world, including Novak Djokovic.