This 800-year-old money was buried in Drenthe 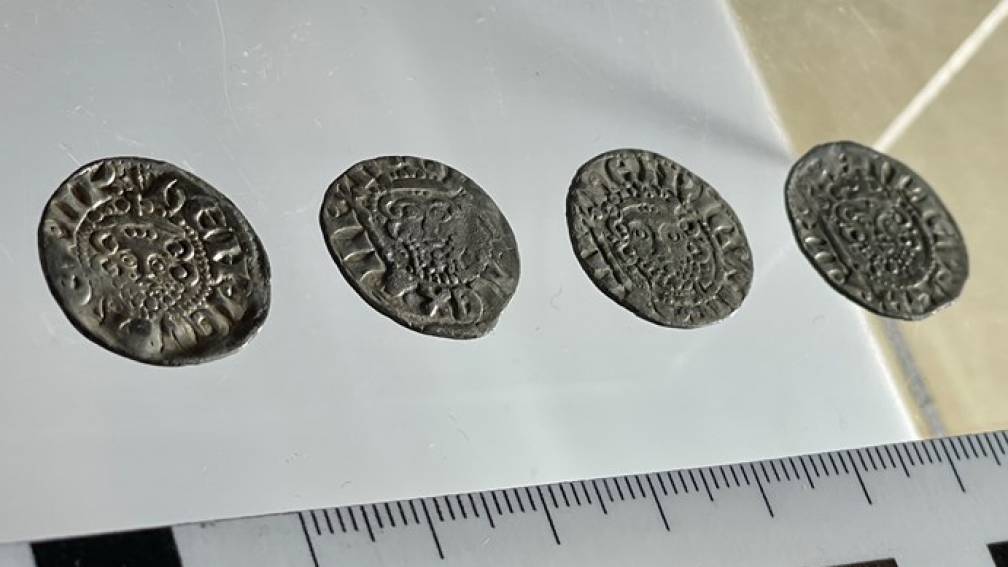 Two people in Drenthe made a special find: four silver coins from the 13th century! They may be English coins from the time of King Henry III. He was the boss of England from 1216 to 1276. And if the coins, which are called ‘long cross pennies’, are indeed from that time, they are almost 800 years old.

The finders are Jeffrey and Tim. They have been on the road with the metal detector since they were 14. The two tracked down the treasure by studying very old maps. Then they discovered that there had been an old monastery on the site. After digging for a while, they saw that there were layers of soil with objects from long ago. And then they had bingo.

The coins were buried in a patch of pasture. Where exactly, Tim and Jeffrey don’t say. Otherwise everyone might go there to look.

And they don’t necessarily need to know what they’re worth. They gave away the coins to the Dolmen Museum in Borger.