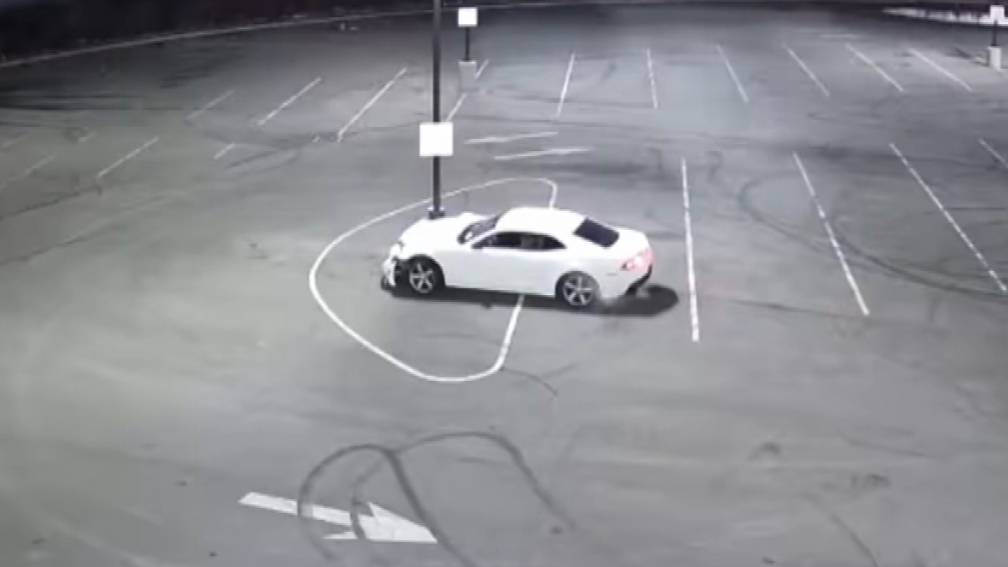 A motorist in the United States thought he was doing a nice stunt in an empty parking lot. With his car he made all kinds of circles, which are also called donuts.

The driver now also knows that those donuts can be quite dangerous. He crashed into a lamppost in the parking lot. A camera filmed the entire event. As a result, the driver was arrested by the police.