Omicron puts the Mexican health system to the limit 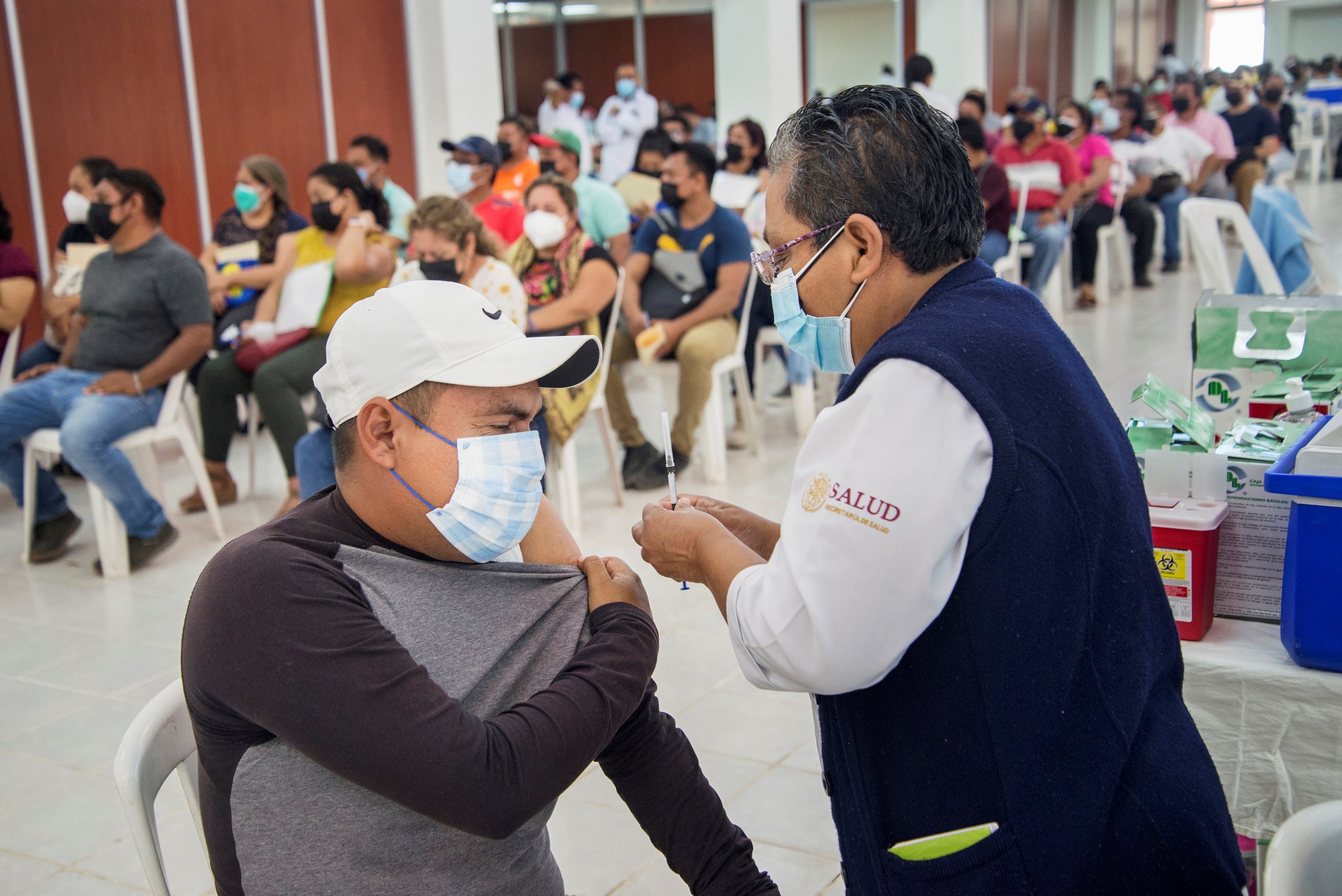 The omicron variant maintains its unstoppable expansion in Mexico without giving up a day, confirming that the country is moving towards the top of the curve as is the case in the rest of the world. In less than a week, the country registered three daily records for infections, a trend similar to Europe or the United States, which exceeds the previous figure day after day. Beyond the chilling speed that the variant has taken, the sights are set on the endurance capacity of the Mexican health system. This week, the neighbor to the north broke the record for hospitalizations – more than 140,000 in one day – and, although in Mexico the level of vaccination, key to not having burst the health system, is much higher, there are still millions of people without vaccines or with the incomplete cycle. In Mexico City, for example, 81% of those hospitalized did not have the complete vaccination schedule.

This Sunday, more than 19,000 new infections and 76 deaths from Covid-19 were confirmed, reaching 301,410 deaths since the pandemic began. The highest number of infections occurred on Saturday, when 47,000 cases were reported. Health authorities acknowledge that, based on death certificates, the country may be close to 451,000 deaths and estimate that Mexico actually accumulates more than four and a half million infections.

In the last month, Mexico has registered almost 300,000 thousand active cases and has doubled the occupation of hospital beds. Just a month ago, on December 15, Mexico registered almost 18,000 active cases of Covid-19, but only this Sunday, 19,000 more were registered. In this period, hospitalization doubled, going from 15% to 29%, while critical hospitalization, that is, requiring ventilators, grew five points and went from 12% to 17%.

Official data confirm that ómicron hits hardest in the center of the country, mainly Mexico City, the most populous city and where most tests are carried out with a great difference compared to the rest of the country. This new wave is also felt in Morelos or in places like Chihuahua, Nuevo León and Jalisco, in the north of the country, according to the IRAG (Serious Acute Respiratory Infection) Network.

As of Thursday, 115 hospitals out of almost 1,200 across the country reported 100% bed occupancy and another 47 hospitals had occupancy above 60%, according to the Ministry of Health. In CDMX there are seven public hospitals with 100% occupancy and another four close to 70%, according to official figures, of a network of 60 health centers. The figures of the IRAG Network, which depends on the Ministry of Health, raised the total occupation to 23 hospitals. Official figures released on Sunday, however, indicate that the average occupancy is 30% and intensive care beds 17%.

The reality is that in some places like the General Hospital La Raza of the IMSS, one of the hospitals that register 100% occupancy according to the National Institute of Respiratory Diseases (INER), hundreds of people line up daily to request from consultations to tests. of coronavirus. According to doctor and researcher Andreu Comas García, the health care system for covid-19 and for other conditions is on the ropes at the moment because a large part of the medical and administrative staff is infected. “We have to stop minimizing, as the federal government says, that omicron is a flu when we know it is a virus that affects the entire body,” the researcher at the Center for Health Sciences and Biomedicine (CICSaB) said in an interview with local media. ) from the University of San Luis Potosí (UASLP). To try to ease the burden, the capital is studying reconverting them again in the coming days and weeks.

Despite the data and the warnings, the federal authorities have spent the last week downplaying the impact of omicron. President Andrés Manuel López Obrador, infected this week for the second time, defined it as a “covidcito” and the Secretary of Health, Jorge Alcocer, indicated that the children were enough with “VicVaporub and paracetamol” to treat the contagion. Days before, the undersecretary of Health and public face of the national strategy, Hugo López-Gatell, ruled out vaccinating those under 15 years of age, alleging that it was not a risk sector. At the same time, in CDMX, the head of government, Claudia Sheinbaum, insisted that the schools will continue to operate and decided to keep the traffic light green for another week. The data, however, confirm that children are also becoming infected. In the first nine days of January there were more than 4,000 infected children, according to the National System for the Protection of Children and Adolescents (Sipinna), 4.3% more than what was reported until December 31.

While this is happening, in some municipalities such as Ecatepec, in the State of Mexico, or in Orizaba, in Veracruz, the mandatory mask was imposed under the threat of a fine of 864 pesos (42 dollars). In Ecatepec there was even a detainee for not wearing a mask. Since the beginning of this year, in Ecatepec, eight people have died and on Wednesday the authorities imposed the mandatory face mask. In case of non-compliance in public places such as markets, squares, public transport or the city center, they will be sanctioned with up to five hours of community work and arrests of two to eight hours.

So far, Mexico remains the sixteenth country in the world in number of confirmed infections and is the fifth with the most deaths from this cause, behind the United States, Brazil, India and Russia, according to the Johns Hopkins University count. .