Pfizer announced on Monday that it would entrust the manufacture of the active ingredient of its anti-Covid-19 treatment to the French pharmaceutical group Novasep. Paxlovid will thus be manufactured at the group’s Mourenx (Pyrénées-Atlantiques) site by the third quarter of 2022. This treatment would reduce the possibility of contracting a serious form of the disease by 90%, especially in fragile people. . This is a challenge for the French group which has a total of 1,250 employees to date. 20 Minutes interviewed its CEO, Michel Spagnol. 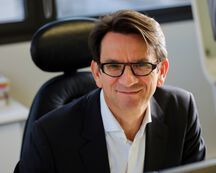 This announcement from Pfizer on Monday marks the start of a great industrial adventure for your group?

It’s a great adventure that continues especially, because for several years we have operated a strategic reversal of the group. We are very proud, and this is very good news, especially for patients with Covid-19.

What will happen from now on for the Mourenx site?

What has been happening for a few days already is a technical transfer between the operators and scientists of Pfizer and those of Novasep. The objective is to transfer as much information as possible from the manufacturing process so that it can be implemented on our Mourenx site. This involves technical teams, researchers, who will first reproduce the synthesis of the active ingredient of Paxlovid on a small scale, and who will then develop the industrial process in increasingly large units, up to the unit of that of Mourenx, where the first commercial production should start around the third quarter of 2022.

So it will be a gradual increase in power, but fast all the same?

Absoutely. It’s like a cooking recipe, which Pfizer has already been able to do on a large scale, but which we have not yet carried out. We will start in laboratories and little by little we will go up to go to the industrial reactor. On arrival, this represents several tens of tons, but we cannot communicate on the volume entrusted to Novasep.

How many people are you going to hire?

We will hire around forty people initially, which will increase the workforce in Mourenx to 200 employees. We will need operators, engineers, support functions around quality, safety… We’ll see if we need to ramp up more to meet the very short deadline.

From when will we be able to find this product in France?

It is up to Pfizer to communicate, but its PDG Albert Bourla announced that it would be available from March in France. It will obviously not be our product, and today I cannot tell you when the product that will be produced by us in Mourenx will be available. We take care of the active ingredient, it is a powder which is in a large barrel, and which is then distributed to other subcontractors who will make the capsule which will be taken as part of the treatment against the Covid-19. We are the main actor, but there are other factories.

Pfizer has announced 520 million euros of investment for France, but what will be the share for the Mourenx plant?

It is not 520 million euros for the Mourenx site, but we do not communicate on the amount of investments allocated to Novasep. On the other hand, we have anticipated the modernization of our site by investing 6 million euros ourselves, particularly for this product.

What was the strategy to turn around the Novasep group?

I arrived in 2013 at the head of the group, at a time when the situation was difficult. From the outset, we set ourselves two main objectives, which were decisive in Pfizer’s choice of Novasep as a subcontractor: we did not want to make generics, but to remain involved in new pharmaceutical products, and to on the other hand we wanted to make technological investment. The goal was to stand out. We spent around 200 million euros, which is substantial for a French ETI, and six years later we have repaid our debt and we have made a turnaround. In developing markets, we can cite that of oncology, that is to say everything related to cancer, which is very important. Novasep has notably built a factory in Le Mans specializing in
conjugated monoclonal antibodies, which are used to deliver the chemotherapy product only to diseased cells. It’s goldsmithing in the field of oncology.