Mandatory contraction threatens, but Schiphol boss is holding on to half a million flights 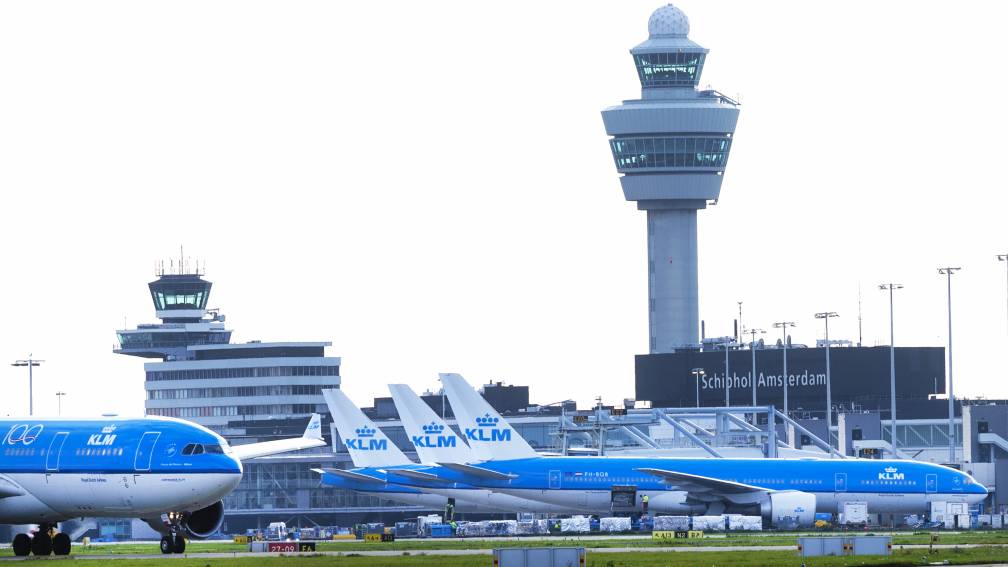 The cabinet is considering far-reaching measures at Schiphol, such as a possible sharp reduction in the number of flights. The airport does not comply with nitrogen and nuisance regulations.

But Schiphol does not intend to reduce the number of flights to and from the airport, says CEO Dick Benschop in Nieuwsuur. He rather thinks of a, cautious, increase of the current maximum number of 500,000. “Nobody says, not even me, let’s go to 600,000 movements. If you want to go further, you have to argue that very well.”

Housing construction in a pinch

The current number of flights is already causing more and more problems. The serious noise nuisance for local residents increased from 2010 to 2018 by half. “The peak was in 2018,” Benschop emphasizes. But: the decrease after 2018 was only due to considerably less flying due to the corona crisis. The nuisance is expected to return to its former level soon.

For example, the municipality of Amstelveen wants to build 2500 student homes on a vacant lot on the municipal border with Amsterdam. But the Human Environment and Transport Inspectorate (ILT) put a stop to this because only limited construction is allowed in this area.

In any case, the municipalities of Aalsmeer, Haarlemmermeer and Uithoorn also experience a “concrete limitation” due to the noise pollution, according to the ILT. That while the new cabinet wants to accelerate housing construction nationally to around 100,000 homes per year, according to the coalition agreement.

Benschop acknowledges: “We must ensure that our footprint, that map, becomes less. Less serious hindered people, more space for other activities.” Growth is no longer the goal of Schiphol, he declares. “Our goal is to maintain the flight network and quality with less emissions and less noise pollution.”

But Matt Poelmans, who sits at the table on behalf of local residents in talks with Schiphol, finds that promise “completely unbelievable”. “In 2008, an agreement was made that Schiphol was allowed to grow to 500,000 flights per year if they were to reduce the noise pollution. Ten years later, the number of flights had increased, but the noise pollution had actually increased.”

In the meantime, there are also concerns about Schiphol’s nitrogen emissions. The airport needs a nature permit quickly, a judge ruled. But without drastic measures, Schiphol can only obtain a permit for about 400,000 flights a year, lawyers say.

“A nature permit like this states how much nitrogen you are allowed to emit, so in fact how much damage you can inflict on nature,” says environmental activist Johan Vollenbroek. Thanks to his work, the judge wiped the Dutch nitrogen policy off the table in 2019, as a result of which the entire country suddenly had to adhere to the nitrogen standards.

“If you, for example, as a farmer don’t have such a permit, you have to make sure that you get one within one or two years, otherwise you can close the tent,” he says. “But Schiphol has not had such a permit for 25 years, and it is still not enforced. We do not think that is correct.”

Farmer Jelle Vink does have such a permit and fears that he will have to downsize while Schiphol is spared:

According to Vollenbroek, even halving the number of flight movements can easily be achieved if the Netherlands and Schiphol do not stick to the ‘hub function’ of the airport, with many flights and transfers to all kinds of countries. “Those switchers ensure that a lot of things come to a standstill in the Netherlands,” says Vollenbroek.

“If you make the trade-off between the two, don’t you choose to remove the switchers, so that you can build more homes again?” Poelmans agrees: “You cannot build without shrinkage.”

But CEO Benschop thinks that Schiphol will receive a nature permit without additional measures. He emphasizes that Schiphol is a small nitrogen emitter compared to the entire agricultural sector. “And we are working very hard to reduce our emissions ourselves.”

That also applies to CO2 emissions, he says. Schiphol wants to make it greener, for example by developing electric flying. “We are the crown jewel in the business climate. We also want to play a leading role in the Netherlands in the field of sustainability.”