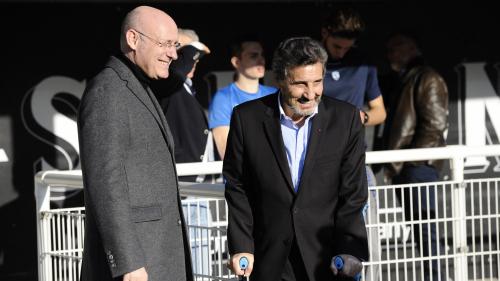 After four years of investigation into suspicions of favoritism between the president of the French Rugby Federation (FFR), Bernard Laporte, and the president of the Montpellier club which has become the main sponsor of the XV of France, Mohed Altrad, the Repression Brigade Economic Crime (BRDE) submitted its summary report to the National Financial Prosecutor’s Office (PNF) in July 2021. A “damning” report, estimated on Monday January 17 The team newspaper.

According to our colleagues, “the investigators consider that the facts revealed by their investigations are ‘likely to characterize certain crimes'” against the two men, in particular “corruption”, “influence peddling” or even “taking illegal interest”. A trial will take place “in September 2022”, announces Bernard Laporte’s lawyer, Maître Versini-Campinchi. He denounces a police investigation “exclusively against”.

In its report, the BRDE was especially interested in an image contract worth 150,000 euros which linked Bernard Laporte to the group of Mohed Altrad. According to the investigators, the president of the FFR “did not inform anyone of the contract for valuable consideration binding him to Altrad and personally intervened as president of the FFR on several occasions, under conditions characterizing the offenses of ‘illegal taking of interests’, ‘corruption’ and ‘influence peddling'”.

With regard to the jersey sponsorship of the XV of France, which returned to the Altrad group, the BRDE wonders about “the absence of competition between potential sponsors” as well as “the fair value of this sponsorship”. The police noted in particular that a first offer of 9.9 million euros per season had been proposed in June 2017 to the official partners GMF, Orange, Société Générale, and BMW. It was finally Altrad who won the final bet for an amount of 6.8 million euros per season.

The investigators also took a close interest in the episode of the FFR appeal committee, in which Bernard Laporte is suspected of “influence peddling” for having had the sanctions reduced against the Montpellier club, property of Mohed Altrad. According to L’Équipe, “the BRDE has come to the conclusion that a decision was rendered on June 29 and that it was modified following seven telephone calls on June 3 from Laporte to the president of the appeal commission of the FFR. The suspension of the Montpellier stadium for one match disappears, the fine goes from 70,000 to 20,000 euros.”

This 76-page report was sent in July 2021 to the National Financial Prosecutor’s Office, which in turn sent it to the respondents Bernard Laporte, Mohed Altrad, but also Claude Atcher, Managing Director of the France 2023 Public Interest Group, Serge Simon, vice-president of the FFR and Benoît Rover, manager of Score XV, provider of the FFR. According to information from the newspaper L’Équipe, the PNF sent them a note on December 21 detailing the qualifications he planned to retain for a trial next September.