Cars over 200,000 euros escape the crisis in the automotive sector 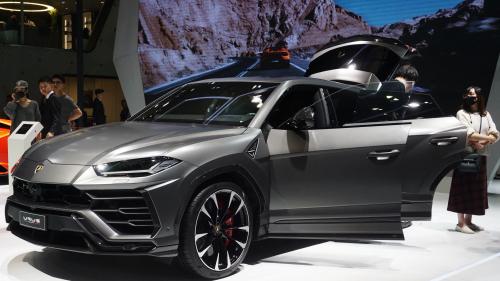 The car market is paralyzed by the health crisis, but luxury cars, meanwhile, are selling like hot cakes. The Rolls-Royce, Bentley and Bugatti brands had a record year in 2021, with SUVs at the top of sales, these raised vehicles which look like an off-road vehicle, but with services close to a sedan.

Rolls-Royce (BMW Group) improved on its historic record of 2019 by selling 5,586 cars. Wealthy customers flocked to the new Ghost coupe and the Cullinan SUV, sold from 300,000 euros in France. Bentley and Lamborghini (Volkswagen group) also reached their records with respectively 14,659 and 8,405 cars sold worldwide, thanks in particular to their Bentayga and Urus SUVs, sold around 200,000 euros. On the hyper-luxury side, Bugatti welcomed the “best year ever in the history of the company”, with 150 cars ordered, for an entry ticket of around 3 million euros per car. .

“It’s the same everywhere: after the crises, the rich are richer and the poor are poorer”, notes Adolfo De Stefani Cosentino, the president of the Italian Federation of dealers (Federauto). Luxury and premium have held up much better than the generalist segments. “There’s a lot of money ready to be spent,” Rolls-Royce boss Torsten Muller-Otvos said in an interview with AFP. May 2021. “I was impressed by the number of customers who told us that with the Covid, they understood that they could die tomorrow and that now is the time to enjoy life”.

“There is a macroeconomic factor: part of the population has become very wealthy in recent years and has the capacity to buy luxury and very large luxury vehicles”, underlines analyst José Baghdad, partner and manager automotive sector at PwC France and Maghreb. In the ultra-luxury micro-market, “these cars have also shown, in recent years, that they are not losing value and are even gaining value”.

SUVs benefit from a global fashion effect, but they are also the most accessible vehicles of these brands. Ferrari, which is due to publish its results in early February, is also due to present its first SUV this year, the Purosangue.