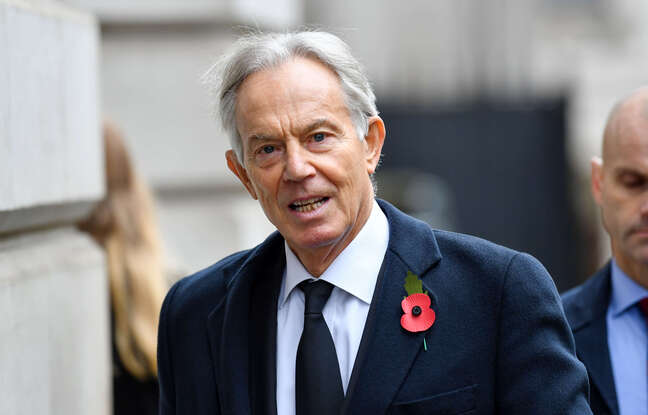 Knighted by Queen Elizabeth II, former Labor Prime Minister Tony Blair reacted Sunday to his detractors opposed to such an honor because of his responsibility in the British military intervention in Iraq. A stubborn, charismatic and energetic reformer, Tony Blair, now 68, was one of Britain’s most popular prime ministers, re-elected three times. But his record and his reputation were irreparably damaged by his decision to engage his country in the war in Iraq in 2003.

A petition accuses him of “war crimes”

More than 1.1 million people have signed an online petition demanding the cancellation of this honor announced when the list of decorations given by the Queen at New Year was published, accusing Tony Blair of “war crimes”. Elizabeth II had made him “knight companion of the most noble order of the garter”, the oldest order of chivalry. Reacting to the controversy caused, the former head of government from 1997 to 2007 said he accepted this honor “not for me as a person”, but also for those who were his “devoted and committed” collaborators and who brought “a lot of changes in the country”.

“Of course people were going to strongly oppose it. It was to be expected,” he said on Times radio. “There are people who want to say that the only thing the government did was Iraq and ignore everything else,” continued Tony Blair, who helped the peace process in Northern Ireland, invested in health and education and extended the rights of homosexuals but whose image remains tarnished by this military intervention. He added that “we weren’t in a position of power and we weren’t making decisions without a lot of opposition and so it didn’t surprise me”.