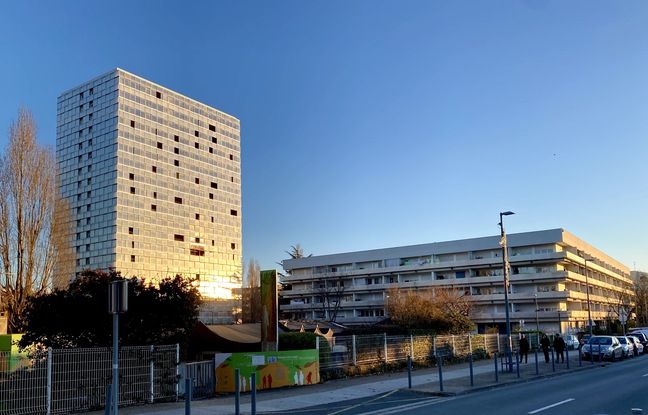 Two weeks after an evening of December 31 described as a “dark night” by Mayor Jean Touzeau (PS), Lormont, a town of 24,000 inhabitants in the suburbs of Bordeaux, is healing its wounds. Dozens of firework mortars had been fired throughout the evening, while seventeen cars were burned and businesses looted. “We are in the process of quantifying all of this” indicates the city councilor, who specifies that he has filed a global complaint on behalf of the city, “considering that it is the municipality – its image, its heritage – which has been affected as a whole. . »

At the end of a meeting of the CLSPD (Local Security and Crime Prevention Council) which was held on Friday evening, Jean Touzeau expressed his “rage” after the violence which he is still struggling to explain. , while the city makes “daily efforts on education, citizenship, culture. “The inhabitants, who were very scared that night, do not understand why, despite all our actions, this happened on December 31. »

No “lawless areas in Lormont”

Most of this violence broke out in corners of the Génicart district and in the Carriet sector, where businesses were looted. “Young hooded people started by setting fire to a vehicle in the middle of the road, and waited for the firefighters to attack them,” said Commissioner Nicolas Pérez, head of the eastern police division. Especially with mortars. “Faced with mortars, our intervention is very complicated, continues the commissioner, because the objective is to prevent the police being injured, but also to avoid serious injuries on the other side by the use of our weapons, while ensuring the safety of firefighters. »

To manage the situation as well as possible, substantial resources were deployed on the ground, with the arrival around one o’clock in the morning of a squadron of gendarmerie, who came to lend a hand to the police officers of the CDI (Compagnie départementale d’intervention) and municipal police. “As the night went on, calm returned, but it took time, because Génicart is made up of several districts” continues the commissioner who assures that there are no “lawless areas in Lormont” and that these acts of violence are “the result of a handful of people. »

The mayor “shocked by applause at the windows”

“I was on the ground, says Mayor Jean Touzeau, we saw at work that evening teenagers, even children, certainly led by adults, and in a daze because of the use of narcotics and laughing gas. I also saw a passivity on the part of certain adults who questioned me, even applause at the windows when children set fire to garbage cans, which shocked me. And what is serious is that all of this was premeditated. Today, I ask that justice pass, and that the authors are sanctioned, that they pay the invoice. To date, one person has been arrested, the very night of the violence.

However, as Delphine Balsa recalled, “all the security actors had prepared for this evening of December 31, with all the mayors of the metropolis. ” Commissioner Nicolas Pérez, specifies that “2,500 fireworks had been seized” a few days earlier, “in two operations carried out in cellars and common areas of Génicart, which avoided an even more significant conflagration of the city of Lormont. »

For the mayor of Lormont, these events are “the right time to restore public tranquility through a collective response. “The idea is that this will be the last time, warns the sub-prefect Delphine Balsa, we will therefore adapt” by developing video protection in particular. “We can finance the installation of cameras and an urban supervision center, it’s a deterrent. »

Jean Touzeau more generally points to “the weight of traffic which is developing too much” in the districts of the metropolis. “We must prevent the networks, in particular of narcotics, whose financial means weaken public action, from taking on greater proportions”, warns the elected socialist. “We are not giving up, quite the contrary,” he says.