Ligue 1: first victory for Philippe Clement, Lyon wins without convincing … What to remember from the matches of the 21st day 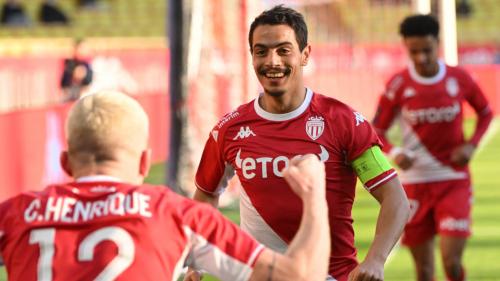 The 21st day of Ligue 1 started with a success for Nice against Nantes (2-1) and a victory for Paris Saint-Germain of Kylian Mbappé, against Brest (2-0). It continued with a game of four for maintenance, where FC Metz scored points, and with a precious victory for Lyon.

Philippe Clement has only been on the AS Monaco bench since January 3, but he quickly understood the basics. On the Rock, the boss is called Wissam. Entering the game at the break, captain Wissam Ben Yedder only needed ten minutes to score the 2-0 goal. And seventeen minutes to score a double, sealing the first victory for his new coach. His 11th and 12th achievements of the season. As he returned from injury and was cold with Niko Kovac, the Monegasque captain showed Clement that he should be counted on. The Belgian coach could be tempted to leave him as a substitute, 50% of his goals have been scored off the bench.

For its premiere at the Stade Louis-II, @philippe_clemnt achieves great success. Our Red and Whites won 4-0 against Clermont.

The opening of the score of Florent Mollet (11th) could suggest the seventh victory in a row for the MHSC. Irresistible for several weeks, Téji Savanier’s teammates ended up kowtowing.

Metz pulls out of the red zone

After the humiliation suffered by Bordeaux on the lawn of Rennes, the Messins had a card to play on the lawn of Reims (14th). Despite the absence of thirteen players at kick-off, FC Metz won their third away win of the season, after Brest (1-2) and Nice (0-1).

Frédéric Antonetti’s men moved up to 15th place and now have a two-point lead over Lorient, the roadblocker. Still at the bottom of the ranking, Lorientais and Angevins had not played for 25 days, Covid obliges. They celebrated their reunion with Ligue 1 with a goalless draw (0-0).

Footballers repeat it all the time, but the main thing in this sport is the three points. And that’s what the Lyonnais must have said to themselves when they left the Estac lawn at the end of the afternoon, after their 1-0 victory. A success acquired thanks to a penalty – severe – transformed by Moussa Dembélé, after a handball from the unfortunate Erik Palmer-Brown half an hour into the game. Mute since mid-September, the Lyon striker did not tremble. A logical lead for OL at the break, after a dominated and controlled first act.

Except that when they returned from the locker room, it was the much more timid Lyonnais who returned to the lawn. Failing to be enterprising, Peter Bosz’s men hunkered down without being too worried by harmless Trojans. Apart from a free kick from Shaqiri at the end of the match, not much to put in their fangs for Lyon, apart from this small 1-0 success and the three points that go with it. OL are thus back in the first part of the table, six points from the European places.