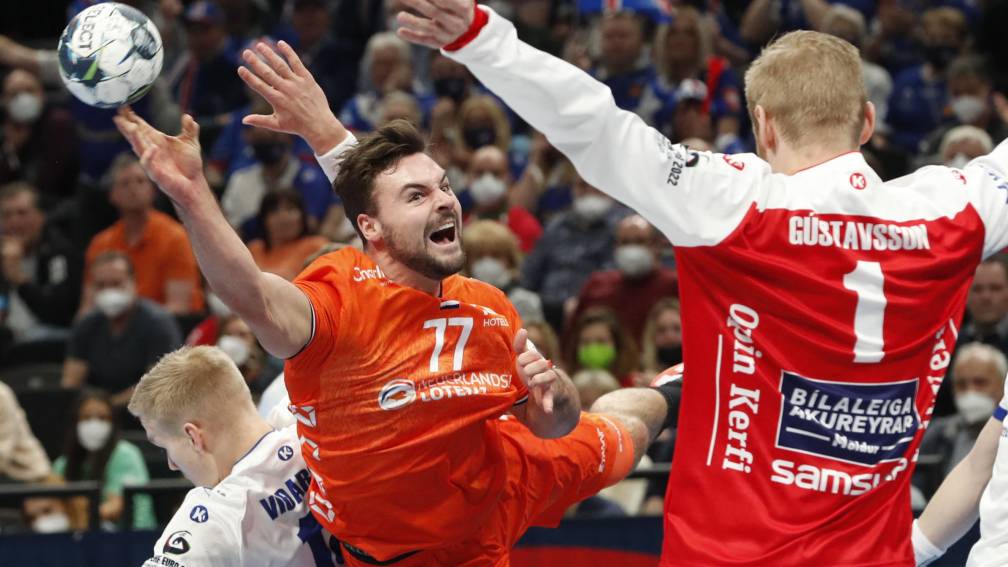 The Dutch handball players were unable to continue their stunt against Hungary at the European Championships in Hungary and Slovakia. The Orange squad lost the second group match to Iceland 29-28 in Budapest on Sunday evening after an exciting confrontation.

For a long time, the Netherlands kept pace with the experienced Iceland – not really a high flyer internationally, but, unlike the Orange, a regular European Championship participant – and that was partly due to the accuracy of Kay Smits (six goals) and Dani Baijens ( three).

The Orange team of Icelandic national coach Erlingur Richardsson never let the deficit grow further than a difference of two goals in the first half, but was unable to maintain that level after the break.

Iceland, which had won Portugal’s first group match, saw the margin quickly increase to a five-point lead after the break. Orange tried to stop the opponent by pulling the emergency brake defensively.

The hard Dutch game resulted in time penalties for Iso Sluiters and Samir Benghanem, with the latter not allowed to grumble that he was sent off with a red card by the arbitration for his violation.