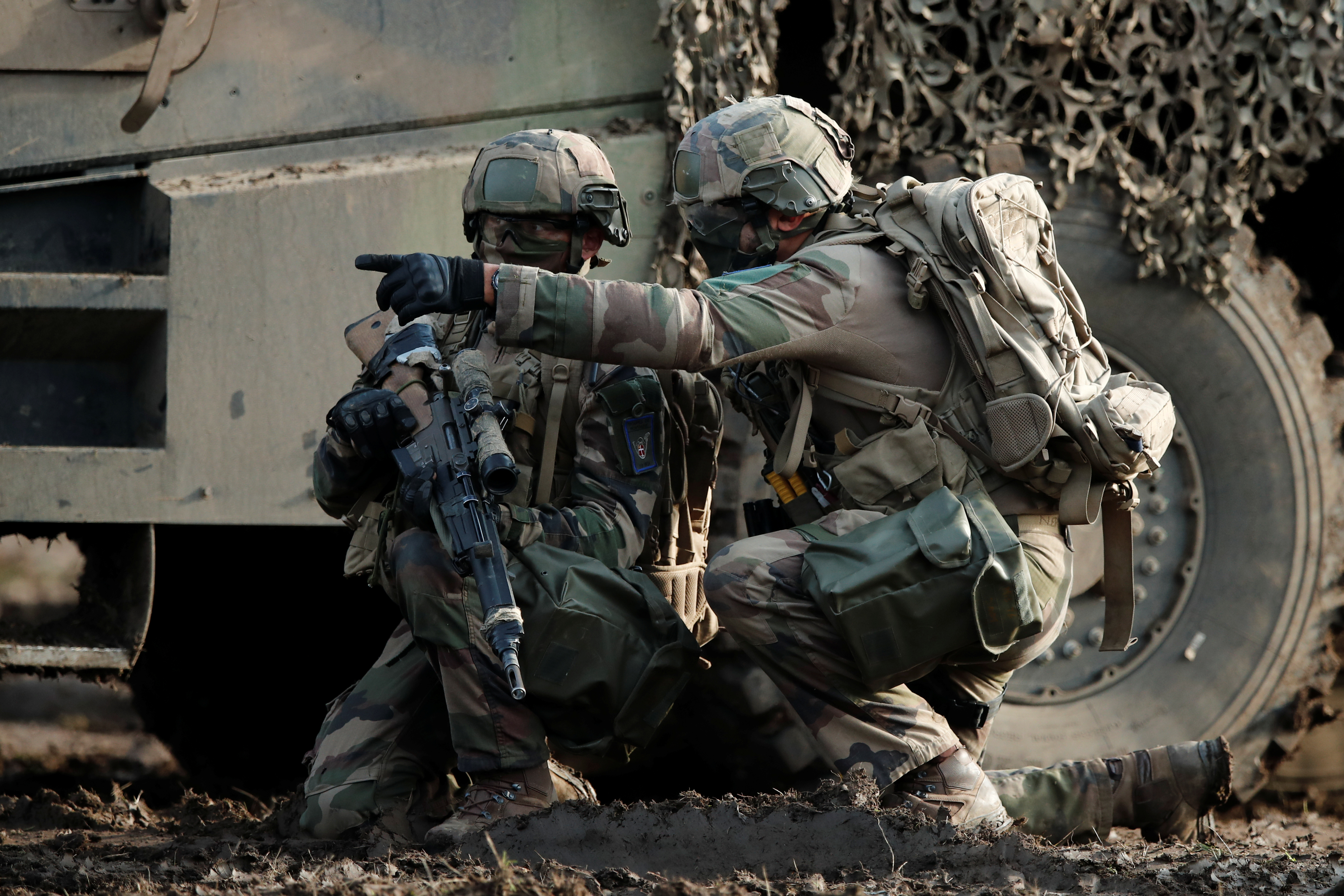 They are a handful of science fiction writers, screenwriters and cartoonists, a veritable commando of creators used to building stories and scenarios of the future and imagining the unimaginable. They are embarked on a mission for the Armed Forces of their country, France: to design conflict scenarios—some possible and others that may now seem implausible—to help the French Ministry of the Armies prepare for the wars of the future.

The official name of the team is Red Team, ten science fiction creators who, for two years, have been carrying out an atypical and at first glance disconcerting assignment: to anticipate the threats that France could face in the middle of the 21st century. It is not a prospective exercise, a rational and reasoned analysis of more or less foreseeable futures. The objective is to stand on the border between the plausible and the implausible, as science fiction usually does, to contemplate what seems impossible today, but which can end up happening and, due to the surprise effect, destabilizing a country.

“What the Army was asking of us was: ‘Put us in an unpleasant situation, give us scenarios that we didn’t anticipate, even if it’s not very realistic,’” says one of the Red Team members, Laurent Genefort, a prolific science fiction writer and author. , among others, of Omale cycle or the trilogy Spire (not translated into Spanish). “For a novelist like me, who uses his imagination for something as inoffensive as a novel or for stories, without impact on reality, it was a way of measuring myself against reality. I always think, when I work for the Red Team, that everything can have an implication in reality, which is not the case when I am simply a science fiction author.

The Équateurs publishing house has just published These wars that await us. 2030-2060 (These wars that await us. 2030-2060), a book that includes four scenarios in which the Red Team has worked. This is the declassified part of his work; there is another one that remains kept under lock and key. And it is a window to a disturbing and amazing world. The list of authors, apart from Genefort, includes DOA, Xavier Dorison, Romain Lucazeau, Xavier Mauméjean, Virginie Tournay, Jeanne Bregeon and François Schuiten, among others.

“We face an uncertain future, with tumultuous accents,” declared the Minister of the Armies, Florence Parly when, at the end of 2020, details of the first scenarios were revealed. “You have to dare to think differently, believe in the impossible, imagine the unimaginable and question what yesterday still seemed immutable to us.”

There are, in the scenarios, natural disasters, climate refugees and global confederations of pirates. Porous borders and mobile and floating cities. A humanity divided between those who accept a chip “capable of reconciling health security and the individual ability to move”, and those who reject it. Nation-states that are disintegrating or old colonial powers that are at the same time colonized by the nomads of the sea, and others that are entrenched in “hyperfortresses” as in a new Middle Ages.

Scenario 3 imagines a world made up of “safe spheres that adapt the perception of the outside world to the reality that each one wants to give it,” summarizes one of the Red Team videos. “In 2040, more than 90% of Europeans are connected to them, so there is no longer a shared common reality.”

Once the framework is established, the Red Team introduces the element of conflict: a biological attack on October 2, 2045 in Grande-City (the scenarios avoid naming specific countries and cities, but it is easy to imagine that it is London). France launches Operation Omanyd to repatriate French and European Union citizens, but meets with rejection from many people who live locked up in their safe spheres and bombarded by fake news. Epilogue: In 2047, the EU launches the Operation Secure The Real to dismantle alternate reality zones. “Cognitive manipulation devices are banned or severely regulated,” the book reads, “which allows a large-scale de-ideologization of populations.”

The Read Team moves in a territory halfway between the most fanciful science fiction and the usual prospective. There are no characters that travel through time. But yes cables that take us to space with an elevator. Or the safe spheres that are a hyperbolic projection, but not unimaginable, of a real phenomenon: the ideological and cultural polarization fueled by social networks and media that cultivate the prejudices of their audiences.

There is some play in these scenarios, but it is something else. “For the Army it is very serious. For authors at certain times there is a playful part, and it is important, but for them it is also serious”, says Cédric Denis-Rémis, vice-president of the Université Paris Sciences et Lettres (PSL), an institution that participates in the project and supplies the university experts needed. “In the Army there are people who are dedicated to foresight, but the problem is that foresight cannot do certain things: today it shows us, for example, that it is not possible to do the space elevator, because scientists will agree that You can’t make the cable to go straight up into space. Science fiction, on the other hand, has the right to say: ‘No problem, we made it’.

The architect of the project is called Emmanuel Chiva, director of the Defense Innovation Agency (AID), dependent on the Ministry of Armies. It was he who, in 2016, as a reserve officer in the Navy, accompanied his wife, a science fiction fan, to the Utopiales science fiction festival in Nantes. “There”, he recalls, “I discovered a community that mixed creativity, art, science”.

Once appointed to the head of AID in 2018, he decided to start the project. “At the end of the day, I told myself, this community can help us think differently from the way an engineer, a scientist or a military man thinks.”

The practical use of Red Team is evident, in Chiva’s opinion. “There are concrete results,” he explains. “I am going to give you an example: we have just launched a project called Myriade in the field of cognitive warfare. And it is the result of a Red Team threat study. It is truly what we wanted: our authors think about the very distant future and we think about what we can do today to avoid it”.

When last November Minister Parly announced the Myriade project, spoke of “a new form of threat that combines the capabilities of manipulating information, disinformation, cybernetics, psychology, social engineering, and biotechnologies.” It sounded like the stages of the Read Team. And in fact, he quoted it several times.

“Cognitive warfare is the ability to exploit the vulnerabilities of the human brain by resorting to the methods I have mentioned,” Parly said. “It’s not science fiction at all.”