Australian Open: “mess”, lack of “support” from other players, “political agenda” … The circuit reacts to the expulsion of Djokovic 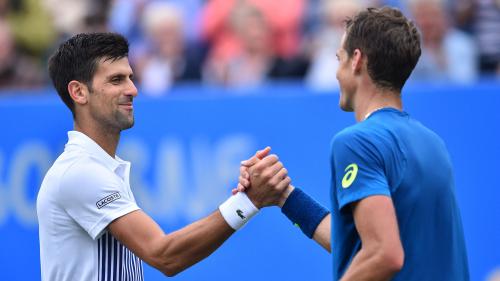 The Australian Open will finally begin, on the night of Sunday to Monday January 17. But for the followers as for the players, the “Djokovic affair” and its recent outcome occupy the discussions, rather than the first round of the tournament.

Very quickly after the announcement of the Australian justice and while the one who is now nicknamed “Novax Djokovic” himself reacted, saying he was “extremely disappointed” after the confirmation of the suspension of his visa, it is the others players on the circuit who went there with their comments. Mainly to support the Serb and regret his absence.

Since the beginning of the case, the circuit appeared divided on the situation of Djokovic. Rafael Nadal, for example, said he “disagrees with a lot of things he has done in the last two weeks”. “I also think that it’s not up to the tennis players, it’s up to the government to decide how Australia is going to manage this” had estimated, meanwhile, the Japanese Naomi Osaka, before the verdict of Australian justice is served.

First to react, Nick Kyrgios, something rather rare for him, was measured in his reaction. A simple emoji of a person holding their head in their hands. Already the day before, the Australian had spoken in defense of the “Djoker”. “IHe’s here to play tennis! I want him to win the Australian Open, had notably claimed the Australian in an interview. I want to walk around Melbourne Park with my “Idemo” t-shirt and my Novak mask”.

Alizé Cornet, on the other hand, was more equivocal by pointing to the lack of support from the players for the Serb, “always the first to represent the players”.

I know too little to judge the situation.
What I know is that Novak is always the first one to stand for the players. But none of us stood for him.
Be strong @DjokerNole

Co-founder of the Professional Tennis Players Association (PTPA) with Novak Djokovic, Vasek Pospisil denounced for his part “a political agenda at stake here with the upcoming elections which could not be more obvious”. The Canadian swears that his counterpart would never have gone to Australia if the legal authorization had not been given to him. Which would have avoided the “mess” of which he speaks.

The same word is used by Patrick Mouratoglou. The famous coach believes that “the big loser in this mess is the tournament. The only good news is that we will hopefully start talking about tennis.”

Novak would never have gone to Australia if he had not been given an exemption to enter the country by the government (which he did receive; hence Judge Kelly’s initial ruling). He would have skipped the Australian Open and been home with his family and no one would be.. [1/2]

Precisely, the media-judicial case having passed, the hour of tennis, with small yellow balls and rackets, has arrived. The first should start overnight from Sunday to Monday. Gaël Monfils, Adrian Mannarino and Rafael Nadal are notably on the program, as is the 100% French duel between Corentin Moutet and Lucas Pouille.