“Archive 81”, “Undercover: a true story” are in the replays 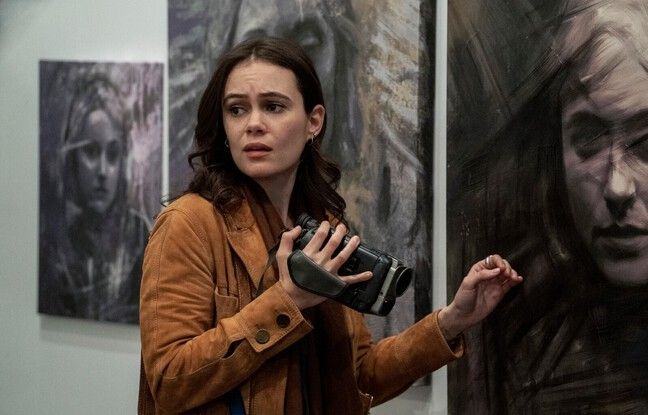 There is not only live in life, there is also replay. From YouTube to Netflix, including replays from television channels and podcasts from radio stations, 20 Minutes concocts a list of things to see, or see again, to listen to or re-listen to.

“Undercover: a true story” of a teenager who became a drug dealer because of the FBI

Undercover: A True Story is the first film shot across the Atlantic by Yann Demange, a French-born director who grew up in the UK, where he made his first film, the excellent ’71, set in Belfast that year. . Available on Netflix since January 6, this biopic, inspired by the true story of Richard Wershe Jr, portrays a teenager nicknamed White Boy Rick (Richie Merritt, a revelation) and his ex-worker father (Matthew McConaughey , spotless) in 1980s Detroit, a city shattered by the 1967 riots and the collapse of the auto industry, plagued by racism and corruption. While the father survives by smuggling weapons with local dealers, while the sister sinks like many young people in the neighborhood into crack, Rick is recruited at the age of 14 as an informant by the FBI. Federal agents offer Rick Jr. to go into trafficking under their supervision. He becomes both one of the most important traffickers in the city and the youngest informant the Bureau has ever hired. White Boy Rick was finally arrested for possession of eight kilos of cocaine in 1987, at age 17, after the FBI decided not to call on him anymore. A tragic story which was also the subject of a documentary, White Boy, also available on Netflix.

A series of eight fashion and beauty tutorials like no other! Imagined by Ambre Larrazet and screenwriter Queenie Tassell, Damoiselle, available on the free TV5MondePlus platform since January 5, parodies the fashion and beauty tutorials of today’s influencers to tell the fashion and beauty tips the beauty and fashion tips of another time. What sanitary protections were used in ancient Egypt? How to revamp your Protestant cousin during Saint Barthélémy? How to make pantyhose in times of rationing? Ambre Larrazet slips into the skin of a woman of the time during the eight five-minute episodes: Ermance, Isabeau, Octavia, Suzon, Marie… Far from being superficial, each Damsel gives us a scathing insight into the condition of women over the centuries.

A horrific series born under good auspices! Created by Rebecca Sonnenshine, behind The Boys and co-produced by James Wan, to whom we owe Conjuring: The Warren Files and the Saw Saga and Rebecca Thomas, director of several episodes of Stranger Things, Archive 81, available since January 14 on Netflix is ​​part of the found footage subgenre a la The Blair Witch Project. Dan Turner (Mamoudou Athie, seen in Black Box), a young archivist and restorer specializing in analog technologies for a New York film museum, sets about cleaning and viewing mysterious VHS damaged in a fire. Little by little, he finds himself at the heart of a mystery involving the student who shot his images, a certain Melody Pendras (Dina Shihabi, seen in Altered Carbon), and a demonic sect. Evil Dead, The Ring, Twilight Zone, Rosemary’s Baby… Archive 81, which bears its name well, multiplies the strong tributes. If this annoys you, move on, otherwise, let the (black) magic work!