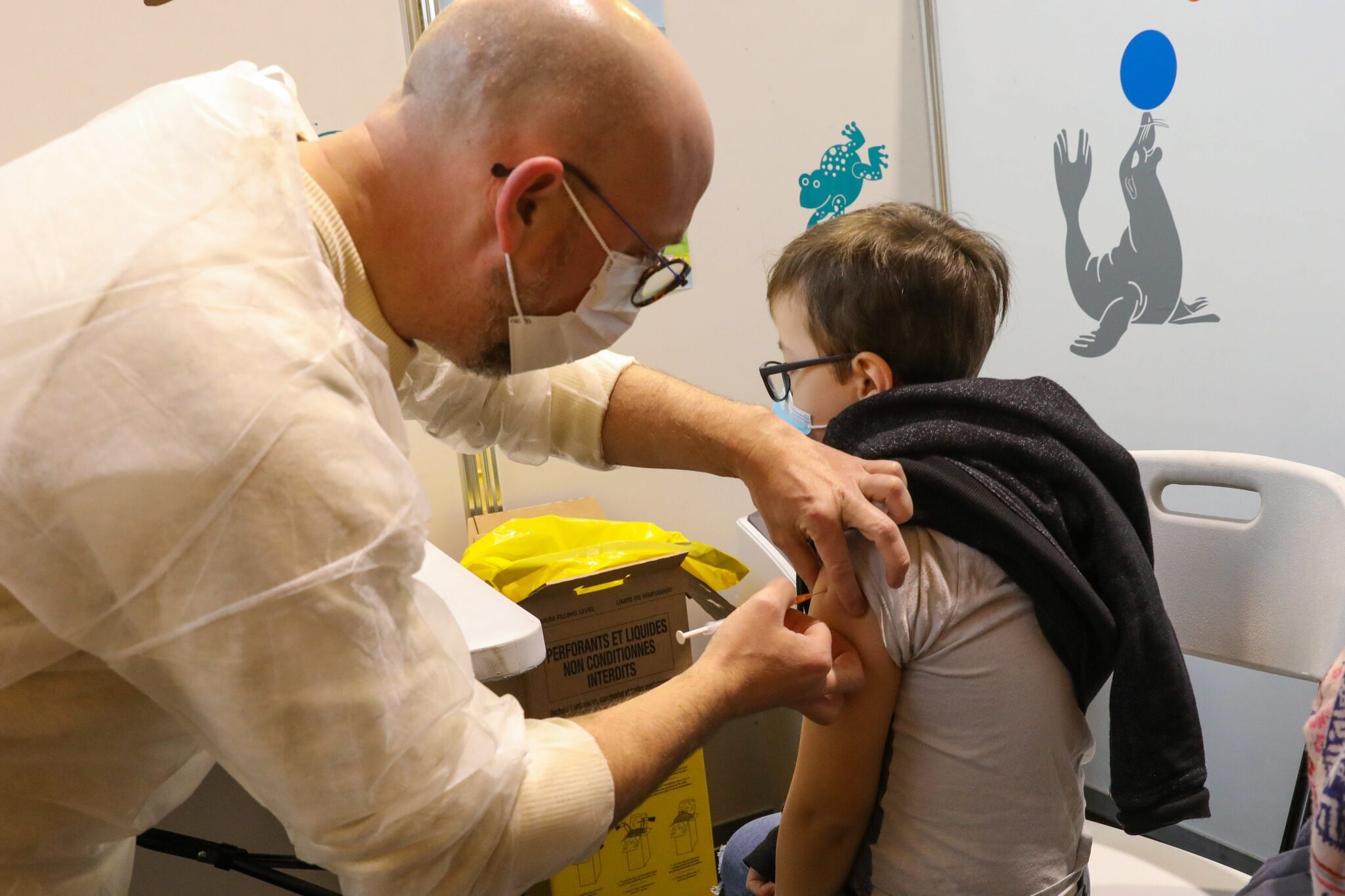 Since December 22, 2021, vaccination is open for children between 5 and 11 years old. But just over three weeks later, the number of vaccinated for this age group remains very low: only 93,000 first doses and 30,000 second doses as of January 11, according to the site. vaccinetracker, which is based on figures from the Ministry of Health.

“Vaccinating children requires more staff and therefore the implementation is slower”, analyzes Estelle Riblier, referent doctor of the Edison vaccination center in Paris, the first in the capital to be dedicated to children. For the doctor, “it’s better if the monitoring of children is adapted and supervised by caregivers used to working with them, such as a pediatrician or a childcare worker”.

→ READ. In Paris, the first children are vaccinated

Finding these caregivers, and then opening a center or at least a specific space for the vaccination of the youngest, takes time. “Better to go slowly than to do everything in a hurry”, further comments Estelle Riblier. Thus, the town hall of Paris has already announced the opening of slots for children in 4 new centers from next week.

Vaccination is also possible with general practitioners or pediatricians but, here too, the logistics are slow to start. “As it was launched just before Christmas, the deadlines are more important. For example, I ordered doses for children at the end of December and I will not receive them until mid-January, ”says Fabienne Kochert, president of the French Association of Ambulatory Pediatrics.

“Ten to fifteen minutes per child”

Added to this is the time taken by the vaccination itself. “While for an adult it is two or three minutes, we are more like ten to fifteen minutes with the children, explains Luc Duquesnel, general practitioner and vaccination coordinator in Mayenne, and then there are two of us, a doctor and a male nurse. »

→ MAINTENANCE. Vaccination against Covid-19: “There are no elements that encourage generalization of the fourth dose”

The children are vaccinated but also pricked on the finger to check if they have already contracted Covid and therefore do not need to receive a second dose. “It hurts more than the vaccine injection, so you have to manage to reassure them and, for a 5-year-old child, for example, it’s not always easy,” he continues.

Constraints and doubts on the side of the parents

On the parents’ side, certain constraints can also slow down the vaccination drive. During the vaccination, the child must be accompanied by one of the parents and the latter must bring an authorization form signed by both parents.

Doubts, too, persist within the families. “Parents are more concerned about vaccination for their children than for themselves”, summarizes Luc Duquesnel. Especially since the threat of no longer being able to live a normal life without the vaccine among those over 12 is an incentive that does not exist among the youngest. “So our role is really to support them and reassure them,” concludes Fabienne Kochert. “Parents’ trust is really the most important thing,” confirms Estelle Riblier.

End of quarantine for EU travelers arriving in Italy