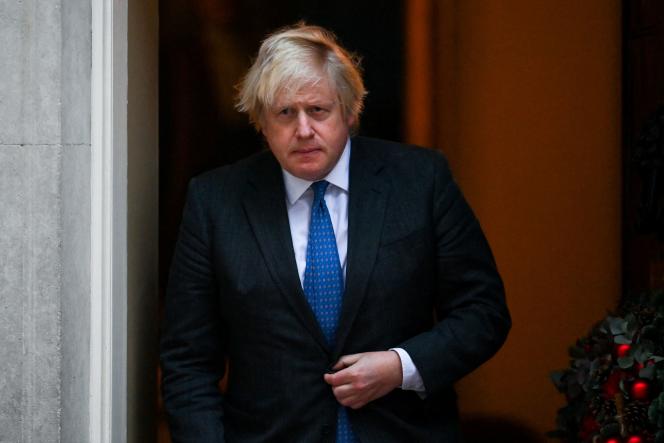 Boris Johnson never stops getting bogged down in the crisis. The services of the British Prime Minister apologized to Queen Elizabeth II on Friday January 14 following revelations about the parties organized in Downing Street in full confinement and on the eve of the funeral of her husband, Philip.

“It is deeply regrettable that this took place at a time of national mourning and on the 10 [Downing Street, adresse de la résidene officielle du premier ministre britannique] apologized to the palace,” a spokesman for the Tory leader said.

On Friday, The Telegraph revealed that on the evening of April 16, 2021, the day before Prince Philip’s funeral, two parties – which the Prime Minister did not attend – were held to mark the departure of two staff from the office of the Prince. prime minister: communications director James Slack, since deputy editor of the tabloid The Sun, and a personal photographer for Boris Johnson.

The partygoers, about thirty, had joined in the gardens of the official residence, according to the daily close to the power. A person had been sent to a supermarket to buy bottles of wine which they brought back to Downing Street in a suitcase, he said.

At the time, indoor meetings were prohibited, with the British only being able to meet with a maximum of six outside.

In a statement, James Slack also apologized “unreservedly for the anger and pain caused”.

These new revelations add to an already long list of parties organized in circles of power during periods of confinement. They also highlight, according to witnesses quoted in the media, a real drinking culture in Downing Street.

On Wednesday, in front of Parliament, the British Prime Minister presented his “apologies” and admitted having made an appearance at a rally in the gardens of Downing Street in full confinement.

Boris Johnson, however, said in a weekly questioning to the government that he had “implicitly” believed that this was a working meeting. In front of the deputies, he explained that he thought that the event complied with the health rules then in force, assuming the “responsibility” for the “mistakes” that had been made.

Now very weakened in the polls, which he flew over for a long time after his triumphant arrival in power in July 2019, he is now fighting for his retention at the head of the government.

“The Queen sat alone, grieving, like so many others at the time, affected by personal trauma and sacrifice, in order to uphold the rules in the national interest”, denounced on Twitter Angela Rayner, the chief deputy of Labour, the main opposition party.

The Queen sat alone in mourning like so many did at the time with personal trauma & sacrifice to keep to the rules… https://t.co/xyAUk7Mcxm

Highly critical, several Conservative MPs, some of whom have been strong supporters so far, have joined the opposition in calling for Mr. Johnson’s resignation.

Denouncing “a moral vacuum at the heart of the government”, Andrew Bridgen is the latest to have sent a letter of defiance to a powerful committee governing the parliamentary organization of the Conservative Party. If he receives enough, the latter will have to organize a new leadership race to replace the Prime Minister.

To understand the context: Article reserved for our subscribers Boris Johnson’s future in jeopardy after new holiday revelations during lockdown

The head of diplomacy, Liz Truss, perceived as a potential candidate for the post of prime minister, said Friday to support him “100%”. Another possible challenger, his finance colleague, Rishi Sunak, was much more reserved.

But before drawing any consequences, Boris Johnson and his ministers repeat at will that it is advisable to wait, next week at best, for the conclusions of an internal investigation carried out by a senior official. Criticized for its wait-and-see attitude, the London police have adopted the same line.

The Times said on Friday that this investigation would not have found enough evidence of criminal offences.

The shoe store of Jens and Joas can open again