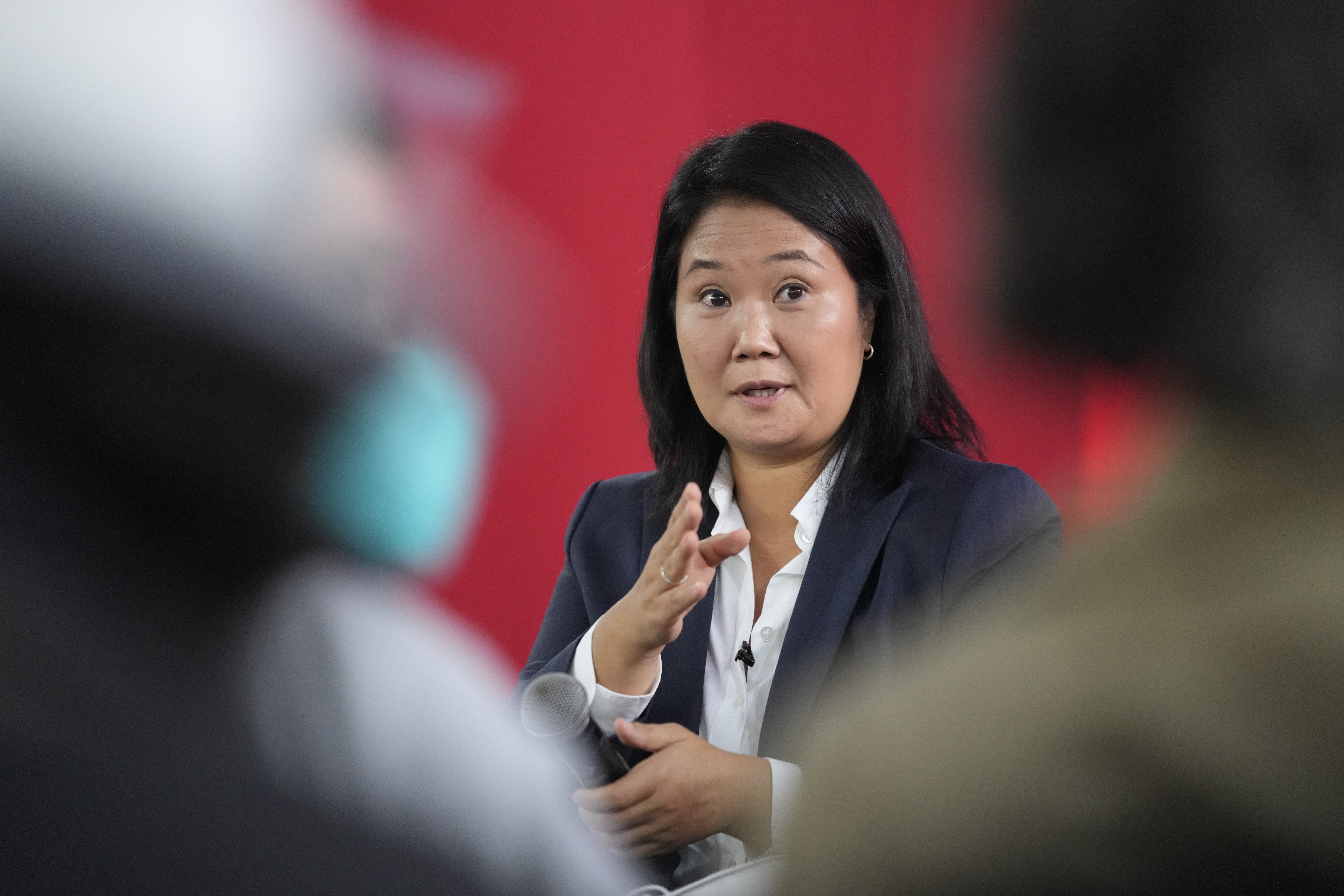 The National Elections Jury of Peru reported this Friday that the prosecution filed six complaints filed in June by the Fuerza Popular party against the electoral court, alleging electoral fraud after the vote count gave rural teacher and trade unionist Pedro the winner of the general elections. Castillo, by a difference of more than 44,000 votes over the conservative candidate Keiko Fujimori. In four regions, the prosecutors verified that there was no forgery of signatures or impersonation of table members -intervenors- as the opposition leader, her national and foreign political allies and the majority of the media in the capital claimed, delaying the proclamation of the official election results.

The electoral court indicates that the Public Ministry notified it that it did not find elements that justify continuing the investigation for the alleged crime against public faith -in the form of forgery of documents- in voting tables in the Ancash, Cajamarca, San Martín and Arequipa. Fujimori and politicians from other conservative parties held rallies between last June and July, before Castillo was proclaimed president, claiming that they were stealing the election by cheating at the polling stations. As part of the campaign, the candidate’s supporters held escraches at the house of the president of the electoral court, pressuring him to annul the votes in favor of Castillo at the polling stations they challenged on the grounds of fraud.

“During the fiscal proceedings, they interviewed the allegedly aggrieved polling station members, since the signatures on the electoral records apparently did not correspond to those on their DNI, and in all cases these citizens categorically asserted that the signatures belong to them,” said a statement from the National Elections Jury. The file notifications of the complaints for alleged forgery of signatures were issued between September and December. In one of them, a citizen of the Mariscal Luzuriaga province (Ancash region), Teresa Rojas Valverde, questioned by the prosecutor on October 18, explains why her signature does not resemble the one registered on her DNI. “Sometimes I don’t sign the same way because I’m nervous and my hand moves a lot, that’s why I will have made a different signature, but I do recognize that my person has signed these minutes because I have been president of the table and I have been present,” he replied.

The prosecutors also said that the polling station members proved with evidence – the credentials and certificates they received from the National Office of Electoral Processes (ONPE) – that they were in the polling places performing their duties and were not supplanted.

Political scientist Mauricio Zavaleta explains that, despite the weak institutional framework of Peruvian democracy, the electoral system guaranteed fair elections for various reasons. “After the government of Alberto Fujimori -in which the bodies of the electoral system were taken over- there was a commitment by the political forces to strengthen these institutions and depoliticize them. In the following years, whether due to this initial agreement or the weakness of the governments themselves, there was no systematic interference by the executives in these organizations, and they were managed relatively autonomously. This was accompanied by a process of institutional strengthening both in the JNE and the ONPE, where their national directorates or managers have generally been occupied by professional and specialized personnel”, he comments.

But for Zavaleta, beyond that, the accusation of fraud itself was very weak. “Not even the special electoral juries – which due to their temporary nature are the weakest point of the electoral system – gave merit to Fuerza Popular’s claims because there was no evidence whatsoever,” he adds. The researcher also highlights that the final result of the election was respected by the rest of the state institutions.

When consulted, the ONPE said that it gave the prosecutors the lists with the names of the intervenors who acted in the second round of elections: “those who signed were those who were in the elections that day,” said a spokesman. For the first time in the 2021 elections, Peru made a payment to the polling station members to recognize their effort, because they were elections in the middle of the second wave of covid-19 and on a day longer than 12 hours, therefore documentation was available to verify which citizens fulfilled that role. Given that the Public Ministry filed these complaints, the electoral court specifies that this rules out “the commission of illicit acts and fraud in the elections.”

The allegations of fraud by the Fujimorists were expressed in a four-pronged strategy: they acted in the streets with peaceful and other violent demonstrations -in charge of ultra-right shock forces-; in the national media, and international allies of the Fujimori candidate also misinformed about the Peruvian elections. On the fourth front, the legal one, the most powerful law firms helped Fuerza Popular present hundreds of claims to the special electoral juries to annul thousands of Castillo’s votes. When the requests were rejected, they appealed to the last instance, the National Elections Jury.

How long will the suffocating heat continue and when does the rain arrive at AMBA?

How long will the suffocating heat continue and when does the rain arrive at AMBA?