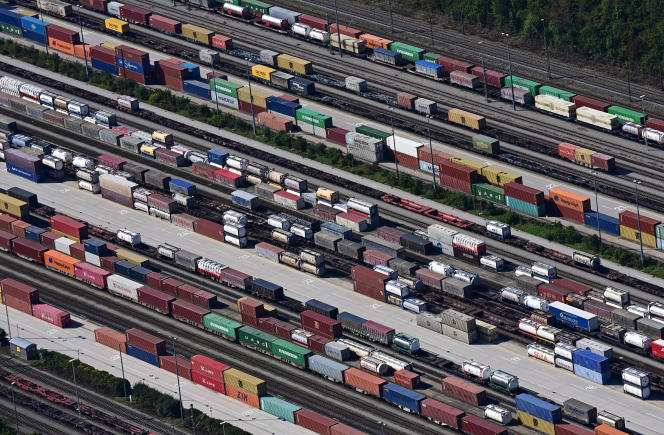 Slowly but surely, the German economy is recovering from the Great Recession of 2020 caused by the Covid-19 pandemic. The gross domestic product (GDP) of the first economy in the euro zone increased by 2.7% in 2021, announced Destatis, the national statistics office, on Friday January 14. Nominal growth is certainly significant, but there is no reason to rejoice: this increase in GDP remains insufficient to offset the 4.6% drop recorded in 2020. In 2021, the national production level remained 2% below that of 2019.

An international comparison is enough to understand the persistent difficulties of the world’s fourth largest economy. Germany shows a significantly lower increase in its GDP than that of its European partners. According to European Commission forecasts, quoted by Destatis, the rebound is much greater in France (+6.5%), Italy (+6.2%) and Spain (+4.6%). Admittedly, these three countries had suffered a stronger decline than Germany in 2020, but the latter is clearly below the European average and the euro zone (+ 5% in 2021). Above all, the contrast with the United States is painful: the American economy had fallen less sharply in 2020 (– 3.4%), but its recovery in 2021 is much more vigorous (+ 5.8%).

The main cause is Germany’s high exposure to foreign trade, which makes it more susceptible than others to current supply chain disruptions. Despite full order books, the industry is failing to meet demand, due to shortages of raw materials and electronic components such as chips, which have reached a historically high level.

The shortage indicator calculated by the economic institute Ifo has largely exceeded the peak reached during the economic and financial crisis of 2008-2009, which has driven prices up. Industry, a key sector of the German economy, has certainly progressed (+ 4.4% compared to 2020), but not enough. The bottlenecks also concerned transport problems, in particular by sea, which are decisive for “Made in Germany”, underlines Destatis.

The sports, leisure and cultural sectors, in particular, are suffering

These effects combined with the pandemic restriction measures imposed in 2021, which affected consumption. In the first quarter, Germany was in virtual confinement, with shops, restaurants, hairdressers and schools closed or in restricted operation. The sharp upturn in activity in the spring and summer was halted by the return of infections and restrictions in the fall.

You have 44.74% of this article left to read. The following is for subscribers only.

Restaurants are open in Valkenburg, even if it’s not allowed

Olympics 2022: Denmark will not send official representatives to Beijing, due to “the human rights situation in China”

Olympics 2022: Denmark will not send official representatives to Beijing, due to "the human rights situation in China"