Former striker Lorenz Assignon exploded as a defender at Rennes 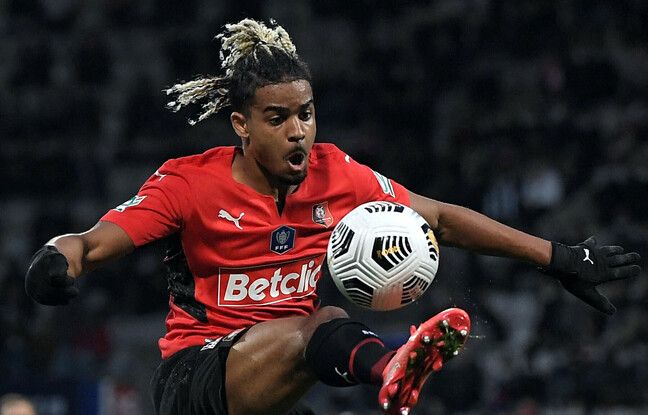 A delight. For his first press conference, Lorenz Assignon appeared very relaxed. The smile glued to his young face, the young Stade Rennais full-back gave himself straight to his first “real” season with the pros. Already summoned several times with the big boys, including in the Champions League, Lorenz Assignon had been left on the bench by Julien Stéphan. It was finally Bruno Genesio who offered him his chance at the start of the season, after a six-month loan in National at Bastia. Last Saturday, the young defender took advantage of the absence of Hamari Traoré, who left to play the CAN with Mali, to afford a fifth start of the season. And mark the spirits. In the torpor of a Stade Rennais without ideas and lacking in confidence, the side was the best Breton in Lens, and by far. Sunday, he hopes to do at least as well for the reception of the Girondins de Bordeaux (kick-off at 1 p.m.), in a stadium that has made him dream for years.

“I am living my waking dream. It is a consecration for me. It’s seriously cool, I like to be there. The vocabulary doesn’t lie. Lorenz Assignon is still very young. The one who will turn 22 next summer is far from being the youngest member of the Stade Rennais squad. But he had to wait before making a place for himself. “I always had to work more than the others,” summarizes the defender. Son of the Togolese international Komlan Assignon, Lorenz seemed destined for a career in football, which he practiced very young.

Much loved, despite the defeat, envy and generosity of Lorenz Assignon. Strong, energetic match. Lack of technical accuracy at times but it’s promising.

When he arrived at Stade Rennais as a teenager, the native of Grasse (Alpes-Maritimes) had to deal with a weight problem. Or size. Well, a bit of both. “When I arrived in Rennes, I struggled a bit because I had a morphological delay. I was a feather, very small, very thin. “He never gave up in duels, even if he couldn’t compete and he was being shaken up,” explains Romain Ferrier in a very good article. produced by Stade Rennais Online. The one who then trained the Rennes reserve is now playing for the Girondins and remembers a kid who was a little crazy. “He was bubbly, endearing, kind, very well educated. But not ready. »

It will take the native of Grasse two years of physical work and kilos of iron to lift to see his body transform and adapt to the high level. Over the course of his training, Assignon will even gradually retreat on the ground, to land on the right flank of the defense. “When I signed, it was to become a striker,” he recalls with a huge smile. His projection abilities and his sense of goal give him a little extra to outflank the defenses which Bruno Genesio really likes. But what seems to seduce him the most is his attitude. “This is the typical example of a beneficial loan last year at Bastia with playing time. What is good is this joy of training. I also experienced that with Ferland Mendy in Lyon, who always had this banana. I think it’s very important. It’s nice to see a young player with this state of mind. It’s a strength that we find later on the field.

Since his signing with Olivier Létang just before the interruption of the season in 2020, Lorenz Assignon had to wait to afford the place of lining Hamari Traoré. Long barred by competition, the side took advantage of the departures of Sacha Boey at Galatassaray and Brandon Soppy at Udinese to take the number 2 spot behind the captain. Absent for several weeks, the Malian played a very important role in the emergence of his replacement. “Hamari is like a big brother. I learn a lot from him. »

On Sunday, a broken-down Stade Rennais hopes to count on the overflowing energy of its side to stifle a Bordeaux team in full doubt, in a Roazhon Park which has made Assignon dream for years. He who vibrated in front of the exploits of Ousmane Dembélé, Ismaïla Sarr or Hatem Ben Arfa. “I couldn’t see myself starting anywhere other than Roazhon Park,” he slips before getting up and leaving. Always with a smile.