Delon, Belmondo, Johnny? Who is hiding behind the “National Monument” of Julia Deck’s latest facetious novel?

Julia Deck gives laughter in this return to winter 2022 crushed by the Houellebecq with her latest novel, National Monument, which tells the end glory of a figure of French cinema whose entourage, at best eccentric, at worst venal, composes a gallery of earthy characters. Scenario with small onions, sharp writing and caustic humor against a background of well-felt social painting are on the program of this fifth novel by Julia Deck, published on January 6 by Editions de Minuit.

The story : Once upon a time there was Serge Langlois, an old film actor crowned with glory, adored by France, a lover of beautiful cars and pretty girls. This king of screens lives in a castle on the edge of the forest, in Rambouillet, with his young wife Ambre, ex-Miss Provence-Alpes-Côte d’Azur, 30 years his junior, and their twins, Joséphine and Orlando , adopted in Central Asia. In this modern fairy tale, alongside the lords there are also peasants, who live in the 93, or at the castle when they are in the service of the Langlois: nurse, steward, gardener, driver, cook, sports coach or teacher of yoga…

At the castle we party, we bathe in the swimming pool while the tax specialists take care of putting the fortune away in offshore accounts. Ambre preaches joy and compulsively posts marital and family happiness on Instagram, which does not spontaneously include Virginia, daughter of Serge’s second wife. The arrival of Cendrine Barou to replace the former nurse who was dismissed marks the beginning of a series of events signaling the end of the castle’s life, and the beginning of the clan’s decomposition. The story therefore takes a more detective turn…

Belmondo, Delon, Gainsbourg, Johnny… there is a bit of all of these hidden behind this “National Monument” told by the author of Private Property, of which we find certain characters reappearing here under a new identity.

The novelist stages “her national monument” in the middle of a gallery of stereotypical characters, drawn in one line: Amber, the wife, a tall, uneducated and gnangnan stem, Madame Eva, the surly steward and fond of facts. miscellaneous, Cendrine, the ex-cashier turned nurse, an intriguing mother of a hyperactive (not to say cataclysmic) little Marvin, Aminata, the buxom cashier at 93 and Abdul, her bodybuilder boyfriend saved from Salafism by a ephemeral career in showbiz, converted into a sports coach with the Langlois, Mathias, the manager of the Super U propelled spokesperson for the Yellow Vests, or even Sophie de Mézieux, the neighbor of the Langlois, a desperate housewife trying to forget her boring life in the arms of Ralph, the driver, carried on rabbit’s feet and hostile to lapdogs.

To these are added characters straight out of reality, such as the Macron couple, to whom the novelist offers an anthology scene at the castle. Julia Deck skilfully mixes fiction and reality, trying to blur the tracks to better amuse us.

The story is told to us in the first person by the Langlois’ adopted daughter, a seven-year-old child with a sharp gaze, who misses nothing of the adult world. Like them, she already has a keen sense of concealment and the art of manipulating her world, but also an ability to extract herself from a miserable reality through reverie and imagination. These inclinations often make us doubt the reliability of the narrator, which does not fail to add spice to the story.

In this novel which begins as a parody of a fairy tale, and ends in a register half-polar half-Cluedo, we laugh a lot, but not only. Behind the clichés that she handles with irony, the novelist actually digs deep subjects, such as identity, relationships of social domination, the chimeras of a devouring virtual world.

In a frantic pace, the novelist deploys her story in a tense writing, without fat, colorful and full of humor. Through a well-crafted plot, Julia Deck refines her art of sketching the era and portraying today’s France, from the yellow vests to the pandemic, while offering us a moment of total entertainment. A treat. 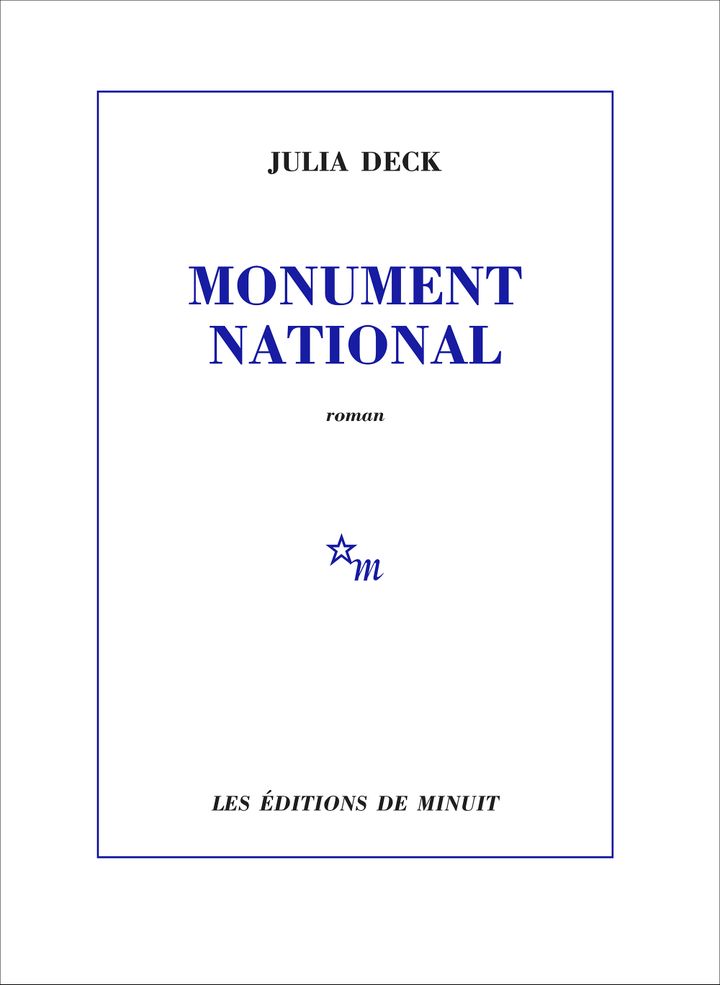 “Our father was just beginning to take a few steps again when France was summoned to draw the curtain. The news fell like a blow from a truncheon. At the château as at Blanc-Mesnil, we could not see how a little fever, a little came from Hubei, was supposed to put a stop to all the projects that we were toiling away somehow to set up. But it suddenly turned out that the government had the power to force the population to clear off rounds -points and to remain blandly at home in front of the continuous news channels.France complied as one man.We had never seen such docility in France.
Despite all the wealth that protected our family, we still knew little about this virus that was decimating the less fortunate. He might as well mutate to go after the wealthy, conjectured Cendrine, who had gleaned some notions of genetics on BFM, even children, and she pointed in my direction a finger reddened with clippings. – We could call the manicure, evaded Amber, who in uncertainty clung to the concrete of life. – It’s forbidden, reminded Cendrine, and she explained to her once again the rules of confinement because our mother, preoccupied, forgot them immediately.” (“Monument National, page 128)

Picked: How Witches Turned Into Superheroes