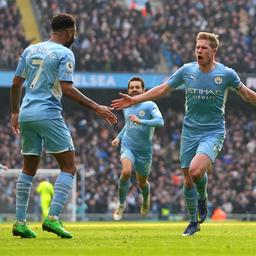 Manchester City did an excellent job in the title fight on Saturday by winning the top match against competitor Chelsea 1-0. The team of manager Josep Guardiola, which recorded its twelfth league win in a row, is now even more firmly in the lead in the Premier League. Later in the day, despite major mistakes at Aston Villa, Manchester United gave up a 0-2 lead: 2-2.