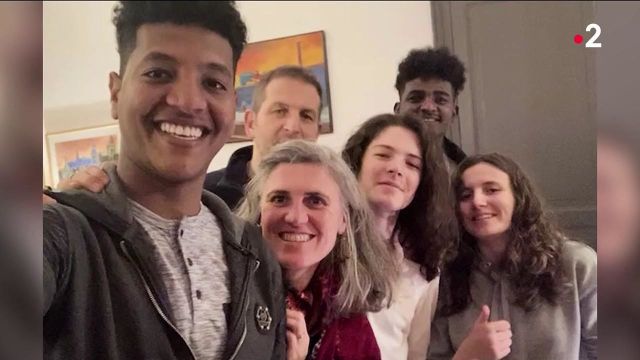 Two months after the tragic death of 27 people off Calais, a man lost his life again on Friday January 14 while trying to reach England. Far from the political debates around migrants, several families regularly open their doors, offering their guests a few days of rest and good humor.

Like every Saturday in Calais (Pas-de-Calais), nearly a hundred people gather in the hope of finding a roof over the weekend. For four years, the Migraction collective has enabled exiled people to spend 48 hours in the warmth, among 400 volunteer families. A much-coveted moment of respite. Ahmed and Ali, two 20-year-old Sudanese, are among the 50 people selected that day. Arrived in Calais several months ago, they are in transit and hope to reach the United Kingdom.

After an hour’s drive and arriving in Roubaix (North), they meet their hosts for the next two days. Christelle and Pierre ensure the visit. “We prepared for their arrival very simply, with simple things, a toothbrush, socks, a bed, a shower. We know that’s what they need,” says the host. “Spending two good nights, it will do us good,” says one of the guests. After the installation and the rest, it’s time for the first exchanges, around the meal, then to have fun around a memory game. No need to speak the same language: complicity begins with simple gestures.