A third man indicted in the case of dragged pedestrians 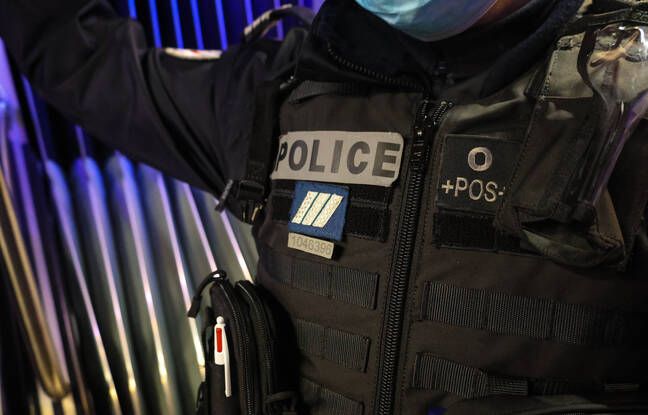 A third man was indicted and imprisoned after the broadcast of a video shot last weekend showing a motorist grabbing and dragging two pedestrians until they fall, the Bobigny prosecution announced on Saturday. This third protagonist, rear passenger of the vehicle, had presented himself spontaneously Thursday at the police station of Noisy-le-Sec, in Seine-Saint-Denis, where the facts took place in the night from Saturday to Sunday. He had been taken into custody.

At the end of this, the investigating judge indicted him on the count of complicity in willful violence resulting in incapacity for work of more than eight days in a meeting, with a weapon and with premeditation, announced in a communicated the prosecutor of Bobigny Eric Mathais. The other two occupants of the vehicle, the driver and the passenger in the front of the vehicle who filmed the scene, were arrested then indicted and imprisoned earlier in the week.

“Laughter of the evening”

The amateur video, subtitled “crazy laughter of the evening”, sparked an outcry on social networks and was the subject of multiple reports from Internet users on Pharos, the platform for reporting illegal online content and behavior. The passenger films the driver who grabs a man while continuing to drive, forcing the victim to run until he falls to the ground. Then it’s another man’s turn to suffer the same fate.

A 64-year-old man, named Ali, filed a complaint against the occupants of the car. He was prescribed 45 days of ITT, suffering in particular from a broken shoulder and foot. “The authors had asked him for a cigarette. When he handed it to the driver, the latter grabbed him by the arm, held him back and started accelerating, ”described the Bobigny prosecutor on Tuesday.

The second victim visible on the video has not been identified to date. A young woman, who does not appear in the images but says she suffered similar events, also filed a complaint.