400 years of the birth of Molière: the program of celebrations in France and around the world 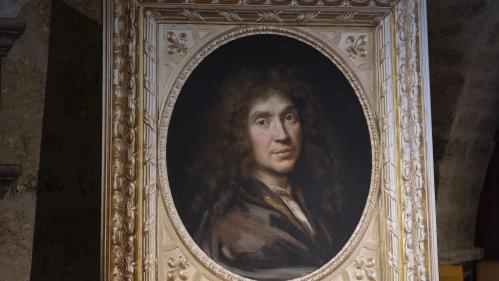 400 years and not a wrinkle: Molière’s anniversary year starts on Saturday in France, but also in other countries, to celebrate the best known and most popular of French playwrights.

In his “house”, at the Comédie-Française

The celebrations will take place in particular in the high places that marked his career as a theater director and playwright, but especially in his “house”, the Comédie-Française, born seven years after his death.

The troupe of the Comédie-Française will exclusively play plays by Molières until July, starting on Saturday with Tartuffe or l’Hyprocrite, the original and censored version of the famous play on the false devotee.

“I have a relationship with him as a comrade,” Dominique Blanc, one of the most admired actresses in the troupe, told AFP. The French, located near the Palais-Royal and the Louvre, “is anchored in the district where he lived and where he died, he is everywhere in the air”, she smiles.

The actor Denis Podalydès affirms him not to be “superstitious” as for the presence of the spirit of Molière in the house. “He sleeps in the books until we play him (and there, there is something very lively”.

Like every January 15, a tribute will be paid to him at the Frenchman: a bust of Molière is solemnly placed on stage, the entire troupe gathered salutes him and everyone recites a line from his plays.

The start of the festivities begins this Saturday, January 15 in 200 cinemas with a new Tartuffe, directed by Ivo van Hove, who unearths the play in its original version with in particular Denis Podalydès and Dominique Blanc, and the striking Christophe Montenez in the role- title.

At Versailles, where Molière had King Louis XIV as his protector and in front of whom he created some of his emblematic pieces, several will be repeated in their original form: the “comedies-ballets”, created in complicity with the composer Lully.

In the city, which organizes “Le Mois Molière” every summer, a statue signed by the artist Xavier Veilhan will be erected in May and an exhibition, Molière, the factory of national glory is presented at the Espace Richaud, from 15 January to April 17, 2022.

Another statue will be unveiled on Saturday in Pézenas (Hérault) between Béziers and Montpellier, where Molière stayed several times at the start of his career. The historic center will be punctuated by excerpts from his comedies or evocations of his life and a Molière stamp will be on sale in preview.

At the National Stage Costume Center in Moulins

At the National Center for Stage Costume in Moulins (Auvergne-Rhône-Alpes), the exhibition Molière in costume is expected at the end of May and will run until early November.

At the BNF and at the Paris Opera

At the Musée de l’Opéra from September 27, 2022 to January 15, 2023, with pieces from the collections of the Bibliothèque nationale de France, the Opéra national de Paris and the Comédie-Française, the exhibition Molière in music will explore the place of music in the work of Molière and the influences that Molière exerted on composers and contemporary creation.

An exhibition Molière le jeu du vrai et du faux will be held at the BnF Richelieu from September 27, 2022 to January 15, 2023. It will present an exceptional collection of works of art, archival pieces, original editions, costumes , photographs, models of sets and audiovisual documents from the collections of the BnF and the Comédie-Française. The visit will continue in the Rotonde des Arts du spectacle with a presentation of works and documents on the theme of Dom Juan.

Many conferences will be devoted to him in France and around the world, from the Sorbonne in Paris to the American University of Yale, via the Università degli Studi di Torino (Turin) or even Florence, according to the dedicated site. moliere2022.org

Plays and events all over the world

Activities and plays are also planned in Belgium, Switzerland, and even in the American city of Kansas City.

A Molière Atlas, bringing together 150 maps and computer graphics on the life, work and times of Molière was published on January 13 by Les Arènes. On January 6, Gallimard publishes the Pléiade Molière box set which brings together his complete works in two volumes .

In his essay Open letter to Molière, (Réalgar editions), Jean-Claude Berutti evokes the death of Molière through an imaginary fictitious letter from the actor Michel Baron.

For young readers, La jeunesse de Molière, by Pierre Lepère and Pierre Mignon tells the story, published on January 13 by Gallimard Jeunesse, tells the story of the life of young Jean-Baptiste Poquelin, son of an upholsterer of Louis XIII, and his beginnings in the theater world.

Flammarion Jeunesse publishes in partnership with the Comédie-Française Le Bourgeois Gentilhomme Scènes Chosen, an edition adapted for young readers, illustrated by Bérangère Delaporte. The book appears on January 26 in a new collection under development.

But still not in the Pantheon

Actor Francis Huster has been fighting for years for this great figure to enter the Pantheon. An idea recently defended by LR presidential candidate Valérie Pécresse, who described the 17th century playwright as “the greatest genius of French theater”.

But the Elysée ruled out such a possibility, saying in a statement to AFP that all pantheonized figures “are after the Enlightenment and the Revolution.”