Via express, they resolve divorces and even lawsuits with noisy neighbors

The official explained that state legislation is one of the most advanced and allows them to intervene in any commercial issue, such as debts or breaches of civil contracts. In family matters, the most common are divorces by mutual agreement or administrative, issues of custody and coexistence with children, in addition to alimony.

He added that they also see community issues such as conflicts with noisy neighbors and poor condition of common areas, among others.

Alternative justice reduces pressure on the courts in Jalisco

The Alternative Justice Institute (IJA) uses conventions and agreements to reduce the workload accumulated by family and commercial courts. Guillermo Zepeda Lecuona, director of the organization, reported that intrajudicial mediations have increased fivefold, allowing cases that were before a judge to be turned over to mediators to seek agreements between the parties involved.

The official said that “when Ciudad Judicial closed in 2020, the project “Change your trial for mediation” was launched. In cases where an agreement could be reached, they allowed the file to be removed from the court to be taken to a mediation center and resolved; with the will of both parties. The number of intrajudicial mediations increased fivefold, in 2019 there were 142, in 2020 there were 740 and last year more than a thousand.

Jalisco is the only entity in the country in which administrative divorces can be resolved through alternative justice mechanisms and by mutual agreement, There is an agreement of the Council of the State Judiciary by which all conciliation hearings, which by law must be held in civil and family courts, are carried out by IJA mediators.

In addition, the Institute has a presence in Judicial City with eight mediators to follow up on the procedures.

Divorce resolved after years of separation

After living ten years in the United States, Eugenio returned to Guadalajara and among the first things he did was get a divorce. The 42-year-old man reported that he migrated, a few months after getting married, to seek better economic conditions, but his wife stayed in Mexico, he said that with the passage of time they grew apart, a year and a half later his partner told him that she was leaving him and each one made a life for himself.

After only a few months of marriage and living together, they did not have children or build a common heritage, but they were still married. Upon his return to Mexico, his ex sought him out to finalize the divorce. Eugenio and his ex went to the Alternative Justice Institute to get a divorce, he said, surprised by how easy it was.

“Each one has gone their own way, but that role existed here and she had not been able to remarry, although she already has another family. I was surprised that he asked me, I had no knowledge that it could be done quickly and without expense,” he said.

He added that the process was quick because they had nothing to fight for, in addition to the fact that each one rebuilt his life with another couple.

Most of the matters resolved by the Alternative Justice Institute correspond to administrative divorces and by mutual agreement. In addition to custody and child support. 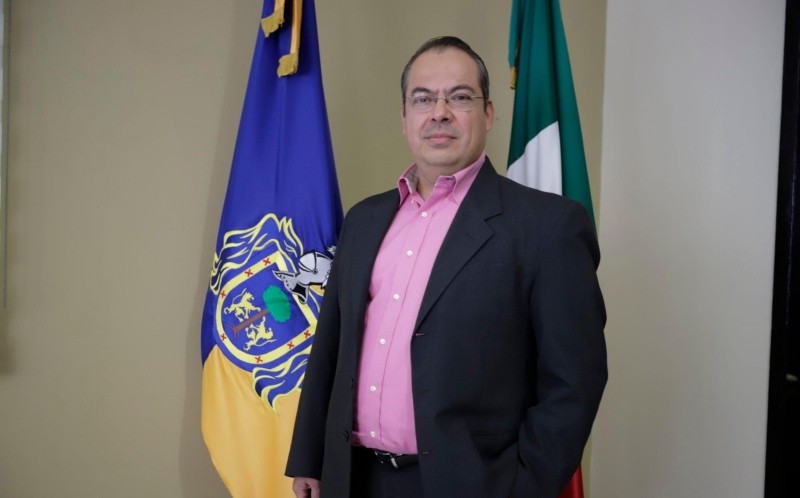 Guillermo Zepeda Lecuona, director of the IJA. THE INFORMER/Archive

The institute continued to work during the COVID pandemic

With the closure of courts due to the COVID-19 health contingency last year, the State Institute of Alternative Justice became a way to unblock cases and reach conflict resolution, said Guillermo Zepeda Lecuona, director of the IJA.

He explained that, unlike the courts that stopped activities for months, The institute suspended its services for only two weeks in March 2020 and in that period they carried out 117 mediations via telematics. He explained that the agreement validation area did not stop work; and the number of cases brought by trial lawyers grew by 7% and the number of agreements they validated stood out.

Every year the IJA makes about 11,000 agreements, of these 1,400 are matters sent by the judges of first instance. As part of the commemoration of the institute’s first decade of operations, it was reported that intrajudicial mediations have increased fivefold, after the agreement of the Council of the Judiciary, the conciliatory hearings, which by law must be held by civil and family courts, are carried out by certified personnel of the IJA.

After almost four years in office, the current director of the Alternative Justice Institute, Guillermo Zepeda Lecuona, announced that he aspires to be ratified for a second term at the head of the institution. He considered that they have done a good job, although he acknowledged that they have challenges and aspects to improve. For this year they are preparing a reengineering of processes to continue being efficient, in addition to continuing with the authorization of municipal mediation centers, They hope to reach at least 12 more municipalities.
The IJA is not part of the new labor justice scheme, it is within the consultative council of the labor conciliation body that will be created to assume the functions of the Local Conciliation and Arbitration Board. In the case of the network of public and private mediation centers, they could help, provided that the agreements are endorsed by the new labor conciliation body. 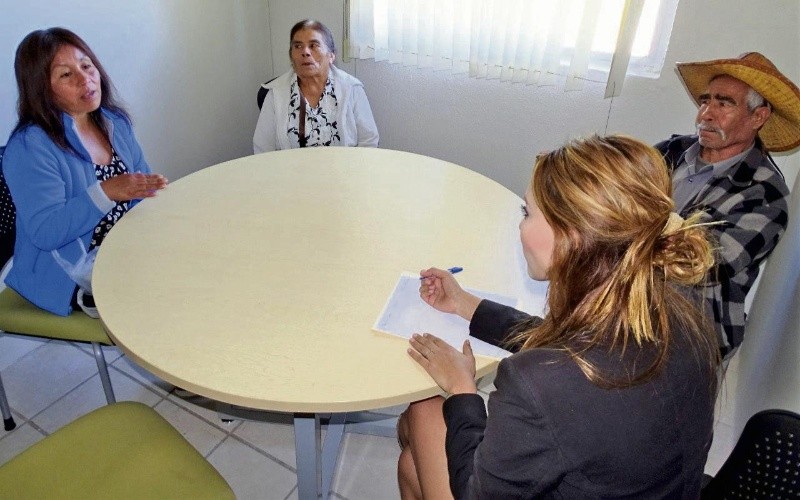 Agreements between the parties involved can resolve the conflict faster than in court. SPECIAL

Isabel currently supports herself financially, takes care of her two children and maintains good communication with her ex-husband.

After requesting information from the Jalisco Social Prosecutor’s Office, they informed him that due to the COVID-19 pandemic they could not attend to his case.

Isabel went to the Alternative Justice Institute in September 2021 for legal divorce proceedings.

This institute, as a support body of the Judiciary, addresses personal and community conflicts through alternative methods that involve the needs of all parties.

The situations where alternative methods can be applied are the following: separations, divorce where there are no minor children or common property, housing allocation, child support, coexistence and communication regime, food assistance to fathers and mothers and care of sick relatives.

Through a television news program, he learned that he could make use of these tools. He emphasizes that the process was carried out in an agile manner and the attention he received from the institute was pertinent. He adds that the approach to this procedure was a common agreement with who at that time was his partner. She requested an appointment for said procedure and three days later she received an answer.

The following week she appeared together with her ex-husband and these days she is about to receive her document that proves the closing of this divorce process.

“The process seemed very easy and accessible to those who need it. Now I work as a cleaner and I keep going for my children,” commented Isabela.

The Alternative Justice Institute has a presence in 47 municipalities of the State, where there is the possibility of seeking the resolution of a conflict without going before a judge.

The IJA reported that, with the support of the municipalities, 19 municipal mediation centers operate, in addition to the private ones and the mediation spaces that the DIF has.

“We are in 47 of the 125 municipalities and we are putting a lot of emphasis on the communities that previously did not even have a minor judge and had to go to another municipality to resolve their conflicts,” explained IJA director Guillermo Zepeda Lecuona. He added that they opened a center in Bolaños, which prevents residents from having to travel two hours to Colotlán to file a lawsuit. Also, they arrived in Jamay and El Limón, thus reducing the workload in the courts of Ocotlán and Autlán; centers are underway in Villa Purification, Villa Guerrero and Mezquitic.

At the state level there are 275 service points, 160 public and private mediation centers, 29 from the IJA, 72 provide it directly, plus 19 municipal centers. 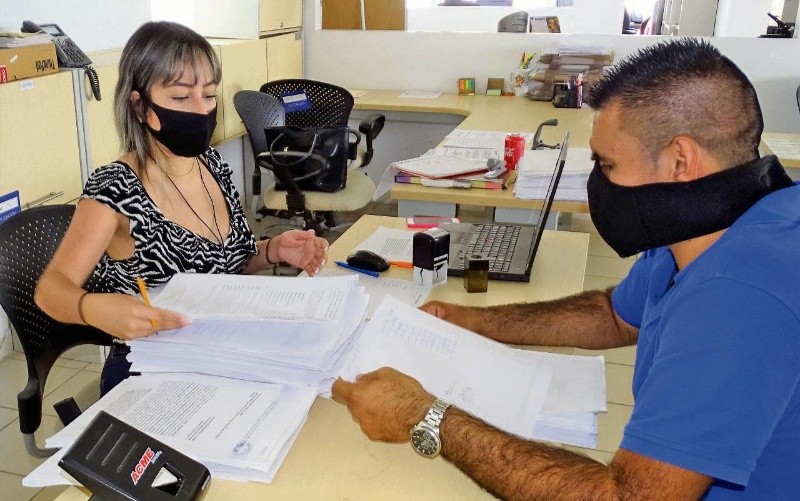 The alternative justice centers have reduced the saturation of cases accumulated by commercial and family courts. SPECIAL

JALISCO IS A PIONEER

The system is booming

The growth of the use of alternative mechanisms to resolve conflicts has been encouraged with measures such as:

The current legislation that gave autonomy and powers to the IJA to elevate resolutions and agreements to an enforceable sentence; In other States, the mediator has to go to a judge to qualify the agreement and time is wasted The openness of litigants and universities to approach and be trained in alternative resolution methods and not close to the adversarial way to resolve conflicts and reach agreements Jalisco is the only entity in which administrative divorces can be resolved through alternative justice mechanisms and by mutual agreement The Council of the Judiciary determined that all conciliation hearings are carried out by IJA mediators; They have a presence in Judicial City with eight mediators. 37 percent of the matters received correspond to the family area, and 28 percent to the civil area. The rest is divided between community, criminal, and labor, among others. The Institute of Alternative Justice of the State of Jalisco receives 22 percent of the total cases presented to the local Judiciary Currently, 19 municipalities of the State of Jalisco have opened their own Mediation Centers to facilitate access to justice directly in their communities, without the need for the population to move to another municipality to resolve a conflict In Jalisco there are 520 public and private mediators With Alternative Justice, the number of family court burden

For more details of these procedures, go to 316 Enrique Díaz de León avenue, in the Villaseñor neighborhood, in Guadalajara.

What do you think of the work of the courts in Jalisco?