Vaccine pass: here are the four major changes made by the Senate to the bill 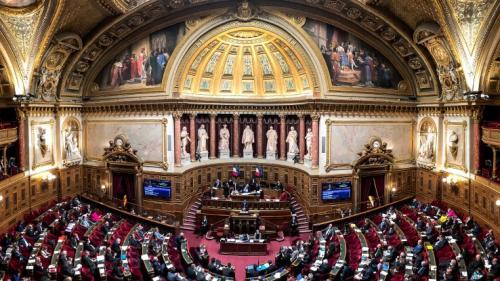 It was in a peaceful atmosphere that the Senate voted at first reading, on the night of Wednesday January 12 to Thursday January 13, a considerably revised version of the key article of the bill transforming the health pass into a vaccination pass. If the senators voted 249 votes for and 63 against, the changes they made announce a tense discussion between deputies and senators in a joint committee on Thursday.

If agreed, this text thus modified will be submitted for final adoption to the vote of the Senate on the same day, then to that of the National Assembly on Friday. If the discussion fails, the bill will go back to a new reading in both chambers, with the Assembly having the last word. Franceinfo details the main changes made by the senators.

1A sunset clause must govern its implementation

For the Senate, the vaccination pass is considered a “strongly restrictive of freedoms” measure. The rapporteur Philippe Bas has therefore framed the use of this pass by an “automatic extinction” mechanism so that it is neither imposed nor maintained more than necessary. Thus, it could only be required when the number of hospitalizations linked to Covid-19 is greater than 10,000 patients at the national level. As of January 12, nearly 24,000 people were hospitalized with Covid-19.

If the number of hospitalized patients is below this threshold of 10,000 patients at national level, the vaccination pass could only be maintained in departments where at least one of the following two criteria is met: a vaccination rate (complete schedule ) less than 80% of the total population or active circulation of the virus.

2Minors must be excluded from this obligation

Against the advice of the government, which wishes to set the mandatory threshold for a vaccination pass at 16, the senators have planned to limit the obligation to present a vaccination pass only to people over 18, for the sake of clarity. .

Minors aged 12 to 17 would remain subject to the obligation to present the current health pass. Clearly, they could participate in leisure activities by producing the negative result of a simple screening test.

On the other hand, the senators voted in favor of a single parental authorization for the vaccination of 5-11 year olds, as is already the case for 12-15 year olds.

3ID verification should be removed in bars, cafes and restaurants

The Senate has clearly removed the possibility for managers of places and activities subject to the pass, such as owners of bars, cafes and restaurants, to verify the identity of holders of the vaccine pass wishing to enter their establishment. .

The text voted on at first reading by the deputies was to allow, in a very controlled manner, managers to request an “official identity document”, “when there are serious reasons to believe that the document presented is not authentic or does not relate to the person presenting it”. This authorization was issued in order to limit fraud.

Finally, the senators opposed administrative sanctions against companies that do not play the game of teleworking or do not apply health protocols in the context of the Covid-19 epidemic.

It was initially planned in the text to sanction these companies with an administrative fine of up to 1,000 euros per employee, within the limit of 50,000 euros. But the Senate Social Affairs Committee considered that “these provisions were part of a coercive logic which was neither useful nor desirable”.