“The future of live is essential,” says Didier Varrod 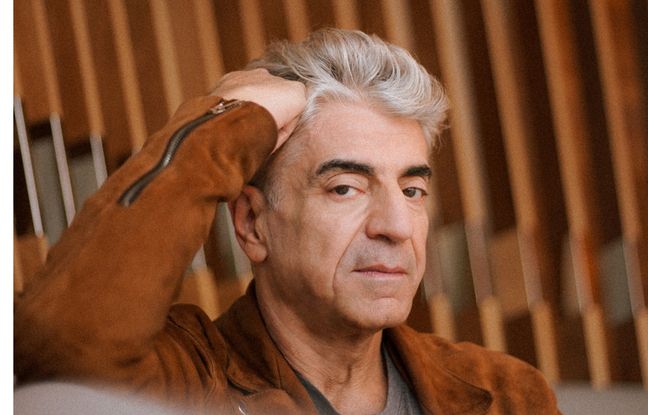 Despite a gloomy climate and a bamboche at half mast, the party has not said its last word. From January 21 to 23, the Maison de la Radio et de la Musique will organize the very first edition of the Hyper Weekend Festival. A new cultural event to warm souls in the heart of winter and celebrate the abundant French scene of contemporary music. “We are not going to do just one more festival, but a festival that tells something else and that will allow us to focus once a year on the gigantic offer of the musical programming offered by all our antennas, explains Didier Varrod, the Director music from the antennas of Radio France. I also wanted to focus on creations, things that we will never have seen before and that we may not see afterwards, and on artists who are at their beginning. »

For three days, more than 50 artists will perform on the various stages of the round house, from the 22nd floor to the auditorium, via studio 104. On the program: concerts by November Ultra, Iliona, Pierre de Maere, Superpoze or even the “Divas 2022 – the voices of tomorrow” with singers Jäde, Joanna, Lazuli and Nayra (preceded by a masterclass on the place of women in music). On the creation side, spectators will be able to discover a unique show by Clara Luciani accompanied by the Philharmonic Orchestra of Radio France but also the meeting of House music and gospel with Kiddy Smile. Jean-Michel Jarre, Lala & ce and Alex Beaupain will also be there (the complete program is
to discover here). Didier Varrod tells 20 Minutes more about the launch of this new festival.

Is there something a little political in maintaining this festival and this message of support sent to the world of music?

I had already started working on this festival in January 2020 to organize it in 2021 but there was confinement, so we postponed it to 2022. But a year ago, we were in the middle of a curfew , Juliette Armanet and Malik Djoudi who formed the collective “And we put the sound back” called me for help. In fact I understood that in this “we can’t take it anymore” that it wasn’t so much the fact of no longer playing, but of no longer seeing each other. We set up HyperNuit in three weeks, there were 100 artists in full curfew who were playing. It was great because I heard the echoes backstage and the artists were happy to meet up, to chat… Some had tears in their eyes. In January 2021, for me putting back the sound and the collective was a political act. In January 2022 it was supposed to be a music support festival in the natural order of things, I thought we would be back to normal. But it is through this decision to maintain that it becomes a political act. However, in the unmasked festival that I imagined, politics was elsewhere, in the programming.

On a first evening where there are only women, already. You look at the Rock en Seine programming, and you will see that there is a small gap. These artists, be it November Ultra, Yndi, Lala & ce, they have things to say about the place of women in music, their place in the galaxy of love… I really wanted this programming, which I knew that she was in the middle of the presidential campaign, tell that without highlighting it. That is to say: what is France? It is a multiple young generation, as our friend Stromae would say, who ask themselves essential questions which are those of gender, ecology, without raising their fists but in the very expression of their art. Jean-Michel Jarre in another genre, what is political is that I take him out of his logic of gigantism where he gives free concerts in beautiful places for 1 million people. There he is in the vicinity and works on the history of sound in public broadcasting.

You have always been keen to highlight emerging scenes, why is this so important to you?

I always thought that my rightful place was where I could bring to light what did not yet really exist to the ears of the general public. I follow artists out of loyalty and love, but what really interests me is what makes me throb: the discovery, the excitement when I come across a soundcloud… Sometimes I get too excited because I’m pretty excited by the idea of ​​what starts, what to do with vitality, fragility. I think we are lucky to be in a country that has crazy creation and creativity. When I started there was Daho coming, Niagara, the Rita Mitsouko, we already had the impression that it was the promised land compared to Sardou, Johnny and all the variety artists of the 1970s that I loved well huh, but it was ultimately still very limited. Today when we see the number of proposals that we have available with projects that are relevant, and often very ripe for emerging projects… I am fascinated by this generation.

In a joint interview in “Libé”, Jean-Daniel Beauvallet and Grégory Vieau express the difficulties that the musical media have in maintaining their roles as facilitators in the era of streaming, the proliferation of proposals and algorithms. In your opinion, is this also one of the challenges of the media?

There are so many proposals today that a well-established media outlet should have no difficulty in continuing to prescribe and give people guidance on editorial choices, which are not necessarily those of the platforms. streaming. It is said that music radios and radios are over, that young people no longer listen… Yes, there are figures that speak of that, nevertheless we have a radio station called FIP which is the only non-stop music radio without info, with an editorial promise that seduces and is perceived as a radio whose algorithms are pairs of ears and human choices. Today young people are governed in quotation marks by algorithms but we must continue to show that there are other ways of doing this job. You have to trust yourself and tell yourself that human expertise can never be swept away by algorithms. But algorithms are funny, I like them. It’s very curious to know sometimes on a title that you like, where it will take you. Then it has to be an additional tool.

There is also the question of the stage and the concerts that are now being watched in streaming. What is the future of live in your opinion?

The future of live is essential and is part of the uniqueness of the public service offer. What differentiates us from streaming platforms and private radio stations is that we have a force of proposal on the live which is without equal and which we must continue to develop. This festival is the illustration. The fact that the Maison de la Radio has been called Maison de la Radio et de la Musique since January 2021 also means that radio without music is no longer quite radio. We, as a public service, must defend the values ​​of cultural exception and it is the health crisis that has also forced us to highlight this mission even more. We are here to defend values ​​that are those of the Francophonie, French productions, musical diversity, and it is played on the playlist but also on the live. By 2025 we will have an unrivaled number of venues and that is also why I created the festival, to get a head start on this new configuration.

Marseille: Damso, second name of the 2022 edition of Marsatac