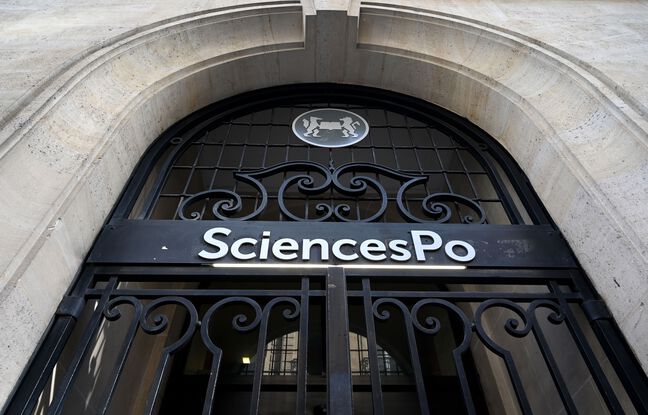 “The general need and the watchword is appeasement. Appointed in November, the new director of Sciences Po Paris, Mathias Vicherat, presented his roadmap this Friday at a press conference. “The different communities have expressed the fact of a need for appeasement, and a need for a collective”, he added, emphasizing “really wishing to develop collegiality” with teachers and students, for “the associate more”.

He announced that he was also going to launch in February “a major consultation of all employees and teachers” on “working conditions but also on the future of Sciences Po”. “I feel that everyone wants to find a new lease of life,” he said, recalling that “2021 has been extremely difficult, both in terms of health and institutionally. »

The fight against sexual violence, an “absolute priority”

Last year, Sciences Po was shaken by accusations of incest, dismissed due to prescription, brought against Olivier Duhamel, president of the National Foundation for Political Science (FNSP). This affair caused the resignations of the respondent in January and then of the director of Sciences Po Frédéric Mion, one of his relatives, in February. After several months of crisis, Mathias Vicherat, a former student of IEP Paris then ENA in the same class as Emmanuel Macron, had been appointed director.

With regard to sexist and sexual violence – on which the interim management of Sciences Po had announced a plan at the end of August based on a listening and monitoring system – the new director stressed that it was a “priority absolute”, on which he wanted to “go further”, promising to be “on these subjects of absolute severity”. “We hired at the beginning of the year, in January, a president of the investigation unit, which will make it possible to characterize the facts” to “accelerate the procedures”, he added.

For him, “we need a robust, concrete system to ensure that reports can be characterized, with a view to a decision by the head of the establishment”. Detailing his other priorities, Mathias Vicherat said he wanted to “combine the requirements of openness and excellence” of the IEP, which welcomed 29% of scholarship holders in 2021 against 24% in 2020.