Electricity prices: how the government intends to limit the rise in the bill in 2022 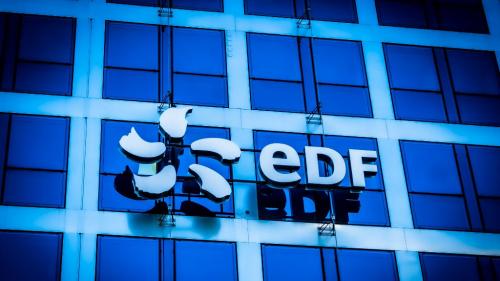 The price of electricity will not soar on February 1. The State is forcing EDF to limit the increase in regulated electricity prices to 4% in 2022, by forcing the energy company to sell more electricity at low prices to its competitors, the Minister of Energy announced on Thursday 13 January. Economy Bruno Le Maire.

Three months before the presidential election, the government thus wishes to take exceptional measures to protect the purchasing power of the French, with the establishment of the “tariff shield” on energy announced by Prime Minister Jean Castex, at the end of September. “Without government intervention”, the increase in consumers’ electricity bills in 2022 would have reached “35%”, assures Bercy in a press release (PDF). Here are the levers activated.

As a first step, the government has decided to lower one of the main taxes on electricity: the internal tax on final consumption of electricity (TICFE). From February 1, this tax will thus be reduced to the minimum provided for by European law: it will drop from 22.50 euros per megawatt hour (mWh) to 50 cents, the lowest price set by Brussels.

This should bring “massive support to the purchasing power of all consumers”, believes Bercy. This tax reduction represents a tax loss of eight billion euros for the State and makes it possible “to cover approximately 15 points of increase in the price of electricity”, according to the ministry.

Another lever operated by the State: forcing EDF to sell more electricity at low prices to its competitors. The volume of this electricity sold at a fixed price – as part of the mechanism called Arenh (Regulated access to historical nuclear electricity) – will thus be increased by 20 terawatt hours (TWh), from a total of 100 to 120 TWh . A mechanism which should allow EDF to sell a larger volume of electricity on the market and to retailers, to offer it at a lower cost to the consumer.

This volume, increasing from 100 to 120 Twh for 2022, will be accessible “to all consumers, individuals, communities and professionals, via their supplier, according to procedures which will be specified very soon”, specified the Ministry for Ecological Transition in a press release released on Thursday. “The suppliers will fully pass on the advantage withdrawn to the benefit of consumers. This point will be subject to close monitoring, in conjunction with the Energy Regulatory Commission”, adds the ministry, which invites consumers whose supplier would not respect the rules to be changed.

Since December, the government has been planning to raise this Arenh ceiling so that suppliers have more cheap electricity at a fixed price, even if it means slightly increasing the price paid to EDF (of which the State owns nearly 84%). This is what was announced. In exchange, the price paid to the energy company will be marginally raised from 42 to 46.20 euros per MWh, far from market prices, which peak around 250 euros. The bill turns out to be steep for EDF, with a loss of gross operating surplus of “between 7.7 billion and 8.4 billion”, estimated Thursday evening Bruno Le Maire in Le Parisien (article reserved for subscribers).

This drop valid “for the whole of 2022” should not be caught up next year, as the Energy Regulatory Commission (CRE) feared. “There will be no new increase in 2023”, thus committed the Minister of the Economy to the Parisian. “It is the State and EDF who will bear the cost of this measure.”