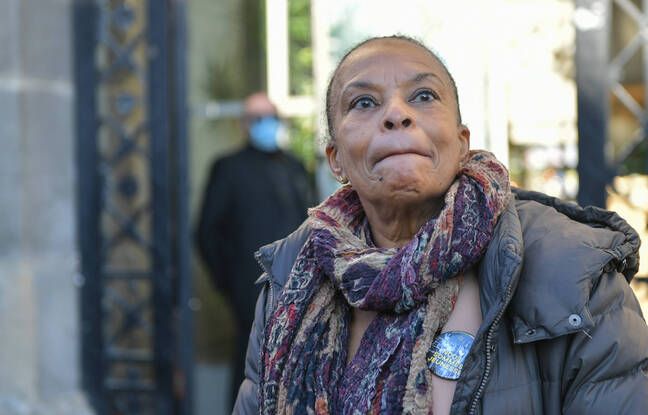 At the risk of adding even more confusion to an already largely fragmented left, but which she still hopes to bring together, Christiane Taubira should end the false suspense of her 2022 presidential candidacy during a trip to Lyon on Saturday.

Less than three months from the first round, the left will have six main candidates with it, none of whom for the moment exceeds the 10% mark in the polls, whether it is the rebellious Jean-Luc Mélenchon, the environmentalist Yannick Jadot, the communist Fabien Roussel, the cantor of “the Remontada” Arnaud Montebourg, however close to giving up, or the socialist Anne Hidalgo.

“The antidote to the weariness of the leftist electorate”

Last to enter the arena, Christiane Taubira had announced at the end of December that she planned to be a candidate “in the face of the impasse” of a left more than ever divided, and had made an appointment for January 15 to clarify her choice. The former Minister of Justice of François Hollande had assured that she would not be “one more candidate” and would put “all her forces in the last chances of the union”. Highlighting “the fervor” around her, the members of her team confirm half-word that she should formalize her candidacy during a militant rally for the union of the left on Saturday at midday, in the district. of the Croix Rousse.

A symbolic choice of the former Keeper of the Seals herself, in a nod to the Canuts, the former name of the workers in this silk district. She is “attached to ensuring that the voice of those who are struggling, of the forgotten, is recognized”, explains the president of the Radical Left Party, Guillaume Lacroix, a relative. In her statement, “she will talk about the background, her vision of France, what the left can bring to France, and what she can bring,” he explains. “Christiane Taubira wants to be the antidote to the weariness of the left-wing electorate who can no longer stand the dispersion,” adds Christian Paul, mayor of Lormes (Nièvre), who is campaigning alongside her.

Christiane Taubira will go “to the end”

Even if she has not yet registered a breakthrough in the polls, the Guyanese has already taken a step towards the presidential election last Sunday, promising to submit to the result of the popular primary. This provides for a citizen “investiture” from January 27 to 30, in which the other left-wing candidates refused to participate. Anne Hidalgo had however campaigned for a primary of the left. But faced with the refusal of others, she now says that she will go “to the end”, even if Christiane Taubira came first in the popular primary.

Christian Paul made him “the bet that in February there will be fewer candidates” and that “many will draw the consequences of the result of the primary”, which counts for the moment 120.00 registered to vote. The hypothesis of a victory for Taubira in the popular primary – whose voting methods will be presented on Saturday shortly after his declaration – is considered credible by many on the left, given the iconic image of Guyanese for some of the voters. – and a primary cut for it, according to the most critical.

But those around her consider that she is “taking a risk” by submitting to the outcome of the consultation, which would force her to join the winner, whoever it is. All assure that it is not a duel with Anne Hidalgo and that there is no desire to get the mayor of Paris out of the game, in great difficulty in the polls. “His political approach is not driven by any settling of scores,” says Guillaume Lacroix.

Christiane Taubira has however already made a few takes, such as the PS president of the Bourgogne-Franche-Comté region, Marie-Guite Dufay, and more symbolically, the historical head of security at the PS, Éric Plumer. An announcement that “shattered the mess”, according to an elected PS. Thursday evening, the PS mayor of Marseille, Benoît Payan, announced that he will support the winner of the popular primary, while calling on the left to unite. Ironically, the two candidates will be in the same sector on Saturday, since Anne Hidalgo will be traveling to the Lyon suburbs.