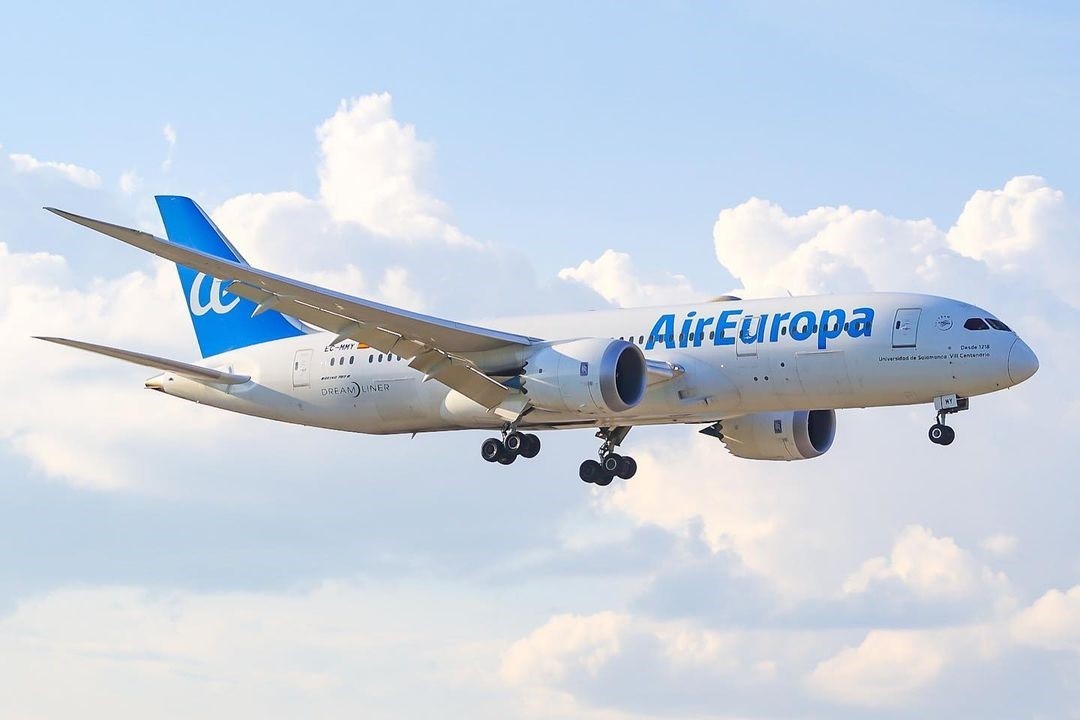 The First Vice President and Minister of Economic Affairs and Digital Transformation, Nadia Calviño, has admitted that the State is considering becoming a shareholder of Air Europa after the failed purchase of the Globalia group airline by Iberia, an operation that the IAG group company has promised to review before the end of this January. “At this time we are exploring all possible options,” the minister said in an interview with the Bloomberg agency.

The Ministry of Economic Affairs and Digital Transformation already stated in December that the Spanish Executive continues to “analyze the different options” that are open after the decision of IAG and Globalia to terminate the Air Europa purchase agreement by mutual agreement. Among those options that are being considered is that the State takes a minority stake in the company, sharing ownership of the airline with IAG, which would be in charge of management, and the current owners, the Hidalgo family.

In this way, the Government is considering acquiring a direct stake in Air Europa of up to 40%, as part of a plan to rescue the airline and comply with IAG’s requirement to reconsider a purchase operation, according to Bloomberg. citing sources of the negotiation. The talks are ongoing and there is no guarantee that an agreement will be reached, according to the same sources. Both representatives of Air Europa and IAG have avoided making statements in this regard.

IAG and Globalia announced on December 16 the final termination of the agreement signed on November 4, 2019 and modified on January 20, 2021, according to which Iberia agreed to acquire the entire share capital of Air Europa for 500 million euros. The financial difficulties that the Hidalgo airline is going through and the obstacles that the European Commission’s Competition authority places on the merger between the two companies motivated this decision. However, Iberia then assured that both companies “will explore a new agreement before the end of January 2022”, according to the statement sent to the National Securities Market Commission (CNMV).

In that communication, it was pointed out that IAG had closed an agreement of intent with Globalia to evaluate “other structures that may be interesting for both companies”, offering similar benefits for their shareholders, customers and employees. From Iberia they promised to explore “different alternatives of shareholding structures to try to articulate this operation with Air Europa”. In addition to the previously agreed penalty of €40 million, IAG will pay Globalia an additional €35 million for having aborted the operation. Both parties agreed that these amounts will be applied to reduce any future purchase price if a new agreement is reached and to avoid any litigation related to the acquisition.

Air Europa has received more than 600 million from the State between a bailout by the State Society for Industrial Participations (SEPI) of 475 million and a loan guaranteed by the Official Credit Institute (ICO) worth 140 million. One of the options that the Executive is considering to enter the shareholding of the airline run by the Hidalgo family would be to capitalize part of said debt.

But the situation in the sector is not the most propitious and Air Europa will find it difficult to repay the loans received at the expense of the fund for strategic companies within the six-year period established by SEPI. It suffered record losses in 2020 of 428 million, and in 2021 it will repeat similar red numbers, since it has barely been able to recover 19% of the traffic registered in 2020, being one of the airlines with the worst commercial performance last year, and 61, 5% less than the 13 million that flew on its planes in 2019. The aid fund provides in its statutes that, in the event of not being able to repay the loan, the State capitalizes that debt by taking a shareholding in the rescued company, although it would sit a dangerous precedent for other companies that have also required public rescue.