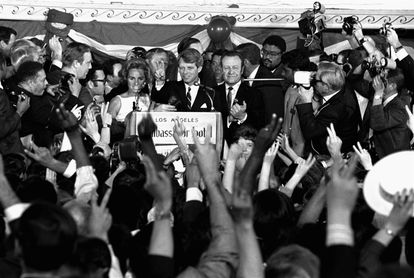 Senator Robert Kennedy in what would be his last rally. The politician was assassinated minutes after this act at the Ambassador hotel. Dick Strobel (AP)

There will be no freedom for Sirhan Sirhan. Gavin Newsom, the governor of California, had the last word on the future of the man who killed Senator Robert Kennedy one night in June 1968. The state freedom board had recommended his release from prison last August. But Newsom has said this Thursday that it will not be so. “After decades in prison, he has failed to address the deficiencies that led him to assassinate Senator Kennedy…Mr. Sirhan lacks the insight that would prevent him from making the same dangerous decisions of the past,” Newsom argued in his negative.

This was a dilemma that the Governor of California pondered for almost five months. In his hands he had the resolution of what today he has called “one of the most notorious crimes in the history of the United States.” He himself, a star of the Democratic Party, has said publicly that he follows not only the wake of the Kennedy family, but especially that of the legislator whose life ended at the Ambassador Hotel after a rally where he celebrated his victory in the primaries heading for the nomination. presidential. In his office on his desk, Newsom has a photograph of Bobby Kennedy with his father, Judge William Newson. It was difficult for him to give up.

The refusal closes for the moment a new chapter in the story of Sirhan Sirhan, a 77-year-old Palestinian immigrant who is imprisoned in southern California, in a San Diego prison. In August, the man, who was 24 years old when he committed the crime, assumed in a videoconference with those responsible for the prison system “responsibility” for bringing the .22 caliber revolver to the hotel on Wilshire Street and having discharged it against the brother minor of President John F. Kennedy, who had been assassinated in Dallas nearly five years earlier. 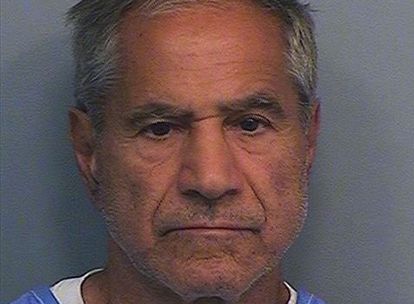 Sirhan Sirhan, the assassin of Robert Kennedy, in a 2016 image.California Department of Correct (Reuters)

The admission of guilt, which Governor Newsom questions in a long text, was not new. Nor has it been constant. In the 1980s, Sirhan Sirhan confessed in an interview that he was motivated to kill after hearing the presidential hopeful promise military support for Israel. In the following years he was modifying and qualifying his version. This has made extremist groups in the Middle East consider him a hero. One of the commissioners who valued his release had warned that his return to society could become a symbol for radical Palestinians.

Newsom, a progressive who aspires to penal reform, had given some clues as to what he thought in this case. He reminded reporters accompanying him in Sacramento that months after his arrival at the government palace, he decorated the halls with photographs of funeral honors held in Kennedy’s memory. “This is very emotional and raw for people,” he said in September, after saying his office had been inundated with calls from supporters and detractors. Not to request or not the murderer’s release, but to use the news as a catharsis of what that assassination in the late 1960s meant to ordinary Americans.

“The assassination not only changed the course of this nation and robbed the world of a very promising young leader, it also left eleven children fatherless and his wife husbandless,” Newsom writes. in a published argument in Los Angeles Times. The politician believes that the murderer has not prosecuted his crime adequately, which, in his opinion, is perceived in the “narrative changes” in his version. “Unbelievably, in the 1990s, Sirhan began to evade responsibility. He said that he did not remember the crime, later he declared himself innocent. In 2016, he stated that he believed he had not committed the crime, based on what he had read in his lawyer’s notes. And last year, Sirhan set himself up as a victim, saying he had been in the wrong place at the wrong time,” Newsom continues.

Sirhan, who was arrested that night in June 53 years ago, first received the death penalty. This was later converted to life imprisonment. In 1986, thanks to his good behavior, he aspired to parole, but this was denied by the board on 16 occasions. Sirhan, who hoped to be released and leave the United States for Jordan, heard the final no on Thursday.

This is not the first time the governor has shied away from controversy in a contentious case. In December 2020, he denied parole for the fourth time to Leslie Van Houten, a follower of the Charles Manson cult, who will serve 50 years in prison in 2021. Last summer, Newsom also denied parole to Royce Casey, a man who He has been in prison for 26 years for the terrible murder of a 15-year-old girl committed in San Luis Obispo. Casey converted to Christianity and has been a model of behavior since his arrival in prison, but the change in his life does not guarantee his freedom while Newsom remains governor of California. The same will happen, for the time being, with Sirhan.