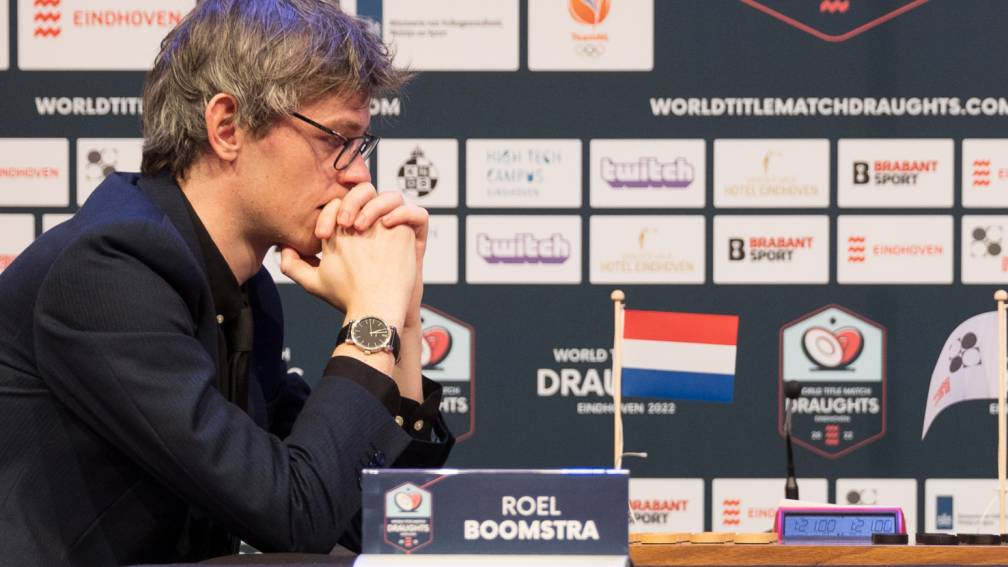 Roel Boomstra dealt a big blow to title holder Aleksandr Schwartzman in the match for the world title in drafts. The Dutch challenger won the eighth game with black and now leads 11-7.

The first seven games in Eindhoven had only resulted in draws. Boomstra managed to win a tiebreak after the sixth match and therefore already took the lead.

Boomstra quickly created an advantage with Black, after which Schwartzman had no chance at all after the 35th move. After 39 moves, he congratulated the Dutchman.

The player with the most points after twelve matches wins the world title, provided he has won at least three times.

Boomstra, world champion in 2016 and 2018, is in the best position with two victories under his belt. There are now four regular matches on the program, followed by tiebreaks if necessary.