When Vincent Aboubakar, the captain of Cameroon, played in Valenciennes

“This is one of the greatest mess in the history of the club. Ten years later, Francis Decourrière still has it in his throat. President of Valenciennes from 2004 to 2011, the former leader of the northern club is the first who brought in
Vincent aboubakar in Europe. Bought 250,000 euros in 2010, the new captain of Cameroon, who faces Ethiopia this Thursday in the African Cup of Nations, however left Hainaut three years later.

A real shortfall for the club, which is still biting its fingers for not having believed in him enough. “If I had to do it again, I would make another decision,” says Jean-Raymond Legrand, Francis Decourrière’s successor at the head of the VAFC (2011-2014). There is something to blame because, after leaving VA, Aboubakar will explode in Lorient (16 goals) before leaving in 2014 for 13 million euros in Porto. The 30-year-old player, who now plays for Saudi club Al Nassr, has come a long way, unlike a Hainaut club that has been stuck for eight years in Ligue 2. 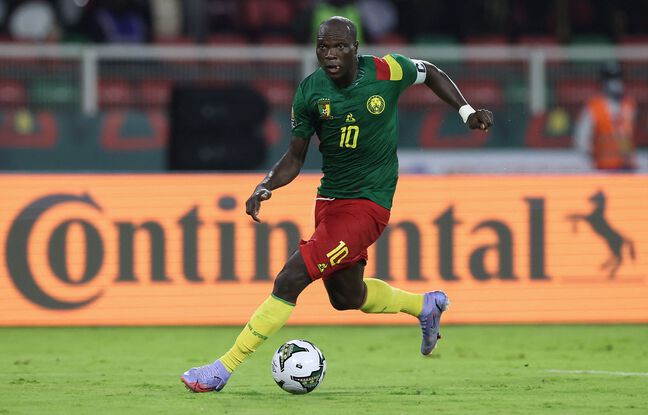 When Zambelli has to convince an entire village

However, Valenciennes was not unaware at the time of the potential of the kid snatched at 18 years old with the nose and the beard of Monaco and Anderlecht. “We got the tip from Paul Le Guen who was then Cameroon coach. Henri Zambelli, then responsible for recruitment, contacted his Garoua club. He left there for a three-day trek. And to convince him to come, he met the president of the club but also the family, the mayor of the village. It was a real ceremony, ”Decourrière recounts.

Eleven years later, Henri Zambelli has not forgotten anything about his African journey. “I went to see him play at Garoua. He planted four goals and, at the end of the game, I immediately called my chairman to say it had to be done. In the movements, in the stalls, the power he had, his impact, his ball strike, I was convinced. I stayed three days in his village, I argued at a family reunion with the officer, the brothers, the whole family. I hadn’t done too badly, ”is satisfied with the former club recruiter.

“To kill time, he drew portraits”

Good pick, because, in the wake of his transfer, Aboubakar is selected for the 2010 World Cup with the Indomitable Lions. On paper, everything seems to come together for his career to take off. But the discovery of Europe is a real culture shock. “He arrived on tiptoe. He was introverted, fearful and found himself somewhat on his own. He lived alone in an apartment in the city center in which I had gone to install a satellite dish for him to receive Cameroonian TVs. But he was really bored. To kill time, he liked to draw and made portraits of players like Balotelli’s for example, ”remembers Majid Belhouari, employee of the VAFC.

Landed in France without friends or family, Aboubakar is totally uprooted and even has the pain of losing his father during his first months at the VAFC. Responsible for player safety, Aziz Errami was then tasked by the club with accompanying him outside of training. For three years, this Valenciennois will play the role of substitute father.

“He knew nothing about life and was astonished at everything”

“He would come to our house to eat every night and watch TV with me. No one was calculating it at the time. He was really landing. He didn’t know anything about life and was amazed at everything. One evening, we were watching a war movie on TV. The Germans had taken hostages and threatened to shoot them. At one point in the film, a hostage gets up, runs and begins to be shot. Vincent then jumped up from his chair screaming: “Nah, stay in bed!” »Laughs again the one Aboubakar affectionately calls« Mr. Aziz ».

Fortunately, on the pitch, things are going better, especially in his first year. History of delaying the time to return to his apartment, he prolongs the training sessions by strafing in the goals a certain Philippe Montanier, his coach at the time and former professional goalkeeper. The first steps are promising, like this hat-trick scored one night of the Coupe de la Ligue against Boulogne (4-0). “He had a lot of room for improvement but we felt he had qualities. On 4-5 balls, he could break your back, ”recalls Henri Zambelli.

Very shy, except to talk about football

Sensing the boy’s potential, Maxime Parent, press officer at the time, and Majid Belhouari devoted a web series to him on the club’s website. Still visible today, the seven episodes of “When the lamb wants to become a lion” recount the player’s first steps in Ligue 1. “We said to ourselves that there was a story to tell. Vincent was very shy except when we talked to him about football. And there, we could see his determination appear. He kept telling us that he wanted to be better than Eto’o. What is funny is that ten years later, the CAN is played in Cameroon with Vincent captain and Eto’o, president of the federation, ”emphasizes Majid Belhouari.

But before becoming an idol in the country with, as a climax, the goal of victory in the final of the CAN 2017, Aboubakar also had to swallow snakes. If his first year in Valencia went well, the next two will not be of the same ilk. Successor of Philippe Montanier in the summer of 2011, Daniel Sanchez does not believe in the potential of the boy considered too clumsy. Despite a few highlights, Aboubakar is gradually losing confidence. Taken in flu and whistled by the public, helmed by Le Tallec in the first team, the player lives his last season at VA like a Stations of the Cross.

“He lost the confidence of the staff and he suffered from it. Even though he was clumsy, his teammates recognized that it was a phenomenon. But the club has not been patient with him. When he left, someone from the club even declared in front of us that he would have been ready to pay for him to leave, ”assures a former employee of the club.

President of VA at the time, Jean-Raymond Legrand nevertheless claims to have made an offer to the player before turning around. “His contract extension was ready but Daniel Sanchez, the coach at the time, advised me against signing him again because he did not believe in him. I was a young president and I listened to him. I still have a lot of remorse, ”says the former leader.

For his part, Aziz Errami has another side of the story. “I advised him not to extend because the club did not respect him. Lorient and Bastia wanted it. I told him to go to Lorient because I knew that Christian Gourcuff, who was a coach at the time, was going to help him improve. He listened to me. Nine years later, Aboubakar has never had to regret it, unlike a VAFC who probably missed out on the biggest transfer in its history.