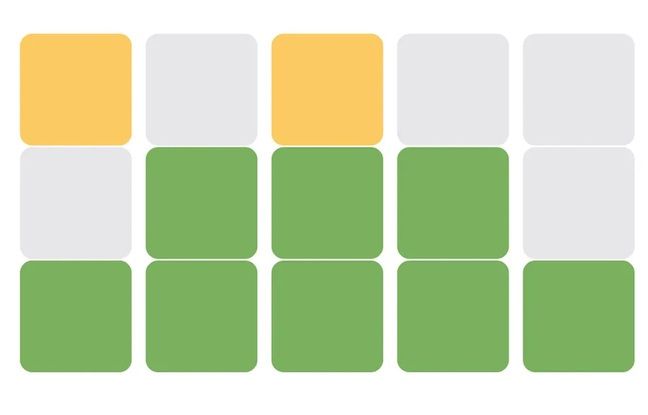 You know Wordle ? Five letters, six essays, and one word to discover per day. This online game is very successful on social networks in the United States. “It makes you addicted”, confides to AFP Susan Drubin, an American daily player of Wordle.

“It’s great, it only takes you a few minutes, and it’s a nice little distraction,” adds the 65-year-old retiree from Maryland. According to the New York Times, on November 1, 90 people had tried to find the word of the day. Two months later, on January 2, they were over 300,000.

The principle is childish, and close to Motus (Motus!): It is a question of guessing the famous word of five letters, in six tries maximum. Each letter guessed in its right place appears in green, a good letter misplaced in yellow. For all of them, it is a question of finding the same word every day.

If this fails, you have to wait until the next day. After starting playing it a few weeks ago, Susan Drubin has joined the thousands of players who share their daily scores on social media with the hashtag #Wordle, and six rows of five colored rectangles showing how many tries they are taking. have elucidated the riddle.

Part of what is special about Wordle is that it was designed by computer engineer Josh Wardle not to be sold to the general public, but simply as a means of entertainment. This Briton, living in New York, has decided not to monetize the game. “People appreciate this stuff online that is just fun,” Josh Wardle told The New York Times. Wordle “doesn’t try to do anything fishy with your personal data.”

No advertising appears on the site, but some have already taken to wanting to copy the principle, and to make money from it. For Mikael Jakobsson, research coordinator at the Game Lab of the Massachusetts Institute of Technology, Wordle should be classified in the category of “hobby” games.