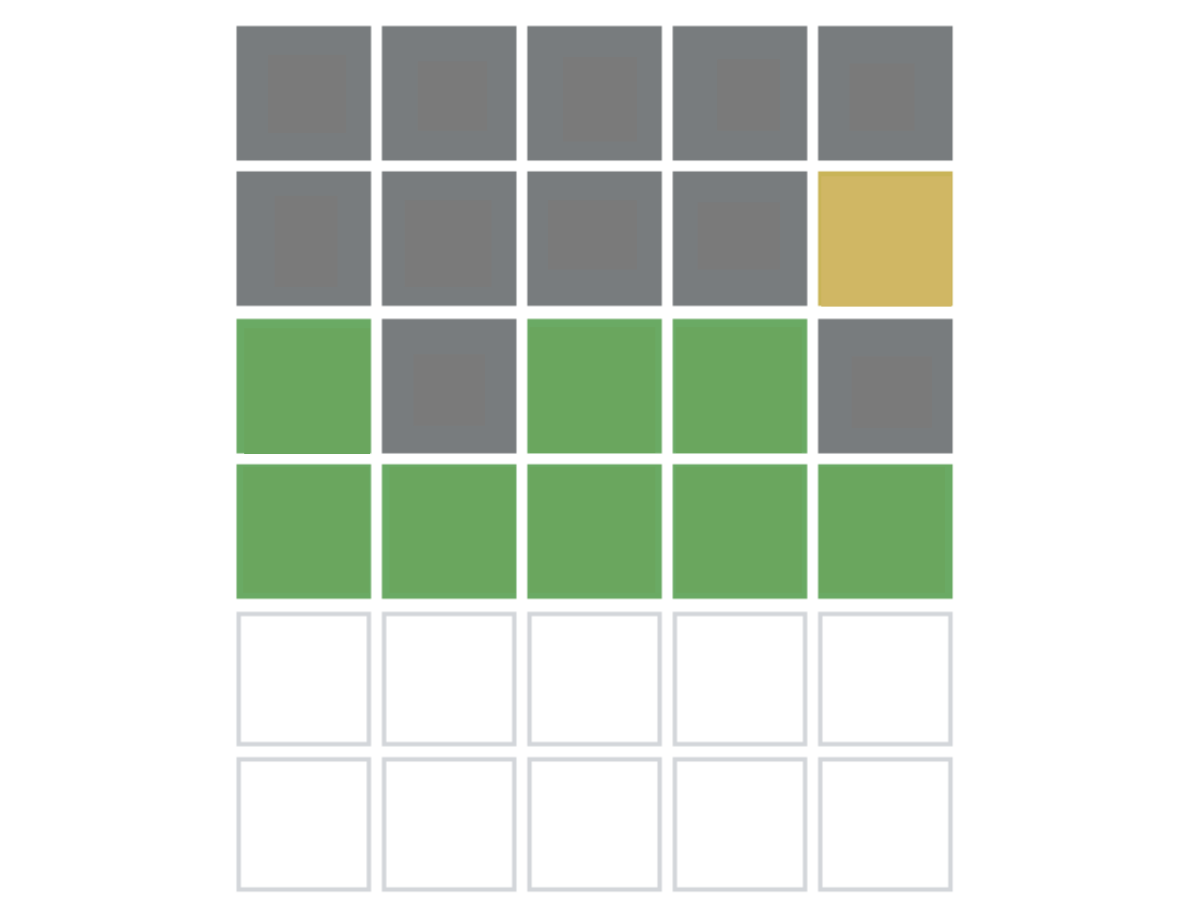 For a few days it has been difficult to enter Twitter and not see people sharing gray, yellow and green squares. Are the results of a word game called Wordle. Although the original is in English, there are already versions in other languages, including español, Catalan Y Galician, and it is one of those beautiful things that give one back faith in the internet and in humanity, in the spirit of exaggeration, but not much.

The mechanics are simple: you have to guess a five-letter word in six attempts. With each test, the game tells us which letters we have hit. If it is in green, it is where it touches, and if it is in yellow, the letter is in the word, but the position fails. A few tweeters were has remembered Lingo, the contest that Ramoncín presented in La 2 and that, like Wordle, was a version of the board game Mastermind, but with letters and not colors. (If you have caught these two references, the third dose of the vaccine has fallen or, as in my case, is about to fall).

In The New York Times explain the history of the game– Brooklyn engineer Josh Wardle (yes, the name is a reference to his last name), designed it for his partner, who enjoys hobbies like crossword puzzles and Spelling Bee from that same newspaper (which, incidentally, has a version in Catalan that is also very popular, Parallogical). It ended up becoming the topic of conversation for the family WhatsApp group and they decided to publish it for whoever wanted to play. At the beginning of January, 300,000 people were trying to guess the word every day.

According The Guardian, the possibility of sharing the result, only with squares and without gutting the solution, accelerated its popularity. Normal, of course: many more people found out about its existence much faster, which is helped by social networks. We often see it with horrible things that we would rather not know about, but it also happens with good ideas like this. Although there are already tweets that teach mute the squares in case someone is tired of seeing them.

Another key to success, although it seems counterintuitive, is that you can only guess one word every 24 hours. This may seem frustrating because the game is fun and engaging, but the author explained to Times That feeling of scarcity has helped people want more. And I would add that it is good to know that you are going to spend a few minutes playing and that is not going to happen to you that when you look up from your mobile, seventeen years have already passed.

Word games are very popular, perhaps because in the end it is about playing with something that we use every day to think, talk, laugh and other worse things. We have a few examples, starting with crosswords, which also went through a period of mass phenomenon in the 1920s. This fad led librarians to complain that fans they used dictionaries and encyclopedias, trying to solve the most elaborate clues. And according to Màrius Serra in his book Verbalia, a judge agreed with a Chicago woman, Mara Zaba, who took her husband to court for the marital abandonment suffered as a result of this pastime: the sentence forced Mr. Zaba not to resolve more than three a day.

This would not have happened with Wordle, unless it could play in many languages. At least for now: the ill-wishers already fear that the page will invent a paid version to play dozens of words a day or that it will get clones that do it. It may be, but for now we have a great gift.

Yesterday: I do not understand why you put how you have done the wordle I do not know
Me today: look, I got it right the second time, how good I am