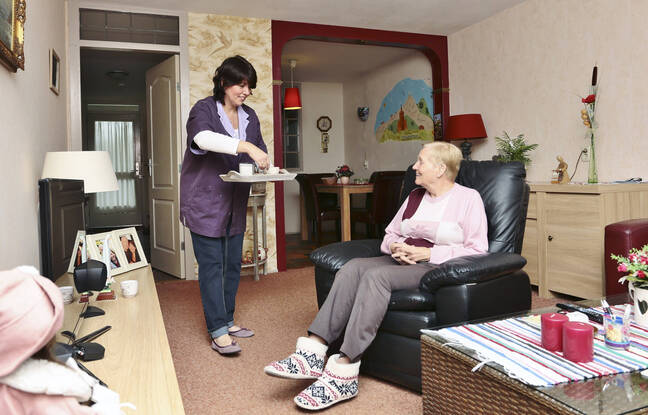 It is a dead end that does not date from yesterday and from which France is unable to get out. While our country had 5.6 million unemployed in December 2021, more than one in two companies is encountering persistent recruitment problems, according to an economic report from the Banque de France published on Tuesday. And these difficulties have only increased: “In 2019, according to Dares and Pôle Emploi, 6 out of 10 trades were in high tension, while only 1 in 4 were in 2015”, underlines the Economic Council, social and environmental (Cese), who presented an opinion on the subject this Wednesday, responding to a referral from the Prime Minister.

This problem is all the more worrying as the job market is picking up, despite the epidemic outbreak linked to the rapid spread of the Omicron variant. “The labor market has experienced unprecedented dynamics for six months and the unemployment rate is at one of its lowest levels for fifteen years. Business demand for labor exceeds the available supply in some sectors. These difficulties are penalizing for their activity ”, declared to the Cese Elisabeth Borne, the Minister of Labor. However, according to INSEE, job creations will be around 80,000 in the first half of 2022. And according to the Banque de France, 300,000 jobs are already vacant for lack of candidates. Positions in various fields: IT executives, home helpers, servers, social workers, household help, truck drivers, engineers in industry, surveyors, adjusters, electricians, cooks …

More retraining since the Covid-19

Among the identified causes, the lack of attractiveness of these so-called “strained” professions, “because of their arduousness or their low remuneration”, underlines Thierry Beaudet, president of the Cese. Or the staggered schedules that they impose. The lack of qualified workers in certain specialized fields is also one of the major reasons for this problem, particularly in industry, IT and construction. Certain professions also suffer from a bad image. “The industrial sectors have difficulty attracting candidates, particularly in trades of skilled workers and technicians, despite initial and vocational training systems often developed as closely as possible to the needs of the professions”, underlines the Cese.

The geographic mismatch between labor supply and demand is also a reality, explains Frank Ribuot, president of the Randstad France group: “In very rural places, some people do not have the capacity to be transported”, this which prevents them from being mobile and accessing certain positions. But the health crisis has also accentuated these recruitment problems, as pointed out by Pierre-Olivier Ruchenstain, rapporteur for the Cese’s opinion: “It has changed the expectations of employees in terms of work-life balance”. More desires for reconversion were also expressed: “25,000 people were thus unavailable at the time of the reopening of hotels, cafes and restaurants”, he underlines. France is not alone in suffering this phenomenon: “The United States has experienced a large-scale phenomenon,” the big quit “. It is estimated to date that 20 million American workers have resigned after the Covid-19 crisis, ”he continues.

Negotiate in each sector of activity

An observation that calls for action. The Cese believes that the solutions will go through branch negotiations. In particular on salaries, knowing that in October 2021, 45 branches out of 220 still had minimums below the minimum wage. And by setting up advantages in favor of the purchasing power of employees, such as lunch vouchers and childcare vouchers. The Cese proposes that these collective advantages benefit from a tax and social exemption, provided that the contractual remuneration is at least equal to the minimum wage.

Among the Cese’s other recommendations, the development of childcare offers for young children and the reduction of expenses incurred by parents to meet them. He believes that employers’ groups (which share a workforce) should also be developed. According to the Cese, this can “represent a concrete solution to recruitment tensions for small structures that do not benefit from human resources services”.

It is also imperative, according to him, to better orient the pupils towards the trades which recruit. In particular by making people discover promising professions from college, through company visits, interventions by company directors or professionals in classrooms, observation internships, etc.

Certain branches did not wait for the recommendations of the Cese to start moving: the hotel and catering employers proposed in December a new salary scale ensuring a minimum remuneration greater than 5% than the minimum wage, and which would result in ” an average increase of 16.33% compared to the current grid ”. Negotiations with the unions are not yet over.

For its part, the government presented in September a plan to reduce recruitment tensions, which is essentially based on training for shortage occupations. The State will release 600 million euros to allow SMEs with less than 300 employees to train 350,000 additional people. And an additional 560 million euros will be allocated to train 1.4 million job seekers in 2022. Finally, 240 million are planned to finance hiring bonuses under professionalization contracts for long-term job seekers. . Will this be enough to create vocations?