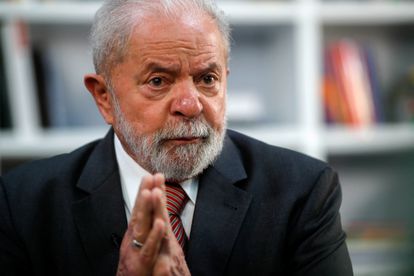 The Spanish labor reform has become the protagonist of the electoral pre-campaign in which Brazil is immersed. Former president and candidate Luiz Inácio Lula da Silva placed the matter in the debate with a tweet in which he encouraged his compatriots to “closely follow” the project with which “President Pedro Sánchez is working to recover the rights of the workers ”. The reactions, for and against, of allies, detractors, analysts and editorialists are the subject of political debate in these days of summer recess. The leader of the Workers’ Party (PT) and the Spanish Minister of Inclusion, Migration and Social Security, José Luis Escrivá, participated this Tuesday in a closed-door virtual seminar on the matter.

At the meeting there were also representatives of the PT, the Spanish Socialist Workers ‘Party (PSOE), Brazilian unions, the UGT and Workers’ Commissions, according to the note released by Lula’s party. This indicates that “the Spanish exposed the experience of the public debate for the review and recovery of rights” lost in the 2012 reform “with the aim of achieving fair compensation.” The Spanish minister affirmed, according to the PT, that “it is a lie that the competitiveness of a country is achieved by reducing wages. It is achieved with better wages combined with the qualification of the workforce ”. He adds that, since Sánchez governs, “the minimum wage in Spain has increased by 38%.”

It is important that Brazilians closely follow what is happening in Spain’s Labor Reform, where President Pedro Sanchez is working to recover workers’ rights.https://t.co/c4vH9SNXxH

Employment and income will surely be, with the economy in general, the main issues of the campaign for the general elections that Brazil holds in October. The situation is bad, as indicated by inflation (10.06%) and unemployment (12.6%).

In his tweet, Lula posted a press release that summarizes in detail the reform agreed to by the Spanish Government, the unions and the employers. By the time President Sánchez tweeted his thanks, the matter was already at the center of the political-media debate. That the project was born from consensus increases its attractiveness.

Spain was already the inspiration for Brazil in 2017 for the labor reform promoted by Michel Temer, which was of enormous magnitude. In that case, the model was Mariano Rajoy’s project.

With this move, Lula introduces the precariousness of employment in the electoral debate just on the fifth anniversary of the spending ceiling, also approved in 2017, shortly after the dismissal of Dilma Rousseff, also from the PT. President Jair Bolsonaro has temporarily relaxed it with his sights set on the elections.

By the way, the applicant throws two winks: one, to the millions of Brazilians who try to earn a living driving motorcycles or cars for applications such as Uber or Ifood; the so-called new urban proletariat are often people who lost a formal job. And two, to the unions, which are a substantial part of the PT and are assisting in recent months in the efforts of the former president to win allies in the center-right and weaken the resistance of the business community.

This is a collective achievement of Spain, a commitment of the Government and an example that, with dialogue and agreements, we can build a more just and supportive country.
Thanks, @LulaOficial, for recognizing this new model of labor legislation that will guarantee the rights of all. https://t.co/nw7oxAQ59K

Lula is like the Russian Gorbachev in his day. It is more popular abroad than at home. His recent tour of Europe was a success, he managed to be received by the main leaders. In Spain, he met with President Sánchez and Vice President Yolanda Díaz, among others.

The PT was born in 1980 to defend the rights of workers like Lula himself, who was a metallurgical union leader and at first resisted jumping into politics. He believed that the unions were enough. He changed his mind when he discovered that there were only two workers in Congress, according to a recently published biography, Lula. During his two terms as president (2003-2011), his economic policy did not depart from orthodoxy. Rousseff’s is harshly criticized, blamed for the two-year recession.

For the PT, the reform created precarious contracts, outsourcing, and facilitated layoffs. The great argument of the Government then was that two million jobs would be created in two years; six million in a decade (Brazil has 210 million inhabitants). Even the then president, Michel Temer, admitted after leaving office that his forecasts were exaggerated. Faced with predictions, unemployment rose (even before the pandemic) and workers have lost purchasing power.

Lula has resurrected the issue for the political agenda in his style, without great details, without specifying whether he is in favor of repealing the reform, introducing changes or making simple adjustments. The matter apparently caused some friction with Geraldo Alckmin, of the center-right, whom Lula defeated in the 2016 presidential elections and whom he now wants as vice president. He is confident that together they will make Bolsonaro the first president, since the return of democracy in 1985, who fails to be reelected.

For now, on this matter and others Lula prefers to listen. This is not the time for great definitions. As he needs numerous and disparate political and territorial allies to win an election, he is still in no rush to confirm whether he will run. Although he has already warned that “besides God, only the party” can prohibit him from being a candidate. Before drawing up the program in your fine print, you must decide who will accompany you as a candidate for vice presidency.

The controversy over the scope of a labor reform if the PT won the elections has also exposed the different souls that live together in the largest political formation in South America. “We already have the path,” said the president of the PT, Gleisi Hoffman, referring to the Spanish labor reform, but also to “the revocation of the privatization of energy companies” by Argentina, that is, the expropriation of Repsol of its subsidiary YPF in 2012.