European Rugby Cups: “We did not expect that”, explains Stade Français general manager Thomas Lombard after the EPCR decision 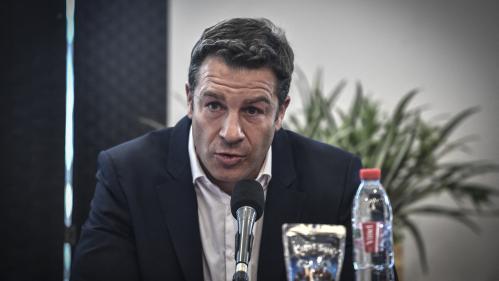 We knew the rugby matches in the depths of winter were less prolific than the others, but this second day of the European Cup is particularly so. Champions Cup and Challenge Cup combined, this day finally gave birth to seven draws (0-0). But this time, the players have nothing to do with it. While seven Champions Cup and Challenge Cup matches have been postponed due to the tightening of travel restrictions between France and the United Kingdom, the EPCR, the organizing body of the competitions, delivered its verdict on Tuesday January 11: these meetings of the 2nd day will not be replayed.

A decision considered arbitrary and which makes cringe on the side of the French clubs. The Stade Français in particular, which is celebrating its return to the queen of European competitions this season, was to host the Bristol Bears. After a first heavy defeat at Connacht (36-9), the capital club therefore lost new precious points with a view to qualifying for the final phase. Its general manager, Thomas Lombard spoke for franceinfo: sport.

Franceinfo: sport: How did you receive this announcement from the EPCR?

Thomas Lombard: With a lot of surprise. I learned about it a little earlier because we had meetings that gave us this decision. When discussions took place between the clubs and the EPCR in December concerning the risks of remaining stranded in Great Britain at the end of the year and that a firm postponement of the meetings was obtained, we did not expect not at that. A few weeks later, it is no longer a postponement but draws. It’s not quite the same thing anymore. Obviously this has sporting consequences since it is a match that we had to play at home, that we had already lost the first match and that in the European Cup, we know that a lost match at home greatly limits the chances of qualification. In addition, this also has financial consequences, both on ticketing and on our services with partners. These losses amount to between 300,000 and 400,000 euros.

Would a postponement have been possible given the timetable?

It was not up to us to make this proposal, it was up to the EPCR to do so when they accepted the postponement. There were possibilities by changing the format of the competitions: by making the round of 16 in a dry match on the top-ranked field instead of the two-way matches, by postponing during the Six Nations Tournament or by week. It’s a decision we could have had together.

The Club takes note of the decision of the EPCR not to replay the Paris / Bristol meeting (@ChampionsCup, J2) and allocate 2 classification points to the 2 clubs

➡️ We are now contacting our supporters to refund tickets#SFPvBRI

With these events, this is the third season in a row that the European Cups have been turned upside down. Finally this year, what remains of the competition when the first two days were so disrupted?

She is suffering the full force of Covid-19. No one is responsible at the level of the EPCR on this. What is certain is that the trade-offs between defeats, draws and uncertainties over the days are complicated. We are told: “Yes ok, we postpone but no, in the end we do not postpone”. It is already a competition which is difficult to read because it takes place over a wide period of time, there it is even more so. I understand that there are situations that make it impossible to adapt, but the competition becomes very hard to read.

After a heavy defeat and then a draw (without playing), isn’t it finally tempting to give up this competition to devote himself 100% to the objective of maintaining the Top 14?

We need to play, we had successive postponements and a team needs rhythm. We need to keep and find a certain dynamic, international players have very important matches. We are trying to fight to keep a competition for French rugby and European rugby. We have to understand that it is in a difficult situation, we have to give ourselves the means and that we keep this competition which is important. We still have two games left, we go to Bristol and we host the Connacht. Moreover, Bristol already has seven points, with a draw and an improved victory, but they still have not played a single game … (Bristol’s first two games did not take place due to the Covid case: an enhanced victory and therefore a draw on the green carpet have been decided).

In this uncertain situation, how will you prepare for this trip to England?

We will test our players tomorrow (Thursday), we will have a first overview of the situation. Then then we will advise. What we already know is that we will have to respect a quarantine of 48 hours when returning home. This is why we make the round trip during the day.