VIRAL: A man carries his father on his back for 12 hours to take him for vaccination

An inhabitant of a village in the Amazon jungle, Tawy Zoé, showed the immense love he has for his father, because he did not care about the distance and He held it for six hours to receive its first dose of COVI-19 vaccine.

Tawy carried his father Wahu Zoé for 6 hours inside a forest with hills, streams and obstacles to where the vaccination base was located.

After the lord, who is of legal age, was inoculated, Tawy put his father back on his back and walked another 6 hours until he returned to his village.

The emotional event was captured by the neurosurgeon and indigenous health expert in the Amazon Erik Jennings, who published the image of Tawy carrying his father on his back. 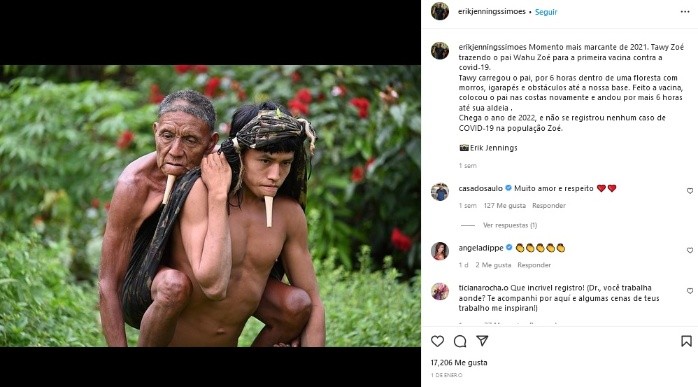 Jennings’s post garnered more than 17,000 “likes!” As well as dozens of approving comments for this act of love.

What’s more, Jennings noted in the image that to date no cases of COVID-19 have been recorded in the town of Zoé.