Two years later, “the number of deaths from Covid no longer interests anyone” 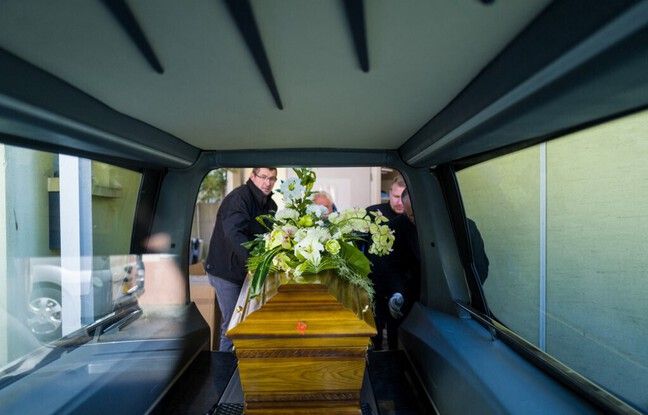 The Covid-19 pandemic has claimed more than 5.5 million deaths worldwide, according to counts from the American Johns Hopkins University and the European Center for Disease Prevention and Control, including 125,718 deaths in France. Numbers you probably don’t know – or more.

And for good reason, while the daily number of deaths was massively monitored during the first confinement, the death toll gradually became commonplace, before being almost passed over in silence and no longer of interest to many people. Even the milestone of 100,000 deaths in April 2021 had been experienced more as a fate than a tragedy. While two years ago to the day, China recorded its first official death from the coronavirus, on January 11, 2020. death, collectively, is no longer mourning now.

The hell of death is other people

The West did not wait for the Covid-19 to lose interest in mourning. Marie-Frédérique Bacque, psychologist and director of the International Center for Studies on Death (CIEM), reminds us: the French, for example, have very little knowledge of the number of deaths per day or per year in the country, pandemic or not. . “Death does not interest the Western world for a reason of” moral capitalism “: a dead person is not materially productive. Death is reduced to a perception of danger to the living. This fear has replaced the respect and importance of the deceased, ”depicts the expert.

This premium given to the living can explain this lack of interest in the number of deaths. The Doctor of Philosophy of Health David Simard reveals that today, between mass vaccination and the idea that only fragile people die, “the major part of the population feels protected against the coronavirus, which was not not the case during the first wave ”. The dead would interest us collectively less because we would feel less concerned by their fate than in the past.

In France, 91% of coronavirus deaths were aged 65 or over, and 65% suffered from comorbidity according to data from Public Health France. The median age of the country is 41 years, which may explain the distancing of the population for these deaths, in particular with a “repulsion-fascination” for death, as Marie-Frédérique Bacque explains: “This polarity makes death unrepresentable and creates avoidance of death. I just don’t want to be a part of it, ”whoever passes away as long as it’s not me.

The advanced age of the victims may also have led to the idea that these deaths were natural, were part of the cycle of life or would have happened no matter what, a highly publicized discourse as David Simard reminds us: little eugenics develops, on the fact that only the apt should survive. “Suddenly this alleged discourse” death is part of life “is an illusion, explains the philosopher:” In reality, this logic excludes death since it implies that people able to live will stay alive. Only those who must die die, according to this reasoning. “In 2020, mortality increased by 9% in France compared to 2019 according to INSEE, or 53,900 more deaths due to the coronavirus.

Two years will soon have elapsed compared to the count for March or April 2020, and this duration may explain the trivialization: “There is no longer the stunning effect of the first wave, the number of deaths s’ is trivialized, it no longer interests people, ”analyzes David Simard. As the months go by, the number grows, making it more and more difficult to imagine. “Behind the large numbers, there is a loss of representation of lives and the drama that this induces,” concludes the philosopher.

To this derealization, has been added, by dint of sanitary measures, a thought of “this them or us”. The deaths of others were seen as a sacrifice to be paid so as not to be re-fined or under a curfew.

Dehumanization of the deceased

The dead are all the more dehumanized in France because of a purely quantitative representation. 125,718 dead are no longer 125,718 mourners. The deceased are returned to the rank of simple statistics. “These numbers do not replace the emotional aspect of what the bereaved have experienced,” says Marie-Frédérique Bacque.

Precisely, unlike other nations like Spain or England which have organized buildings or ceremonies in tribute to the dead of the coronavirus, France has never organized collective mourning about the epidemic, criticizes the psychologist: “Recognizing that people have died too soon is nevertheless essential humanity. “In the meantime, 208 deaths per day from the coronavirus are recorded on average in France, in relative indifference.